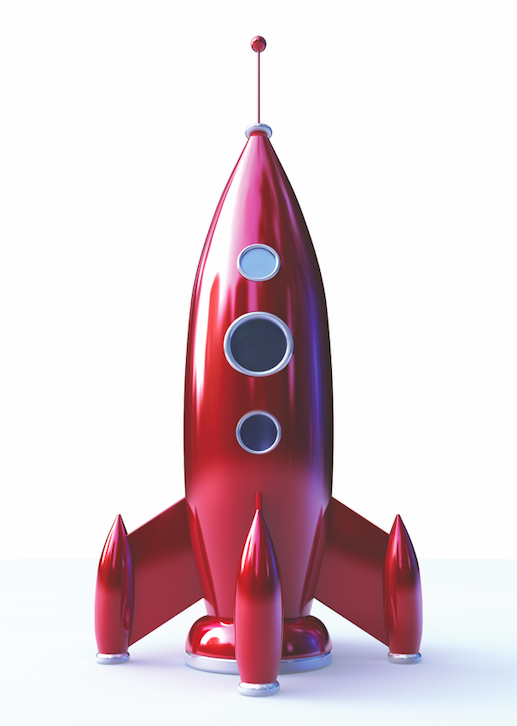 A University at Buffalo research team has been awarded $8.5 million to study hybrid rockets, a technology that could provide a safer and less expensive way to explore outer space compared to conventional rockets.

The grant from the U.S. Department of Energy enables UB to establish the Center for Hybrid Rocket Exascale Simulation Technology (CHREST).

The funds will provide UB with the resources to explore how hybrid rockets – a nearly 100-year-old concept that’s getting a fresh look thanks to advancements in computing power and artificial intelligence – can be used to launch satellites into space using common fuels like candle wax and kerosene.

“This award builds upon the long and impressive history of aerospace innovation at the University at Buffalo and Western New York,” said Kemper Lewis, dean of UB’s School of Engineering and Applied Sciences. “Advancing this technology will not only help maintain the nation’s position as a leader in space, it also will help cement the reputation of UB and the greater Buffalo area as a hub of creative activity where society’s most pressing challenges are solved.”

“This is a significant federal investment in UB-driven research that will help to inform space exploration programs led by the Energy Department, NASA and other federal agencies,” Congressman Brian Higgins said. “Furthermore, the involvement of students in this exciting project advances opportunities for the next generation of scientific and technical professionals to grow in STEM experience.”

Historically, there have been two types of rocket systems, liquid and solid.

The first rocket to carry astronauts to the moon was propelled into space mostly by liquid fuel. Solid systems are primarily used for missiles, but they have helped launch space vehicles such as NASA’s space shuttle. While each system is effective, they are relatively costly and can be dangerous. Liquid systems often rely on toxic chemicals like hydrazine, and solid systems can’t be turned on and off, limiting scientists’ ability to control them.

Hybrid rockets, which date back to the 1930s, fall in between these two systems. They are inherently safe and use nontoxic, inexpensive fuels. Also, they can be turned on and off, and they have a higher energy density than liquid fuels. But hybrid rockets haven’t been used widely because scientists don’t know enough about how the fuel burns in these systems and, as a result, how to optimally design them.

“Our mission is to improve our understanding of how these rocket systems work and to help optimize their performance,” said CHREST director Paul DesJardin, a professor of mechanical and aerospace engineering at UB.

UB will use the bulk of the funds to acquire extremely powerful computers, which the team will use to simulate previously developed hybrid rockets, as well as future theoretical rockets. The team also will develop machine learning algorithms that offer insight into how to better design hybrid rockets. (Machine learning is a subset of artificial intelligence.)

Potential future uses of hybrid rockets include launching satellites, especially nanosatellites, into space from Earth. Such systems also could be very useful in situations where high thrust is required to lift heavy payloads loads into space from planetary surfaces, such as NASA’s planned Mars Ascent mission.

A component of the grant involves educating UB students about hybrid technology. A portion of the funds will support a team of undergraduates who compete in the annual Spaceport America Cup, the world’s largest intercollegiate rocket engineering conference and competition.

“This award puts UB students at the forefront of scholarly activity in an incredibly exciting field that’s of great interest to NASA and other federal agencies, as well as private aerospace companies like SpaceX,” said DesJardin, who noted the research team will also work with doctoral students in UB’s Computational and Data Enabled Science and Engineering program.

Another component emphasizes recruiting students from groups underrepresented in science, technology, engineering and math fields. This includes working with UB programs such as the Louis Stokes Alliance for Minority Participation, more commonly known as LSAMP, and Buffalo-area Engineering Awareness for Minorities, also known as BEAM.

“The Center for Hybrid Rocket Exascale Simulation Technology is a wonderful opportunity for UB to support and prepare underrepresented students with hands-on research experiences in a developing field that’s critical for our nation’s future,” said Letitia Thomas, assistant dean for diversity in the School of Engineering and Applied Sciences, and an investigator on the grant.

The award was one of nine new Predictive Science Academic Alliance Program III Centers selected by the energy department’s National Nuclear Security Administration (NNSA) to support science-based modeling and simulation and exascale computing technologies. These nine centers are be funded by NNSA’s Advanced Simulation and Computing program, which engages the U.S. academic community in advancing science-based modeling and simulation technologies.