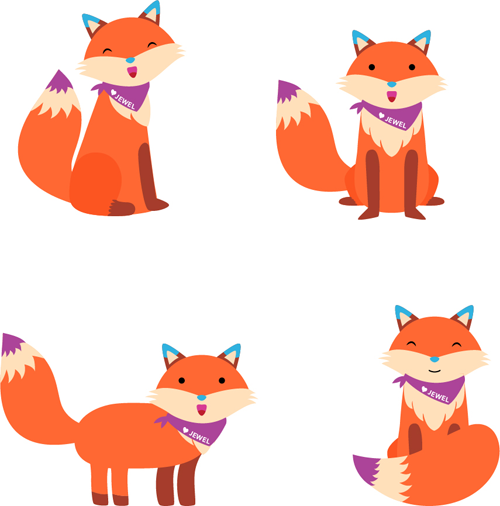 The final design of Jewel the Fox.

The contest was offered as part of the 2020 summer camp alternative programming. Girl Scouts all over Western New York were invited to design a camp mascot for Camp Windy Meadows located in Lockport. The camp operates as a day camp during the summer and is available for troops, programming, and rentals during the rest of the year. The camp did not have a mascot yet, unlike the other Girl Scouts of Western New York properties.

Cyrene commented, “I picked a baby fox as the animal because every time we go to Camp Windy Meadows, my mom and I get there first to set up and we always see a fox in the field. I named her after Juliette Gordon Low. I love watching a TV show called ‘Psych’ and one of the main characters is named Juliette and they call her Jules for short. So, I thought Jewel would be the perfect nickname for the fox.”

Cyrene won a camp T-shirt, a camp patch, and a $25 gift card to the Girl Scouts of Western New York stores. Her mascot will also be used on camp correspondence, marketing materials, and future camp merchandise.

To learn more about Girl Scouts or the GSWNY camp properties, visit gswny.org. 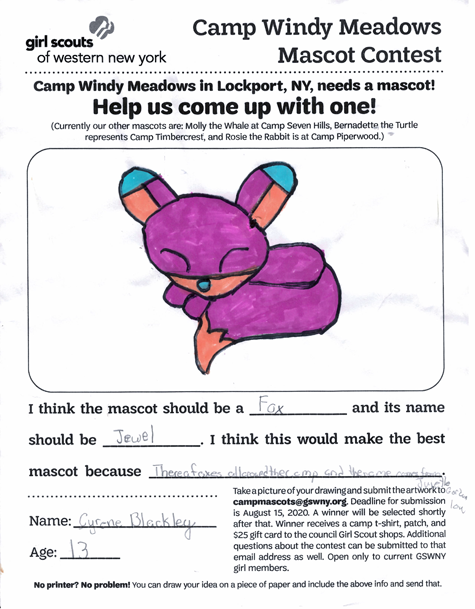