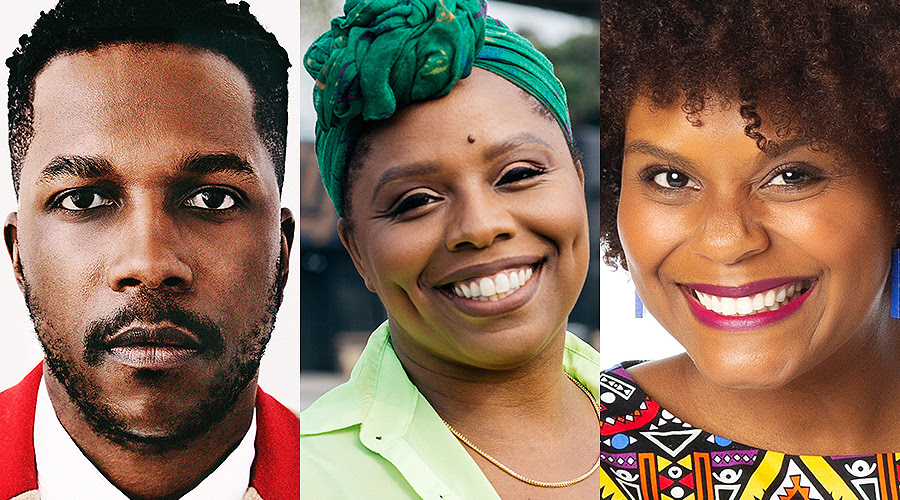 The University at Buffalo’s Distinguished Speakers Series will be virtual this year due to New York state’s health and safety guidelines, and will be free of charge.

Tony Award-winning actor and musician Leslie Odom Jr. will lead off the 2020-21 series, speaking and performing on Oct. 14. Social activist Patrisse Cullors, co-creator of the viral Twitter hashtag and movement #BlackLivesMatter, will speak on Feb. 10. The series will conclude April 14, 2021, with actress and vegan foodie Tabitha Brown.

All three speaker events begin at 7 p.m. Attendees will need to register in advance to receive an event access link for their device. Each event will have its own registration period as the event draws closer. Registration for the Odom event is now open on the series website.

“It is such a pleasure to continue the wonderful tradition that is UB’s Distinguished Speakers Series,” President Satish K. Tripathi said. “Although the pandemic necessitates that our 34th season transition to a virtual format, the essence of this highly anticipated series remains unchanged.

“As always, we remain committed to featuring compelling, influential public figures who enlighten, entertain and foster new ways of thinking about the issues that impact our lives.”

A multifaceted performer whose career spans Broadway, television, film and music, Odom is best known for his breakout role as Aaron Burr in the smash hit Broadway musical “Hamilton,” for which he won the Tony Award for Best Actor in a Musical and a Grammy Award as a principal soloist on the original cast recording.

Among other recent projects are “The Many Saints of Newark,” a prequel to David Chase’s Award-winning HBO series ”The Sopranos,” in theaters this spring; Josh Gad’s new animated musical-comedy series “Central Park” for Apple TV+; the feature film “Music,” written and directed by singer-songwriter Sia; “Needle in A Timestack,” written and directed by John Ridley; and the movie adaptation of the Olivier Award-nominated play “One Night in Miami,” directed by Regina King, in which he portrays legendary singer Sam Cooke and performs all of his original songs.

In March 2018, Odom added the title of author to his resume with the release of his book “Failing Up: How to Take Risks, Aim Higher and Never Stop Learning.” Written in the style of a commencement speech, the book is about unlocking one’s true potential and making dreams come true, even when it seems impossible.

Cullors co-founded the Black Lives Matter movement in 2013 after sparking the viral Twitter hashtag. The movement has since expanded into an international organization with dozens of chapters around the world campaigning against anti-Black racism.

Cullors also founded the Los Angeles-based grassroots organization Dignity and Power Now. For the past 20 years, she has been on the frontlines of criminal justice reform and led the Reform LA Jails’ “Yes on R” campaign, a ballot initiative that passed by a 71% landslide victory in March.

Her memoir, “When They Call You a Terrorist: A Black Lives Matter Memoir,” published in 2016, became an instant New York Times bestseller. Cullors’ work for Black Lives Matter garnered her recognition in TIME magazine’s 2020 100 Women of the Year project honoring the most influential women of the past century.

A North Carolina-born actress, vegan lifestyle personality, mother and wife, Brown has amassed more than 3 million followers across social media platforms, 2 million of which were acquired in 40 days on TikTok, earning her the coined title of “America’s mom.”

Brown’s unique journey to veganism crosses the intersection of personal discovery, food and health. Brown had traveled around the U.S. to pursue her acting career, landing notable roles in the comedic film “All Between Us,” alongside Tiffany Haddish; NBC’s hit comedy “Will & Grace”; and the ABC drama “Switched at Birth.”

But in 2016, she became ill with chronic neck and head pain. Her daughter encouraged her to watch the Netflix documentary “What the Health,” which inspired Brown to start a 30-day vegan challenge; 10 days in, her pain dissipated. She began sharing vegan recipes, her story and philosophical wisdom online.

Brown’s innovative recipes encourage others to make delicious meals, while at the same time offering a new recipe for the soul, promoting the importance of physical, mental and emotional health.

UB’s Distinguished Speakers Series has been bringing the world to UB audiences for more than 30 years, featuring speakers who engage, inspire and entertain.

The WNY Educational Outreach Program will once again be offered. Through this program, sponsored by The Buffalo News and Hodgson Russ, local high schools and nonprofit, community service organizations may request access to select lectures.