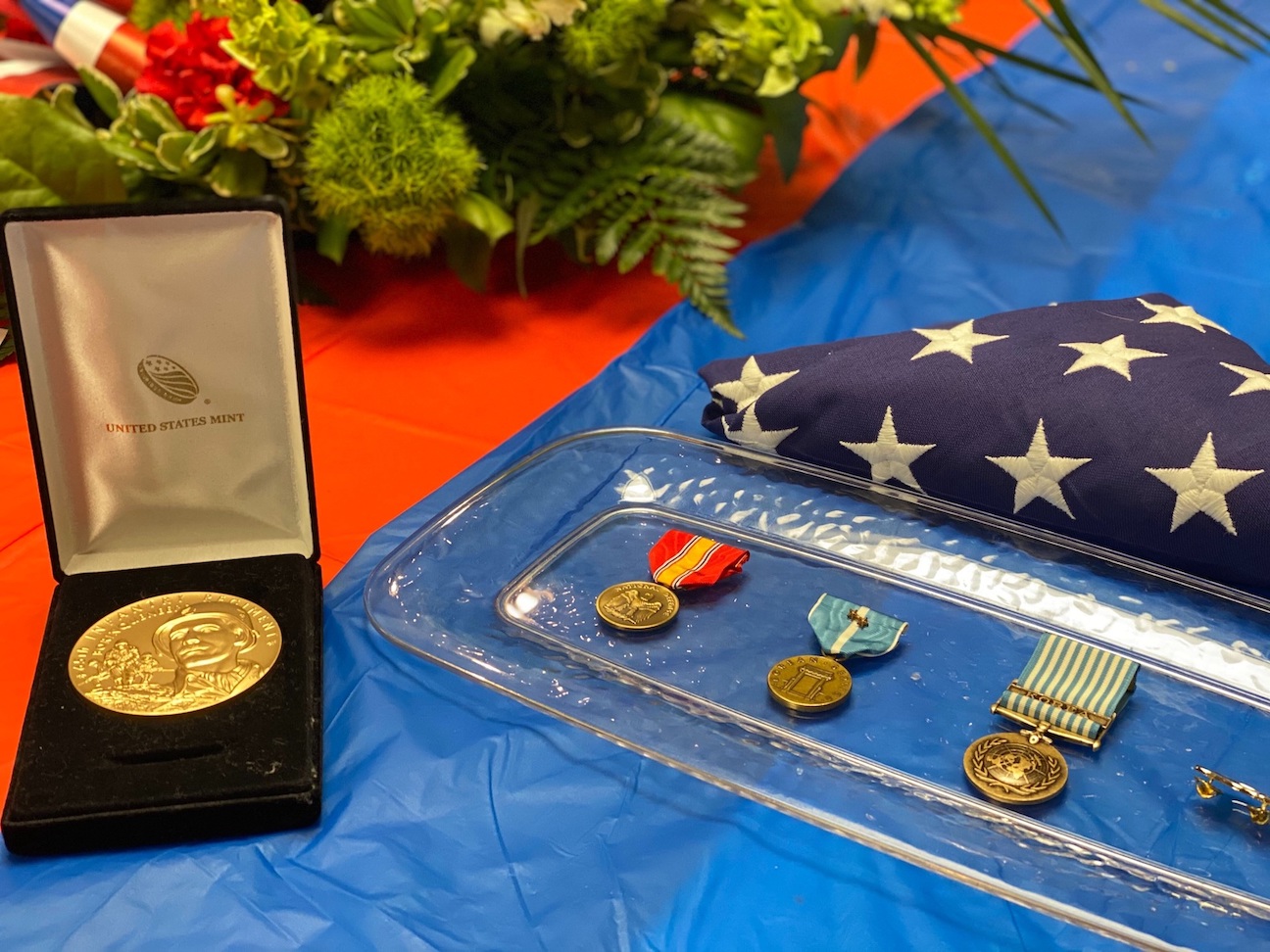 Congressman Brian Higgins, New York State Sen. Tim Kennedy and members of the Western New York community came together to celebrate the military service of Carmelo Lopez-Febus. Private First Class Lopez-Febus was presented with the Congressional Gold Medal for serving in the 65th Infantry Regiment known as “The Borinqueneers” during the Korean War.

“The Borinqueneers motto ‘Honor et Fidelitas,’ which is Latin for honor and fidelity, provides a fitting illustration of what these service members truly represented,” Higgins said. “Members of the 65th Infantry were sacrificing everything for a nation not yet extending them equal rights. It is our honor to present this Congressional Gold Medal to Private First Class Lopez-Febus as a lasting expression of our gratitude as a nation.”

"As Western New York continues to celebrate Hispanic Heritage Month, we extend our deepest congratulations and gratitude to Private First Class Carmelo Lopez-Febus as he receives the Congressional Gold Medal today," Kennedy said. "He has served his country and community with utmost integrity and honor, and this impressive recognition is well-deserved."

Born in San Juan, Puerto Rico, on Aug. 1, 1928, Lopez-Febus later moved to New York City and as a young man worked in a café. In 1951, he enlisted in the U.S. Army to serve in the Korean War and was assigned to the 65th Infantry Regiment known as The Borinqueneers.

Lopez-Febus served as a cook during the war, shifted to the Reserve Corps in December of 1952, and was honorably discharged in August of 1956. He earned the rank of private first class (PFC).

At a ceremony held during Hispanic Heritage Month at the Salvation Army Church in Buffalo where Lopez-Febus previously served as a pastor, Higgins presented him with the Congressional Gold Medal. For his service during the Korean War, he also earned the National Defense Service Medal, the Korean Service Medal & Bronze Star attachment, and the United Nations Service Medal.

In 2016, Higgins championed legislation awarding a Congressional Gold Medal to the Borinqueneers, a Puerto Rican unit within the U.S. Army that served as a segregated infantry regiment during World War I, World War I and the Korean War. Higgins was joined by members of the Hispanic Heritage Council of WNY for a special ceremony in Washington, D.C., after the bill was signed into law.

The Borinqueeneer division was born shortly after U.S. acquisition of Puerto Rico and rededicated as the 65th Infantry Regiment of the Army in 1920. In 1948, President Truman, by executive order, directed desegregation of the armed forces. However, full implementation of the policy was not yet in place when many of the servicemembers were sent into conflict during the Korean War.

The soldiers of the 65th Regiment were highly decorated. In Korea, they earned a total of 10 Distinguished Service Crosses, approximately 250 Silver Stars, over 600 Bronze Stars, and more than 2,700 Purple Hearts. 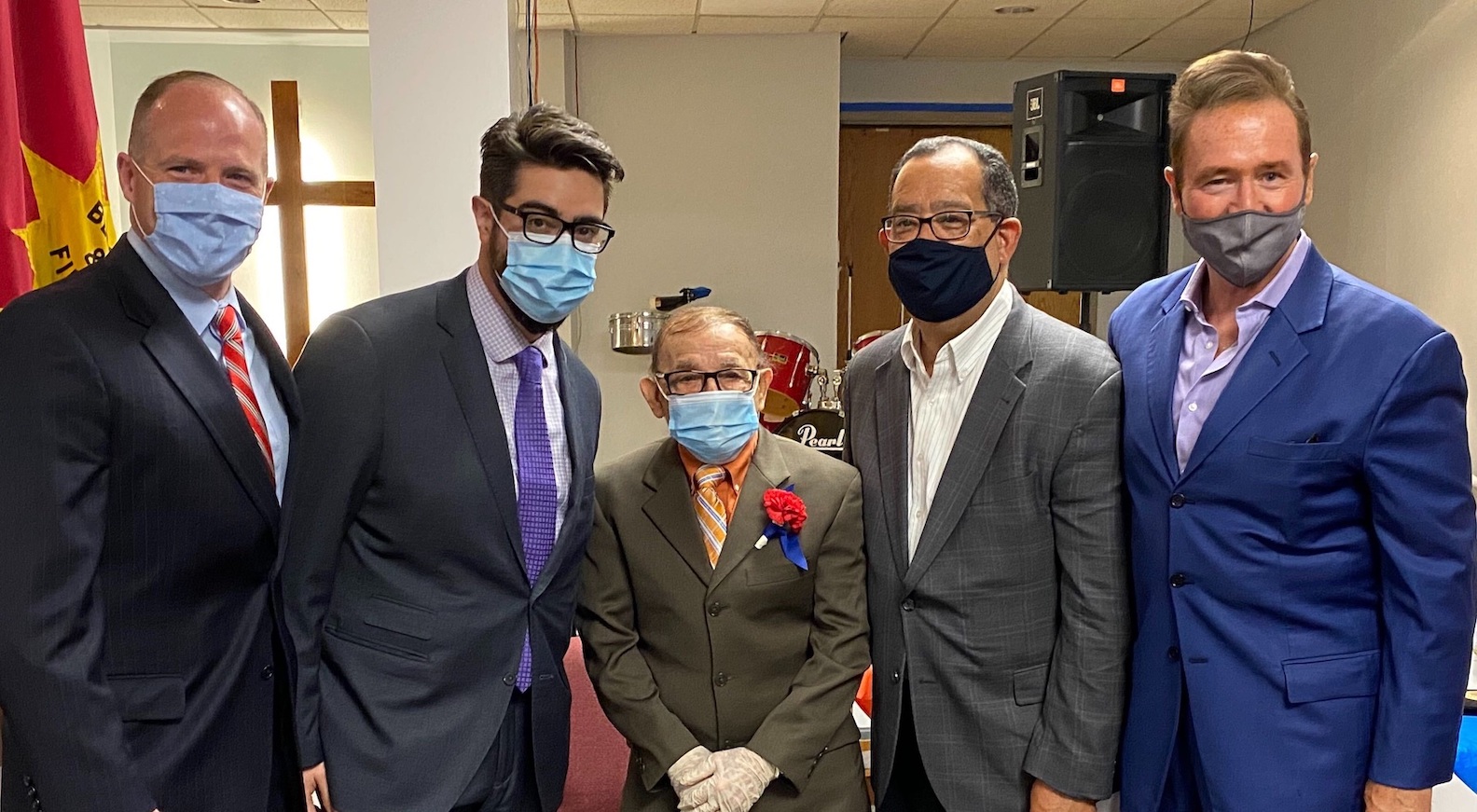