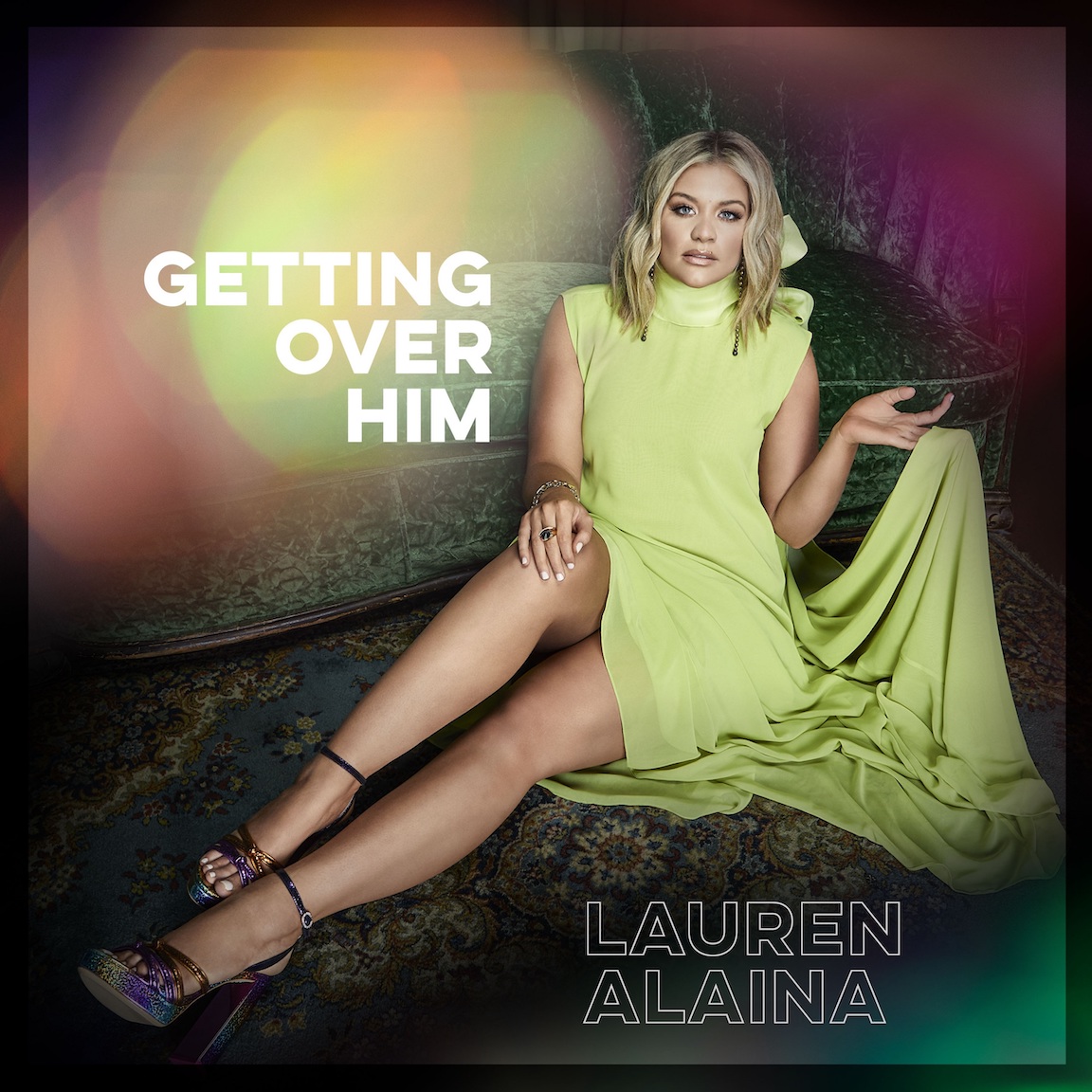 Lauren Alaina, "Getting Over Him" (Image courtesy of Universal Music Group Nashville)

Lauren Alaina is 'Getting Over Him'

Lauren Alaina is releasing “Getting Over Him,” a new six-song EP, today. She co-wrote every track on the new collection, which is an emotional take on getting over lost loves.

“The last couple of years of my life have been very interesting to say the least. I spent the last 10 years in the public eye. And I spent the first few years really working on myself and learning to love myself and becoming the person that I am now. I was 15 when I started out, so I was a child. And I became a woman and most of my music up until now has been about that. About coming into my own,” Alaina said. “And then I had a couple of really public relationships that ended very publicly. And I wrote this six-song EP called ‘Getting Over Him’ about how I handled that. And I really kept quiet and I didn’t say much because, when there are other people involved, it always makes me nervous on what the right thing is to say; and when I’m in the middle of the feelings, I don’t wanna get emotional. I don’t wanna say the wrong thing from an emotional standpoint. So, I waited until I was healed, and I addressed everything that’s happened over the last couple of years. And it’s kind of my response of how I learned to love myself and continued to love myself when others didn’t.”

“Getting Over Him” features two duets, including the title track duet with her labelmate and friend Jon Pardi. The Georgia native also enlisted international pop sensation Lukas Graham to duet with her on her most vulnerable and heartbreaking “What Do You Think Of.”

Alaina, one of the hottest-rising female artists in country music, is making her way up the country singles chart with her current radio single “Getting Good.” The vocal powerhouse recently released a special mix of “Getting Good” that features her friend and mentor, superstar Trisha Yearwood.

Alaina has most recently performed on the 40th annual broadcast of the top-rated PBS special “A Capitol Fourth” performing “This Land Is My Land”; “CMA Summer Stay-Cay” livestream special where she performed “Women of Summer” with Lindsay Ell and Cassadee Pope; and she and her friend, Kane Brown, performed their five-times-Platinum-selling “What Ifs” on the recent nationally televised “CMA Best of Fest” on ABC.