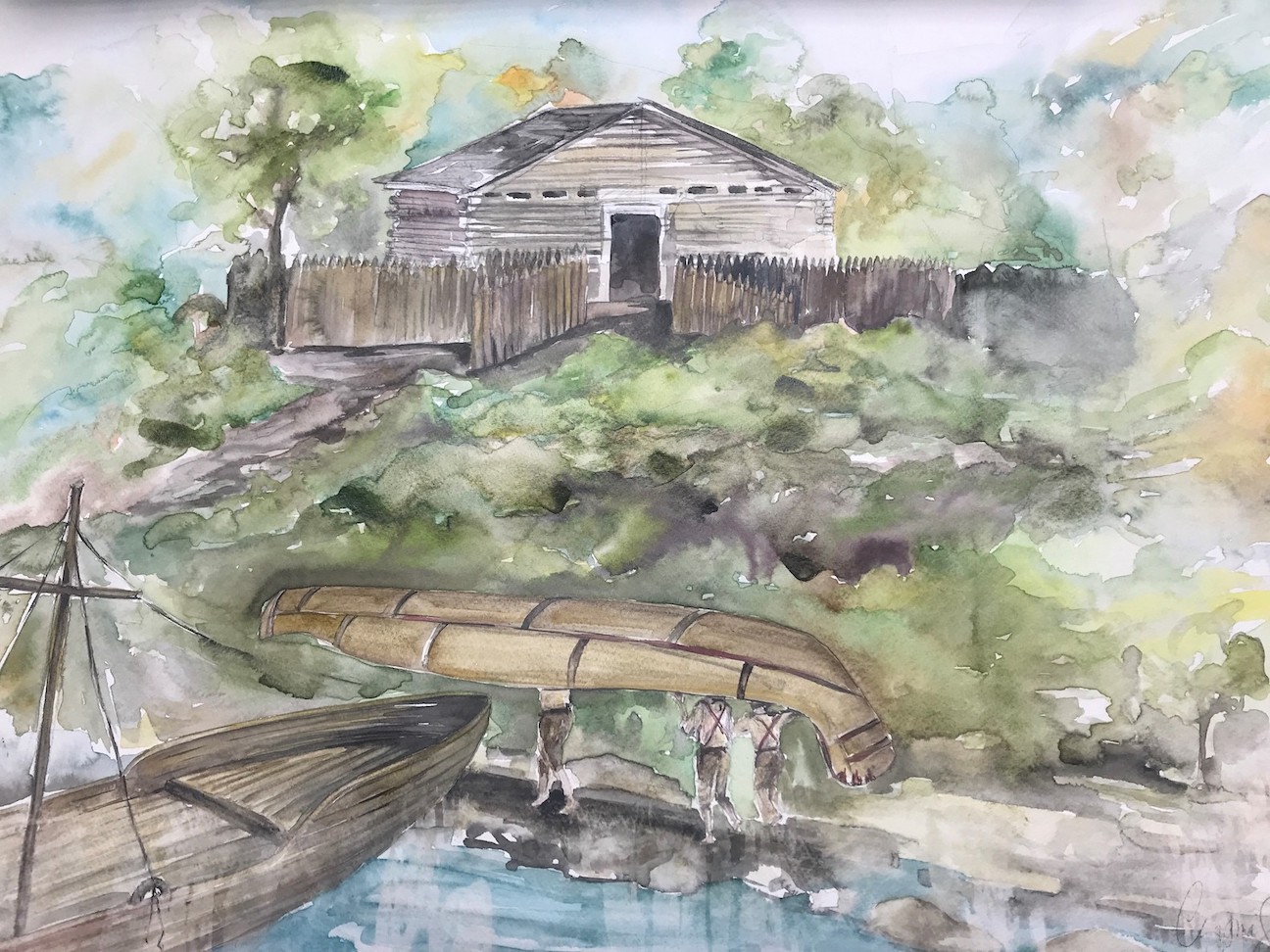 This watercolor image, courtesy of the Historic Association of Lewiston collection, depicts Le Magazin Royal as it would have appeared in the 1720s.

Free admission for those who RSVP to Artpark

In Western New York, it is not often one gets a chance to celebrate the tricentennial of an historic event. But that’s what is happening on Saturday, Sept. 12, at Artpark in Lewiston.

The Historical Association of Lewiston, the Niagara Falls National Heritage Area, Artpark and Old Fort Niagara have teamed up to commemorate the event with a reenactment of Joncaire’s landing, Native American dancing, a special exhibit of artifacts from the original Magazin Royal, and historic cooking demonstrations..

The free event will allow visitors to return to the days when a Seneca village stood near the banks of the Niagara River. It was here in May 1720 that Joncaire and 10 Frenchmen landed their canoes and began construction of a bark-covered trading post that they quickly christened, Le Magazin Royal, the Royal Store. Le Magazin became the center of Native-French diplomacy and trade on the Niagara until eclipsed by Fort Niagara’s construction in 1726.

The Sept. 12 event begins at 11 a.m. near the historic gully that allowed travelers to climb out of the Niagara Gorge and ascend the escarpment. Voyageurs in period attire, carrying important trade goods, will depart Fort Niagara by canoe earlier that morning to arrive at the Lower Landing about 11:30 a.m. A brief ceremony between Frenchmen and Native Americans will follow.

The program will end when Lawrence Claessen, representing the English, arrives to demand that the French demolish the trading post about 1:30 p.m.

There is no admission charge for the event, but attendance will be capped at 175 guests to allow for social distancing given the pandemic. Those interested in attending are required to RSVP to Artpark by filling out the form at http://bit.ly/MagazinRoyal.

Social distancing and face coverings will be required.

The event is sponsored by the Niagara Falls National Heritage Area and Lactalis American Group Inc.

More information about Magazin Royal 300 is available at www.magazinroyal300.org. 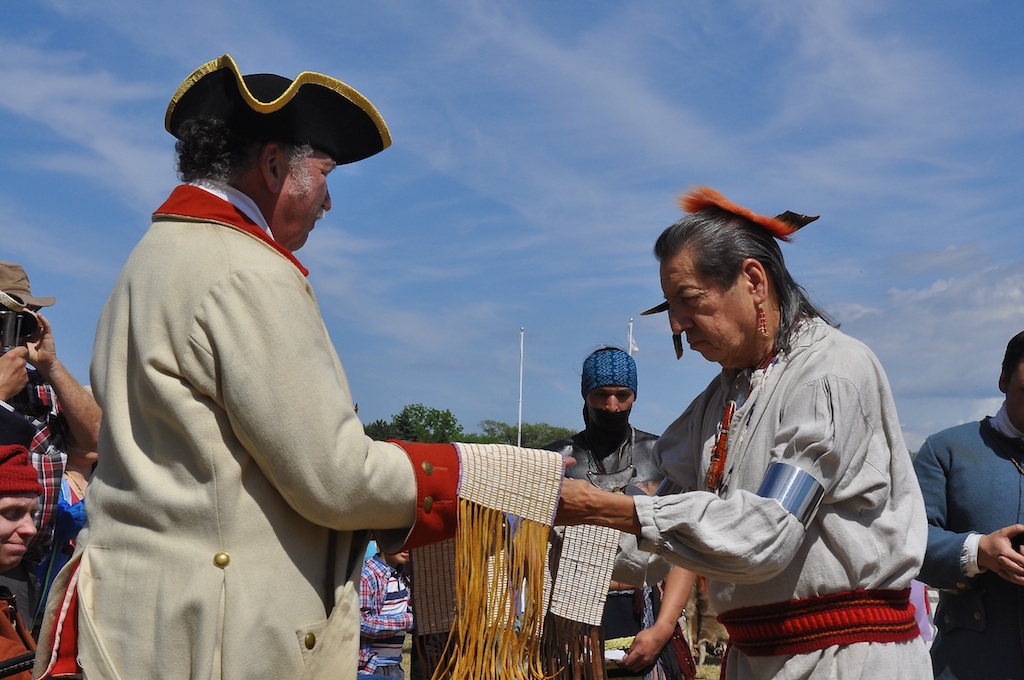 Historic interpreters portray trade and diplomacy between a French soldier and Native American. Interpreters will also be onsite at the Sept. 12 “Magazin Royal 300” commemoration at Artpark to share history with visitors about the first trading post built by the French in this area, 300 years ago.