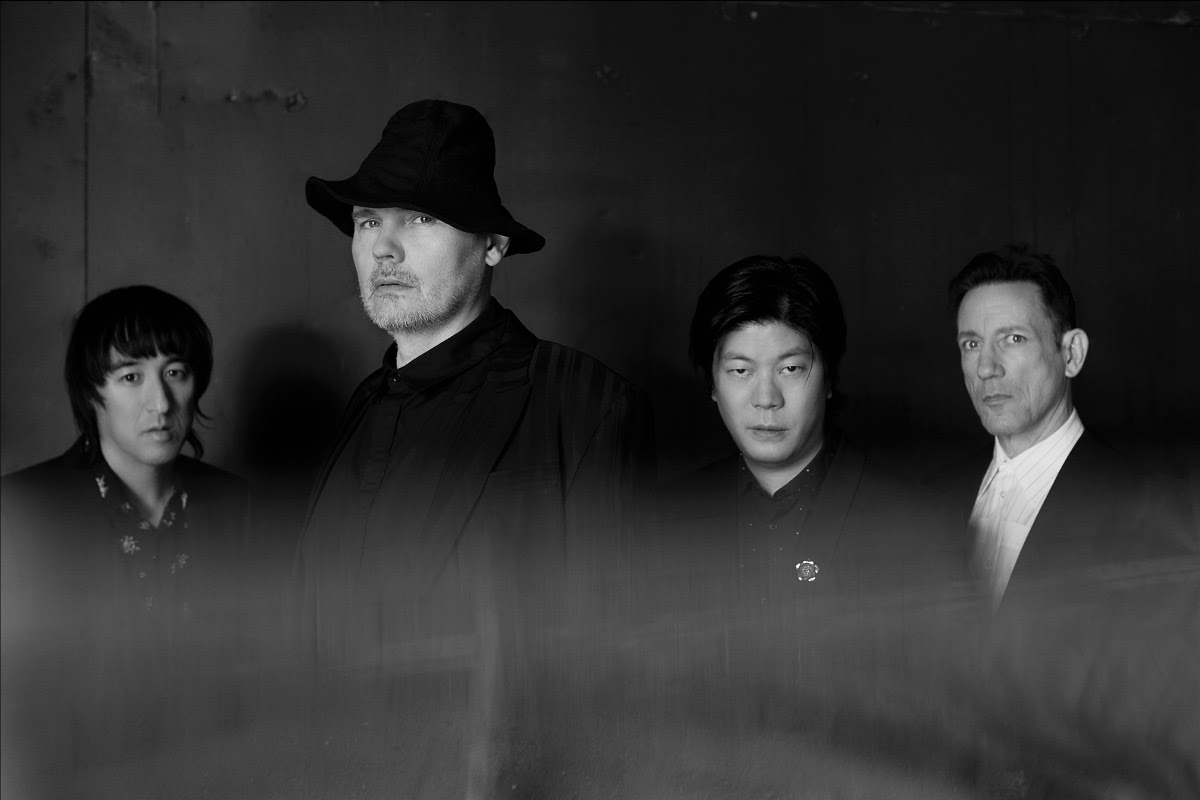 The Smashing Pumpkins return with 2 new tracks, 'Cyr' & 'The Colour Of Love'

LISTEN 'The Colour Of Love'

Grammy Award-winning, critically acclaimed alternative rock luminaries The Smashing Pumpkins return with two new tracks, “Cyr” and “The Colour Of Love,” out on Sumerian Records today. Recorded in Chicago and produced by Corgan, the new tracks come with the news of a forthcoming studio album in the works with founding members Corgan, James Iha and Jimmy Chamberlin, plus longtime guitarist Jeff Schroeder.

“ ‘Cyr’ is dystopic folly,” front-man Corgan revealed, “One soul against the world sort of stuff, set against a backdrop of shifting loyalties and sped up time. To me, it stands as both hopeful and dismissive of what is and isn't possible with faith.”

The band also revealed a very special official performance video of “Cyr,” directed by Linda Strawberry. The video was shot remotely, during lockdown in Chicago and Los Angeles.

“This is a goth fever dream of pent-up emotion – an artistic visual release attempting to create a momentary escape from the emotional black cloud hanging over all of us this year,” Strawberry explained. “A dark seduction filmed in quarantine at a social distance.”

The new songs follow the band’s 2018 Rick Rubin-produced full-length “Shiny and Oh So Bright, Vol. 1” / LP: “No Past. No Future. No Sun,” and headlining tours that sold in excess of 350,000 tickets across North America, selling out arenas including The Forum, United Center and Madison Square Garden. Also, the band’s first tours in nearly two decades to feature Corgan, Chamberlin and Iha, alongside Schroeder, they received rave reviews from critics, noting the tour as “a massive gift to their fans” (Uproxx), “a welcome reminder of why those early albums resonated in the first place” (SPIN), and “an unforgettably rewarding and often spectacular odyssey” (Forbes).

Formed in Chicago in 1988, The Smashing Pumpkins released their heralded debut album “Gish” in 1991 and found mainstream success with 1993's four-times multi-Platinum “Siamese Dream” and 1995's 10-times multi-Platinum “Mellon Collie and the Infinite Sadness.” The band has released seven additional studio albums: “Adore,” “Machina/The Machines of God,” “Machina II/The Friends and Enemies of Modern Music,” “Zeitgeist,” “Oceania,” “Monuments to an Elegy” and their last full-length, “Shiny and Oh So Bright, Vol 1 / LP: No Past, No Future, No Sun.” With over 30 million physical albums sold, the multiple Grammy, MTV VMA, and American Music Award-winning band remains an undeniable force in alternative rock.

Having recently signed to Sumerian Records, CEO and founder Ash Avildsen revealed, “The Smashing Pumpkins are one of the most influential, iconic and timeless bands of all time. They’ve played a huge part in my life and I can say the same for so many others in the Sumerian family. This a colossal moment for the label, but most importantly, it’s the dawn of a new decade of Smashing Pumpkins music.”

Album details to be revealed soon.