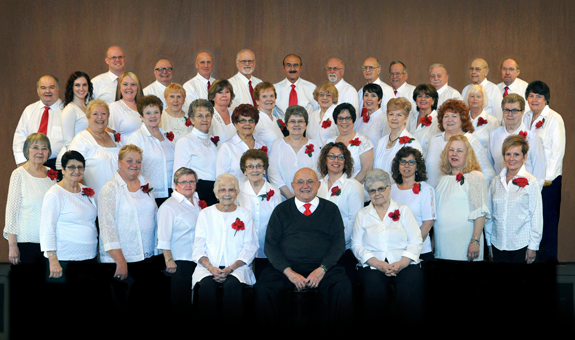 Shrimpton graduated from Niagara Falls High School in 1956 and went on to earn his BA in music education from the University at Buffalo.

In the late 1950s, he traveled through New England doing equity musicals as part of a twin piano team with Stan Keene. Throughout his theater career, he worked with Howard Keel, Steve Lawrence, Kathryn Grayson, Ann Blyth, Jayne Mansfield, Buster Keaton, John Kander and many more. In the ’60s and ’70’s, Shrimpton played at John’s Flaming Hearth with his trio that included Danny Palazzo and Tony Grasso. He played at the Alps Restaurant, Parkway Inn, The Glass Bar, Treadway Inn, The Whirlpool, Red Coach Inn, Monte Carlo and other area clubs.

In the ’70s and ’80s, while living in Old Forge, Shrimpton taught music at Town of Webb School, was organist and choir director at St. Niccolls Church, and founded the Old Forge Community Chorus. He played piano at Rocky Point Inn and ballet classes for Suzanne Farrell, from the New York City Ballet Company, at her home on 4th Lake.

For the past 30-plus years, he has been accompanist for Shawnee Press Musical Workshops and Festivals. He retired as the vocal music teacher at Lewiston-Porter Middle School in 2000. In 1997, he was Teacher of the Year and his biography was published in “Who's Who Among America's Teachers.”

Locally, he has been a musical director at Artpark, Niagara Falls Little Theater, NCCC, Buffalo Seminary, Melody Fair, Quad Productions, Niagara Fine Arts Program, Retired Men's Service Club Chorus and was the conductor and founder of the Rainbow City Philharmonic. Shrimpton was the first musical director (Fantasticks, 1966) at Niagara University with Brother Augustine Towey, C.M., and was director and founder of the NU Glee Club. In 2003, he returned to NU as the musical director for its theater program, where he founded the NU show choir/theatre chorale. In April 2010, he was musical director for “Anything Goes” at the opening of NU's new theater and its first NU alumni production: “The World Goes 'Round” by Kander and Ebb.

In 2007, he founded and directed the Lewiston Choraleers, a community chorus with 50-plus members who performed yearly concerts. Shrimpton’s group performed in Ireland and at Walt Disney World.

He toured with composer Joseph Martin and Harmony International to Washington, D.C., accompanying the 200-plus American Tapestry Choir at a concert in Constitution Hall. Shrimpton and company toured through Ireland where they performed at Kylemore Abbey and Saint Patrick’s Cathedral in Dublin among other venues.

He was the minister of music at St. Peter's Episcopal Church in Niagara Falls for 20 years, retiring in 2019. Shrimpton continued his love for music by directing the Lewiston Choraleers from 2007 to his passing.

In a statement Wednesday, the Lewiston Choraleers said, “We are deeply saddened by the passing of our beloved musical director, mentor and friend. He touched us and our audiences with his love of music and will forever be an inspiration to all of us.”

A private graveside and burial will be held in Riverdale Cemetery. A Celebration of Life will be held at a later date to be announced. In lieu of flowers, memorial donations can be made to the Lewiston No. 1 Fire Co. Ambulance Fund, P.O. Box 748, Lewiston, NY 14092.