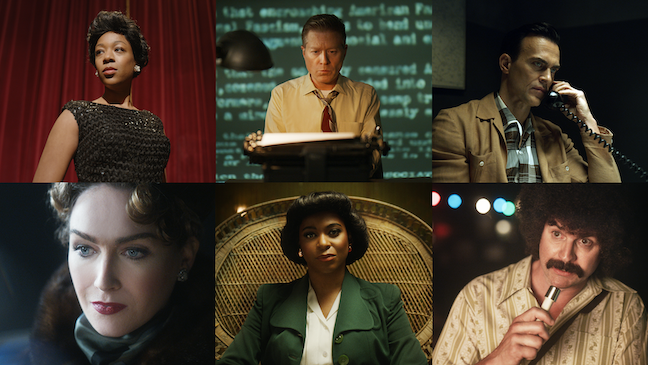 HBO Max has released the names and images of the actors set to portray iconic LGBTQ+ activists in the upcoming four-part docuseries “EQUAL,” premiering as a binge drop in October during LGBT History Month. The cast will, a press release said, “play a handful of trailblazers recognized for their unrelenting fight for justice and equality in the queer community of post-war America and pre-Stonewall uprising.”

A press release said, “ ‘EQUAL’ honors the rebels of yesteryear with never-before-seen archival footage along with stylistic depictions that bring to life the gripping and true backstories of these leaders and unsung heroes. Over the course of the series, viewers will meet a wide range of LGBTQ+ visionaries portrayed by the cast, many of whom identify as members of the LGBTQ+ community. Each part has a distinct and connected telling: part one explores the rise of early organizations, The Mattachine Society and the Daughters of Bilitis in Los Angeles and San Francisco, respectively; part two stories chronicles the 20th century trans experience, bookended by the 1966 Compton Cafeteria riots in San Francisco; part three examines the contributions from the Black community on the growing LGBTQ+ civil rights movement; and part four ties in the decades long struggles with the culminated Stonewall uprising – the beginning of the Pride movement.”