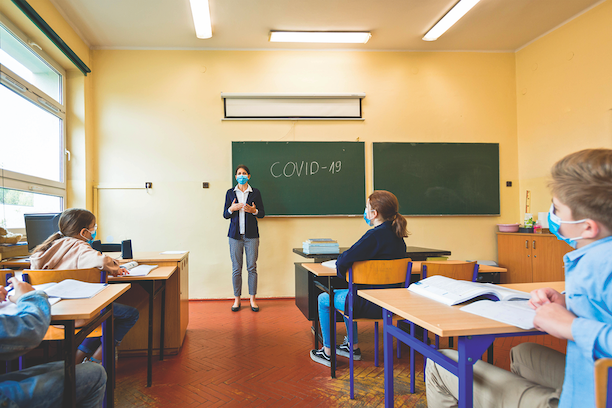 Cuomo: Schools will reopen on a regional basis

Gov. Andrew Cuomo on Thursday said he will reopen schools in the same way he reopened businesses across New York state: On a regional basis.

Speaking to reporters on a conference call, Cuomo said, “Our decisions will be region to region. Just analogize this to the economic reopenings. We did the economic reopenings in phases based on region. So, we have the Long Island region, Nassau, Suffolk. We’re not now contemplating further refinements from a region. Nothing lower than the jurisdiction of a region. Because then you would have to be assuming that the virus isn’t going to spread among the region, or among school districts. And I don’t know that I believe that. So, it would be region by region, but you could have different decisions in different regions.”

Almost a month ago, Cuomo announced new, data-driven guidance for reopening schools in New York. Schools in a phase four region can reopen if the daily coronavirus infection rate remains below 5% or lower using a 14-day average.

“I’m not going to make any decisions before I have to,” Cuomo said. “I want to see the data on the last point where I have to make a decision. And then the date can change, and if the facts change, then our game plan will change.”

He explained, “On the issue of schools, I want everybody to remember the broader context. We will have a threshold decision in terms of the viral rate spread region by region across the state. We're not going to open any school unless the viral transmission rate says we have the virus under control. If the viral transmission rate increases, significantly, then we will close the schools.

“So, I once again say to our 700 school districts across the state, please be consulting and communicating with the parents and the teachers, because they are the vital stakeholders. Not only are they vital stakeholders, they are the ultimate determination. So please, be consulting with them. Talk to them because, if they're not comfortable with the plan, nothing is actually going to counteract their feelings.

“If a teacher doesn't show up, you can't open the class. If the parent doesn't send their child, there is no child to educate. And that is inarguable.”

On Sunday, Cuomo said, “Just because a school district says we’re open does not mean students are going to go – I can tell you that right now. I’m talking to parents all across the state. They’re very iffy on this proposition. And it is going to depend on that school district’s plan.”

The Western New York region’s infection rate has been 1.1% or lower over the past three days.