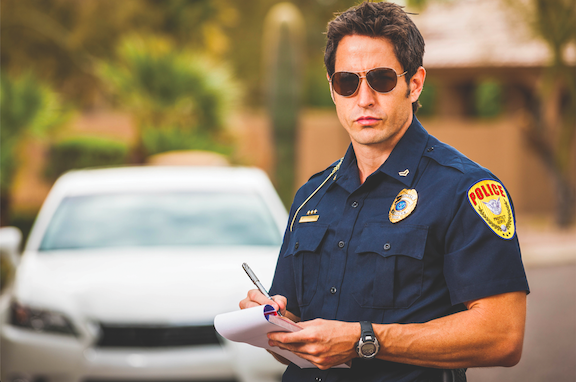 Gov. Andrew Cuomo on Wednesday announced New York State Police and local law enforcement will be increasing patrols over the next week to crack down on speeding across the state.

Unsafe speed was a contributing factor in 34% of all fatal crashes from January to May this year, compared to 30% of fatal crashes during the same period in 2019, according to data from the Institute for Traffic Safety Management and Research at the University at Albany's Rockefeller College.

"Speed limits are not a suggestion, they are the law and they save lives," Cuomo said. "There is no excuse for driving at high speeds – it's unnecessary and endangers everyone on the road – and I urge New Yorkers to be smart and slow down, because it's not worth risking lives to save a few seconds on your next commute or trip to the store."

This high-visibility enforcement campaign is supported by the governor's traffic safety committee to stop speeding and prevent avoidable crashes caused by unsafe speed. Throughout the enforcement blitz, a "No Excuses" public service announcement will be airing on broadcast and cable networks statewide, highlighting the penalty for speeding. Additionally, the State Department of Transportation will have variable message signs alerting motorists to the dangers of speeding.

Data shows fatal crashes in New York caused by unsafe speed increases during the summer months with the highest totals in June through September. The National Highway Traffic Safety Administration reports that, in 2018, nearly one-third of all traffic fatalities in the state were caused by speeding, and among those fatalities, 42% occurred on local roads – where the posted speed limits were 55 miles per hour or under. Furthermore, in 2018, 36% of the speed-related fatal and personal injury crashes occurred between noon and 6 p.m.

According to the NHTSA, drivers who speed are also more likely to engage in other risky behaviors, such as not wearing a seat belt, drinking and driving, or using a cell phone while driving.

Department of Motor Vehicles Commissioner Mark J.F. Schroeder, chairman of the governor's traffic safety committee, said, "GTSC's continued support for specialized enforcement campaigns like Speed Awareness Week not only raises awareness for important traffic safety issues, but makes New York's roadways safer for all those traveling. There's no excuse for speeding. Slow down so you and everyone else on the road make it to your destinations safely."

State Police Superintendent Keith M. Corlett said, "There's no getting around the facts: Speeding is dangerous behavior that needlessly results in deaths and serious injuries. During this campaign and through enforcement efforts all year, our goal is to reduce speed-related crashes and improve safe travel for everyone on New York's roadways. We urge all drivers: Do your part to improve safety and obey posted speed limits, drive defensively, and put away your smart phone when you're behind the wheel."

Department of Transportation Commissioner Marie Therese Dominguez said, "In highway work zones, following safe speed limits is literally a matter of life and death. Speed limits in work zones are in place not only to protect drivers, but the workers who put themselves at risk every day in the name of highway safety. The Department of Transportation is proud to support public safety campaigns such as 'Speed Week' to help raise awareness of the importance of maintaining safe speeds on New York state's highways, and we will continue to partner with law enforcement across New York to ensure motorists follow the rules of the road."

Washington County Sheriff and President of the New York State Sheriffs' Association Jeffrey Murphy said, "On behalf of the New York state sheriffs, we encourage everyone to obey the speed limit. Speeding is often cited as a factor in crashes, especially ones that hurt and kill people. Driving the speed limit gives you more time to react and hopefully avoid a crash."

Town of Greece Police Chief and President of the NYS Association of Chiefs of Police Patrick Phelan said, "It's unfortunate that, despite concerted statewide enforcement efforts, speed continues to be a predominate factor in traffic crashes. We strongly support collaborative and dedicated campaigns like this that combine compelling traffic safety awareness messaging and highly visible enforcement activity."