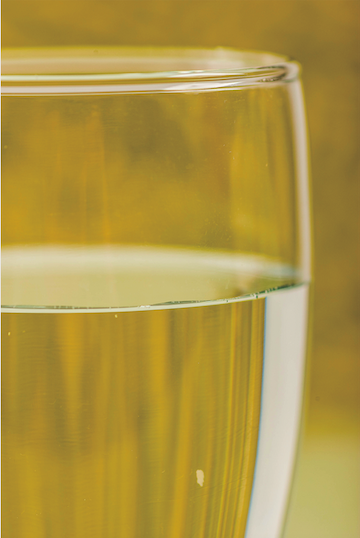 New York adopts standard for 1,4-dioxane at a maximum contaminant level of 1 part per billion

Gov. Andrew Cuomo on Thursday announced New York state adopted a first-in-the-nation drinking water standard for emerging contaminant 1,4-dioxane, setting the maximum contaminant level of 1 part per billion for 1,4-dioxane. The governor also announced maximum contaminant levels for emerging contaminants PFOA and PFOS in New York's drinking water, which are among the lowest in the U.S. for PFOA and PFOS at 10 parts per trillion. These announcements follow a public comment period and approval by the Public Health and Health Planning Council.

"While the federal government continues to leave emerging contaminants like 1,4-dioxane, PFOA and PFOS unregulated, New York is leading the way by setting new national standards that help ensure drinking water quality and safeguard New Yorker's health from these chemicals," Cuomo said. "The environmental movement was founded in this great state and we will continue to move forward to protect our most precious resources for generations to come."

The governor’s press release stated, “The new regulations require public water systems in the state to regularly test and monitor for these chemicals, regardless of size. All three contaminants have been detected in drinking water systems across the country, yet remain unregulated by the U.S. Environmental Protection Agency, which is responsible for setting regulatory limits under the federal Safe Drinking Water Act.

“In lieu of federal action and as part of the state's commitment to ensuring clean drinking water for all New Yorkers, the Drinking Water Quality Council was established as part of the 2017-18 executive budget to provide recommendations to the New York State Department of Health to address emerging contaminants in drinking water resulting from decades-old industrial pollution in communities statewide. The council's scientific review of PFOA, PFOS and 1,4-dioxane was part of its first directive to set standards for these man-made, emerging contaminants, which are persistent in the environment and have been detected in drinking water systems nationwide.”

The council's members, comprised of academic scientists, engineers, public water system professionals and experts from the New York State Departments of Health and Environmental Conservation, followed the available science regarding potential health impacts and technology available to remove these chemicals when recommending the standards for adoption.

Per New York's rulemaking process, the amended regulations were published in January in the New York State Register for a 45-day public comment period. The proposal garnered more than 2,000 comments for consideration. In response to comments received, DOH drafted modifications to the proposed regulations that would establish a deferral process for public water systems who proactively tested to come into compliance with the proposed MCLs, without being issued a violation notice. Following the PHHPC approval, and once approved by the commissioner of health, the final regulations will be published in the State Register. Once published, systems serving 10,000 people or more will be required to begin testing within 60 days, within 90 days for systems serving between 3,300 to 9,999 people, and within six months for systems serving less than 3,300 people.

New York State Health Commissioner Dr. Howard Zucker said, "New York state's unwavering commitment to addressing emerging contaminants in drinking water is a cornerstone of protecting public health now and into the future. These new standards are some of the lowest and precedent-setting nationwide and were carefully considered over months of scientific review with stakeholder input to ensure successful implementation."

New York State Department of Environmental Conservation Commissioner Basil Seggos said, "Today, in the continued absence of federal leadership to safeguard our communities from exposure to emerging contaminants, New York is adopting historic and protective drinking water standards for PFOA, PFOS, and 1,4-dioxane. I commend my colleagues on the state's Drinking Water Quality Council for their critical and necessary leadership on this issue and look forward to working with our partners at the Department of Health on our continued efforts to ensure all New Yorkers have access to clean water."

New York State Environmental Facilities Corporation Acting President, CEO and General Counsel Maureen Coleman said, "EFC is pleased to partner with DOH to provide state grants to fund 60% of the total costs of these critical projects. By offering low-interest financing for the remaining project costs, we are making these projects affordable to communities and supporting Gov. Cuomo's objective that all New York state residents have access to clean drinking water."

At 10 ppt for PFOA and 10 ppt for PFOS, the MCLs are among the most protective levels in the nation. PFOA is a chemical that has previously been used to make nonstick, stain-resistant and water-repellant products. PFOS has been used in aqueous film forming firefighting foam. New York has invested millions through the state superfund program to install granular activated carbon filtration systems that are successfully removing PFOA and PFOS from impacted water supplies in several communities.

The press release said, “Ultimately, the state is holding the potential polluters accountable for cleanup expenses incurred at state and local levels.”

New York is the first state in the nation to adopt an MCL for 1,4-dioxane and has set that standard at 1.0 ppb. 1,4-dioxane is a chemical that has been used as a stabilizer in solvents, paint strippers, greases and wax. The state approved an effective new treatment technology for 1,4-dioxane called advanced oxidative process, which was first approved to treat a well in the Suffolk County Water Authority on Long Island in 2018.

The press release explained, “The state's recommended levels for PFOA and PFOS are significantly lower than the U.S. EPA's current guidance levels of 70 parts per trillion. Any potential health effects of concern for these contaminants primarily results after a lifetime of exposure to 70 ppt, not exposure over short periods of time. While EPA does not have guidance on 1,4-dioxane, in accepting the Drinking Water Quality Council's recommendations, DOH used the best available science to determine a similarly protective level of 1 ppb. Establishing such highly protective MCLs and requiring every public water system to regularly test and monitor, regardless of size, will ensure that contaminant levels never rise to the point of causing a public health risk.”

New York state agencies have taken unprecedented action to investigate and clean up PFAS contamination and to ensure New Yorkers have access to clean water. To support this effort, the Department of Environmental Conservation works with partners at the State Department of Health and numerous entities, including local health departments, drinking water providers and authorities, and federal, state, county and municipal governments to ensure groundwater and surface water resources are protected and clean. New York has dedicated significant resources to assess emerging contaminants such as PFAS and 1,4-dioxane across the state.

The press release said, “New York will continue to advance programs and policy guided by the best available science while holding polluters responsible for the harm that emerging contaminants cause to communities and the environment. Through cooperative efforts among state agencies, New York will conduct monitoring at superfund, brownfield, potential firefighting foam hot spots, and inactive landfill sites to determine whether PFAS impacts are detectable. The state will build upon its work to date to address emerging contaminants through a suite of legal and regulatory actions coupled with swift on-the-ground response for sites where contamination is detected. In addition, the Drinking Water Quality Council will oversee evaluation of new and unregulated contaminants to safeguard public health.”

Rob Hayes, clean water associate at Environmental Advocates NY, said, “We are glad that maximum contaminant levels are finally in place. These new drinking water protections are the direct result of tireless advocacy by community members who literally have these chemicals in their blood.

We will continue to urge Gov. Cuomo to strengthen these regulations through regular reviews going forward. The science is clear: To protect people from cancer and other health hazards, New York must remove all PFAS from drinking water. Quick action is needed; it took almost five years for Gov. Cuomo’s administration to set these MCLs, and we can’t afford to wait that long for new drinking water standards.”

Victoria Leung, associate staff attorney for Riverkeeper Inc., said, “We appreciate that DOH finally has set MCLs for PFOA and PFOS after years of advocacy from community members. We hope that these standards will be implemented as soon as possible to ensure all New Yorkers have safe drinking water and aid the complete remediation of contaminated sites.”

However, this is only the first step. DOH must maintain its momentum and continue to set stronger standards in line with the science, and regulate the entire PFAS class of chemicals. We urge the state to move expediently in providing this, a long overdue response to protect the health of New Yorkers.”