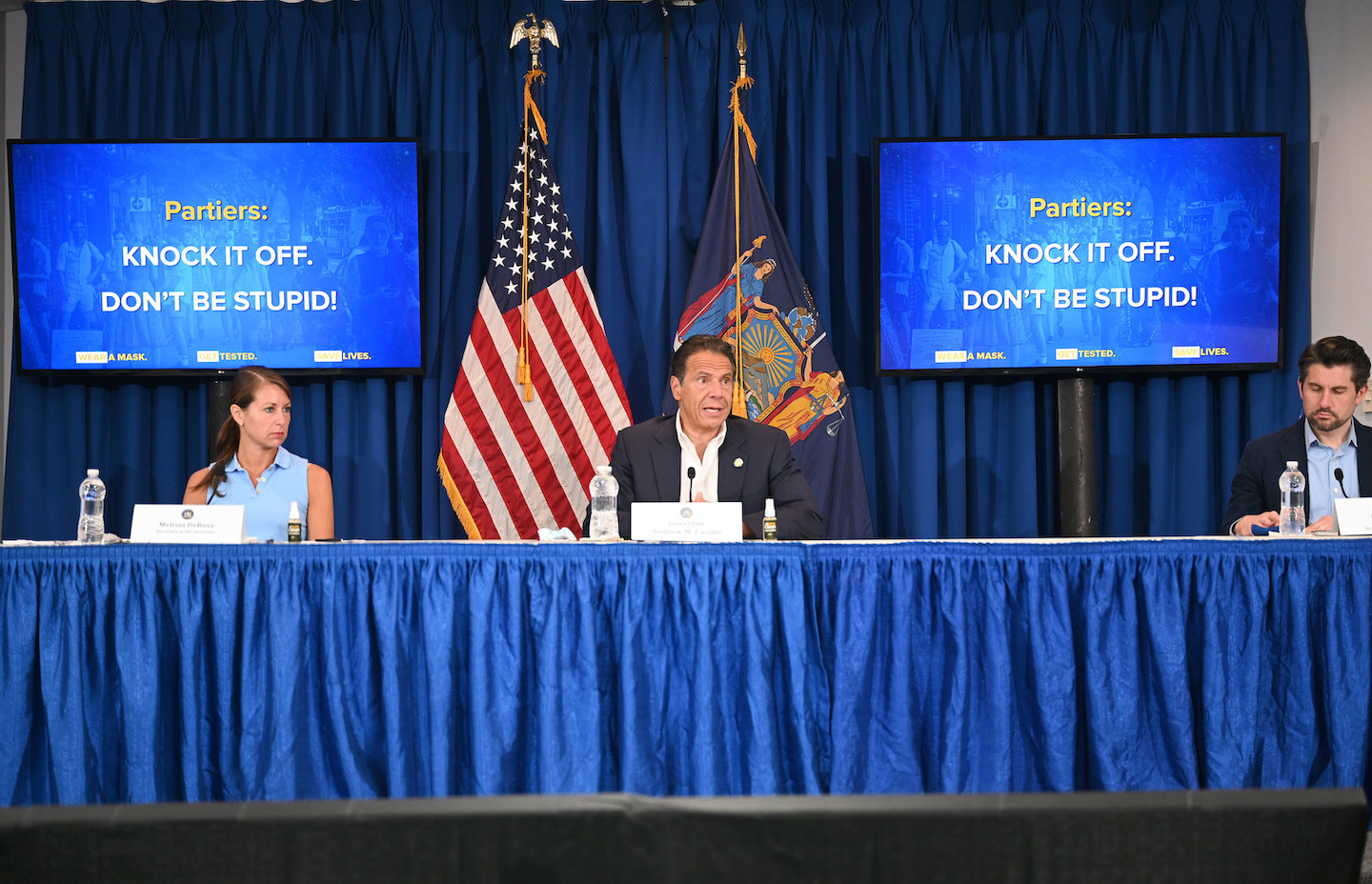 We have two main threats. The first threat is the number of congregations that we're seeing across the state, but especially in downstate, primarily of young people. I have talked about this before. We saw it again over the weekend and it is a problem. It is a problem. We know enough about this virus. We know that there are inevitable consequences to our actions. If you have congregations of people, they are going to spread the virus.

Now, many of these conversations tend to be young people and young people, as a general rule, believe they’re superheroes. I understand. I was a young person once, just last week. OK, maybe not last week.

First of all, that's not a fact. There are facts and there are wrong pieces of information. You can get sick in your 20s. You can get sick. You can die in your 20s – people have. Even if you live by the theory of you're a superhero, you will take the virus and you will give it to someone else.

It's a true word. Don't be stupid. That is good advice in life. Take it from a person who's lived a lot of life. Don't be stupid. What they're doing is stupid and reckless for themselves and for other people. And it has to stop.

I will tell you what's going to happen. I spoke to a number of restaurant owners yesterday. We've had numerous conversations. The bad restaurant and bar owners are going to make it worse for the good ones. Most restaurants and bars are complying; they're going through a very tough economic situation, but they're living by the rules. The bad ones who are exploiting the situation and breaking the law – by the way, this is not just morality; they're breaking the law – are going to make it bad for everyone.

The bad bar, bad operators, in terms of restaurants and bars, they're going to make it bad for everyone and for themselves. We will have to roll back the bar and restaurant opening. If congregations continue, if the local governments don't stop it, that is what is going to happen. One plus one still equals two, right, and there's a logical consequence of actions, and that's where we are. That's the first threat.

Second is, we see the infection rate increasing all across the country. It's a fact: It's not getting better, it's getting worse. The theory that, “Well, New York is going to be immune from what's happening everywhere in the country,” that does not work. We were not immune from what was happening in China, and what was happening in Europe when the virus went from China to Europe, and then it came here from Italy and from France and from Spain, and the federal government never knew, and that's how New York got the virus.

An outbreak anywhere is an outbreak everywhere. That's the saying that I'm going to put on plaques and give to people. If the virus is going up in the other states, we have a real challenge and a real threat, because those people come to New York.

So, that is a very real threat and I don't see it turning around in the rest of the country any time soon. That is a predicament that we'll do everything we can to help the other states, and we are, but that is beyond our control.

That's not like the congregations and the party. Those are the two threats.