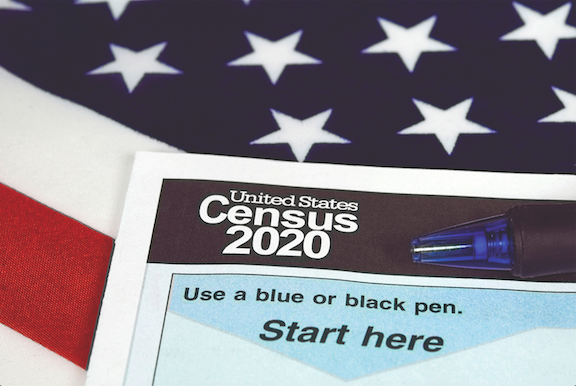 More than 40% of New Yorkers have not yet responded; congressional representation & crucial funding on the line

New York lags behind most other states in responding to the 2020 census, ranking 38th in the country, New York State Comptroller Thomas DiNapoli said Wednesday. Only 57.6% of New York households have responded compared to the national average of 62%. He urged New Yorkers to be counted and respond to the census.

“New York is in danger of being undercounted. The stakes are high and New York could not only lose congressional representation, but critical funding for education, public transit, housing and more,” DiNapoli said. “New Yorkers already pay more to Washington than we get back, but let’s not make it worse by not getting counted. I urge the more than 40% of New York households that have not yet replied to take a few minutes and complete this critical action.”

DiNapoli also released a detailed county-by-county breakdown of response rates as of July 13, as well as those of cities, towns and villages. These charts, which are updated daily, show:

√ Cities with the highest response rate include Sherrill in Oneida County (79.9%), Tonawanda in Erie County (73.6%) and North Tonawanda in Niagara County (72.7%).

√ Cities with the lowest response rates include Poughkeepsie in Dutchess County (46.6%), Hudson in Columbia County (41.5%) and Newburgh (38.8%) in Orange County.

√ Towns and villages with the highest response rates include Town of Pendleton in Niagara County (84%), Town of Pittsford in Monroe County (81.6%) and Town of Marilla in Erie County (81.3%).

√ Towns and villages with the lowest response rates are all based in Suffolk County and include Village of Ocean Beach (7.5%), Village of West Hampton (6.9%) and Village of Saltaire (6.6%).

DiNapoli released a report back in January that showed New York paid $26.6 billion more in taxes to the federal government in federal fiscal year 2018 than it got back in federal spending, ranking it last among the states. For every tax dollar paid, New York receives only 90 cents – well below the national average of $1.21. New York was one of just seven states that paid more tax dollars than it received back in spending when measured on a per person basis, with a per capita deficit of $1,363.

Census responses are confidential and there are no questions about citizenship or social security numbers. The deadline to file has been extended to Oct. 31. 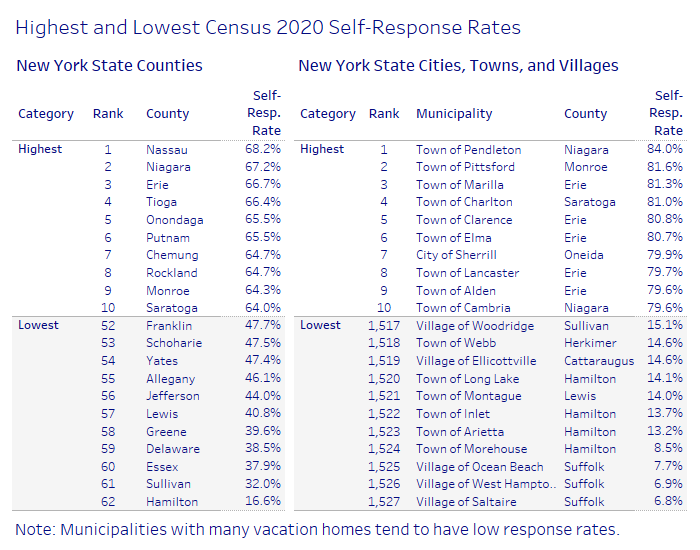 Source: Data provided by the U.S. Census Bureau; image courtesy of the Office of the New York State Comptroller