Doug enlisted in the Army at 18 to serve his country in Vietnam. When he returned from Vietnam, he got a job as a pressman for Moore Business Forms. He was with Moore for 32 years and was able to travel the U.S., Europe, and live in Australia for 2 years. It was while he was with Moore that he moved his family to Grand Island. After his career with Moore, he changed pace and became the installation manager for ASI Signage, where he installed many successful signage projects until his partial retirement in 2015.

He was preceded in death by his parents and brother, John Adolph “Jack” Anderson. He is survived by his loving wife of 50 years, Carolyn (née Southwick), his sister Louise (Gail) Jensen, and his daughters Shawna (Keith) Joslyn and Trisha (Matthew) Mortellaro, as well as his grandchildren Addison (fiancé Anthony Schiavi) Joslyn, Brennen Joslyn, and Logan Mortellaro.

Visitation will be held Friday, July 10, from 6 to 8 p.m. at the Kaiser Funeral Home, 1950 Whitehaven Road. Flowers are gratefully declined. Donations can be made to the angels of Hospice & Palliative Care Buffalo, who helped to provide guidance to his family and in-home care to him during his courageous, but short battle with cancer. 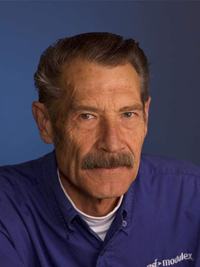