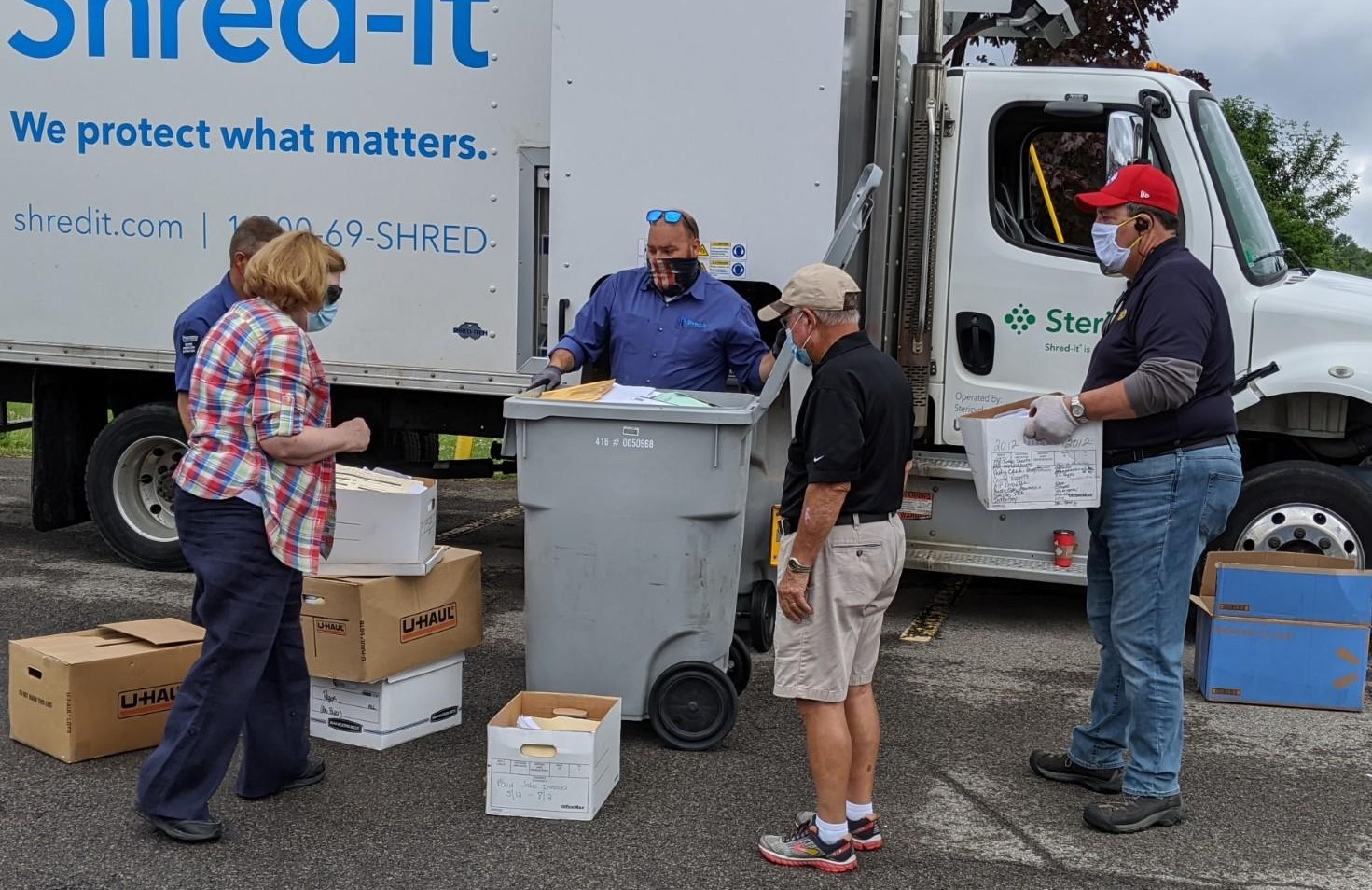 Back by popular demand: Rotary Club Shred-It event is July 11

The Rotary Club of Grand Island’s annual Shred-It event on June 27 was such a huge success members have scheduled another one on Saturday, July 11, from 10 a.m. to noon in the KeyBank parking lot in the Tops Plaza on Grand Island Boulevard.

The Shred-It event is co-sponsored by the Fuccillo Automotive Group of Grand Island and Madison Tile Carpet One.

For the first time, the June 27 event completely filled the Shred-It truck with nearly 40 cars waiting in a line that stretched down the boulevard.

“I cannot say enough about our hard-working, loyal and dedicated Rotarians who arrived early, left late and never stopped working,” said event chair Christine Learman of Christine A. Learman CPA on the Island. “When we saw we were not going to accommodate everyone in line we apologized and quickly obtained their email addresses so we could notify them of our second event, which we knew we had to do.”

Learman and the club’s new president, Sherry Miller, said it was quite apparent many people organized their homes and offices while being sequestered during the COVID-19 pandemic. Shred-It accepts boxes (approximately 12-by-16-by-10) for $10 each, or $20 for double banker boxes. If someone has more than six large boxes to shred, they can contact the Rotary Club at 716-773-7265 to make accommodations.

Tom Fogarty, general manager of Fuccillo Toyota, who oversees the three dealerships on the Island, said, “It has never been more important to be involved in our community than it is right now. The new Fuccillo Automotive Group of Grand Island is #GrandIslandStrong.”

For details on what items one can bring to Shred-It, or to learn more about the Rotary Club of Grand Island, visit www.rotaryclubgi.org.