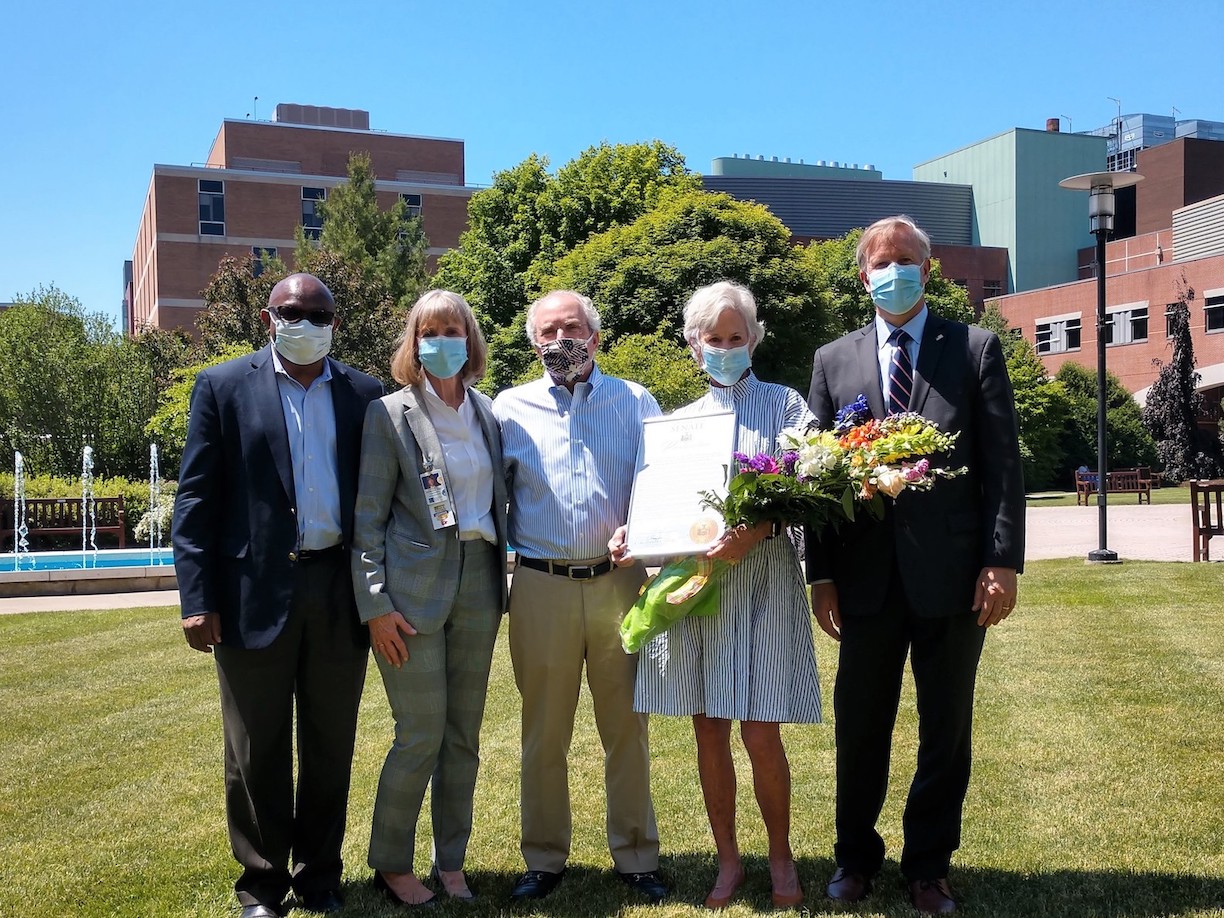 At a ceremony marking the announcement at Roswell Park Comprehensive Cancer Center, Jacobs praised Gioia for a lifetime of service, volunteerism and advocacy that has touched the lives of countless children and families across Western New York.

“So many organizations that contribute so much to our community have benefitted from Anne Gioia’s leadership, nowhere however has Anne had a greater presence than at Roswell Park Comprehensive Cancer Center,” he said. “With a passion born out of the great tragedy of the loss of her and husband Richard’s 5 year-old daughter Katherine to a rare form of pediatric cancer, Anne has had an incredibly powerful impact on the center’s mission to understand, prevent and cure cancer.”

Established in 1998, the Women of Distinction program was created to recognize the historic contributions of New York women who exemplify personal excellence, courage, selﬂessness, integrity and perseverance, and serve as an example to all New Yorkers.

Shortly after Katherine’s death, Anne, and her sister in-law Donna Gioia, became the driving forces behind the establishment of the Roswell Park Alliance Foundation. Benefitting greatly from Anne’s leadership, the foundation has raised over $400 million since its inception to support lifesaving research, treatment, and prevention programs, along with the psychological needs of patients and families. She remains an active member of the foundation board of directors, and currently serves as its secretary.

"Anne's decades-long dedication to Roswell Park’s mission is truly admirable and this recognition is well deserved," said Roswell Park President and CEO Candace Johnson Ph.D. "She has been a consistent beacon of light for the importance of cancer research and innovative care, and brings great insight and influence shaped by her incredible experience as a leader in this community."

Gioia’s commitment to the fight against cancer extends well beyond fundraising. So deep was her desire to serve and comfort families whose children were afflicted with cancer, that Anne co-authored a children’s book titled “Bobo’s Just Fine,” an inspiring and joyful story of a little girl whose bout with cancer and journey through treatment is aided by her stuffed toy rabbit.

In addition to Roswell, many health care and educational institutions have benefitted from Anne Gioia’s involvement, including the Buffalo Niagara Medical Campus, the John Oishei Children’s Hospital of Buffalo, the Center for Hospice and Palliative Care, Canisius High School, Canisius College and Nardin Academy.

“Courage, compassion and a commitment to improve the quality of life for her friends and neighbors are the hallmarks of Anne Gioia’s decades of service to Western New York,” Jacobs said. “Her wonderful contributions are the embodiment of the New York State Women of Distinction Award, and it is my privilege to recognize her and say, ‘Thank you’ on behalf of a grateful community.”