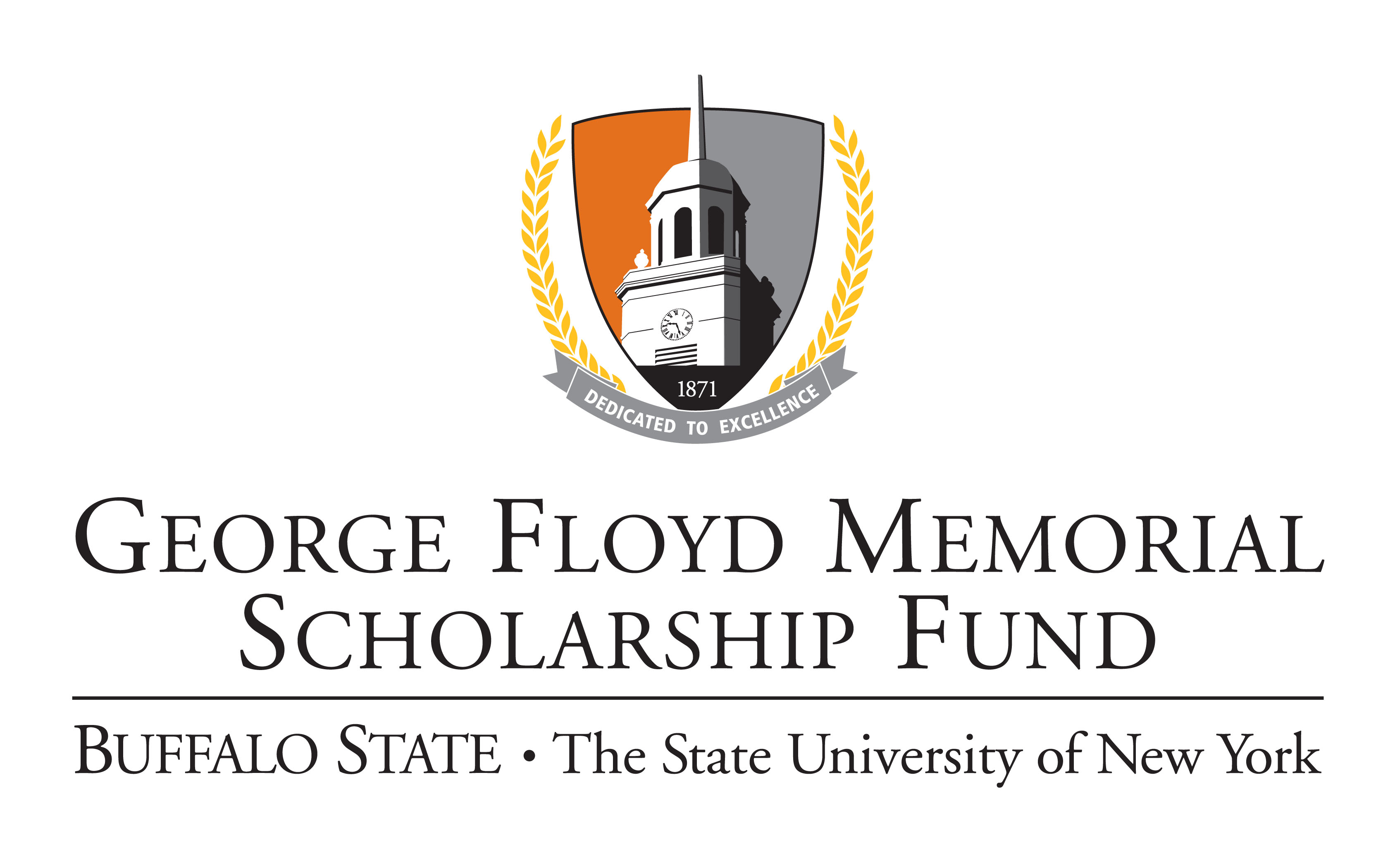 In response to a challenge issued this week to all American colleges and universities, Buffalo State College has established the George Floyd Memorial Scholarship to lift up future African American leaders who support racial justice and equity efforts in their communities.

On Thursday, President Scott Hagan of North Central University spoke at a private memorial service for George Floyd, an African American man who died after being pinned down by Minneapolis police. During Hagan’s remarks, he challenged all colleges and universities across the nation to join North Central University and establish a George Floyd Memorial Scholarship Fund.

The endowed scholarship at Buffalo State aims to provide one incoming freshman each year a $10,000 scholarship that will be renewable over four years. The Buffalo State College Foundation board of directors has designated $250,000 to establish the endowment; however, it is also calling on community partners to rise to the challenge and join Buffalo State in supporting and sustaining this important initiative. The college, along with a group of alumni and community volunteers, will immediately begin a campaign to grow the endowed scholarship toward a goal of $1 million.

“As a college community, we continue to grieve with the families of George Floyd, Breonna Taylor, Ahmaud Arbery, and so many others whose lives have been taken unjustly,” said Buffalo State President Katherine Conway-Turner. “We are deeply saddened by the circumstances that led to the scholarships creation, but we wholeheartedly support President Hagan’s suggestion and hope the community will contribute so that we can work together to break the cycle of injustice, and inspire young black leaders in our community.”

Buffalo State College Council Chairman Linda Dobmeier, ’71, added, “Now, more than ever, is the time to support racial equity and the fight for social justice. I encourage the community to contribute to this fund so that we can support our future leaders being formed right here on Buffalo State’s campus.”

The community can join Buffalo State in this endeavor by making a donation by phone at 1-833-Give-BSC (833-448-3272) or online at https://giving.buffalostate.edu/georgefloydscholarship. A scholarship application will be established in the coming weeks and shared with students.

Buffalo State – the largest comprehensive college in the State University of New York (SUNY) system – provides 9,000 students each year with diverse and transformational opportunities to believe in themselves, be inspired with knowledge, and achieve their goals. Buffalo State is ranked in the top 50 nationally by CollegeNET’s Social Mobility Index (SMI), which measures how effectively institutions enroll economically disadvantaged students and graduate them into well-paying jobs. The college offers a distinctive urban-engaged curriculum across more than 75 undergraduate majors and 60 graduate programs in the arts, education, sciences and professional studies.

Since 1871, Buffalo State has played a leading role in the resurgence of New York state’s second-largest city, generating more than $680 million in total economic impact each year as an anchor institution for the City of Buffalo.