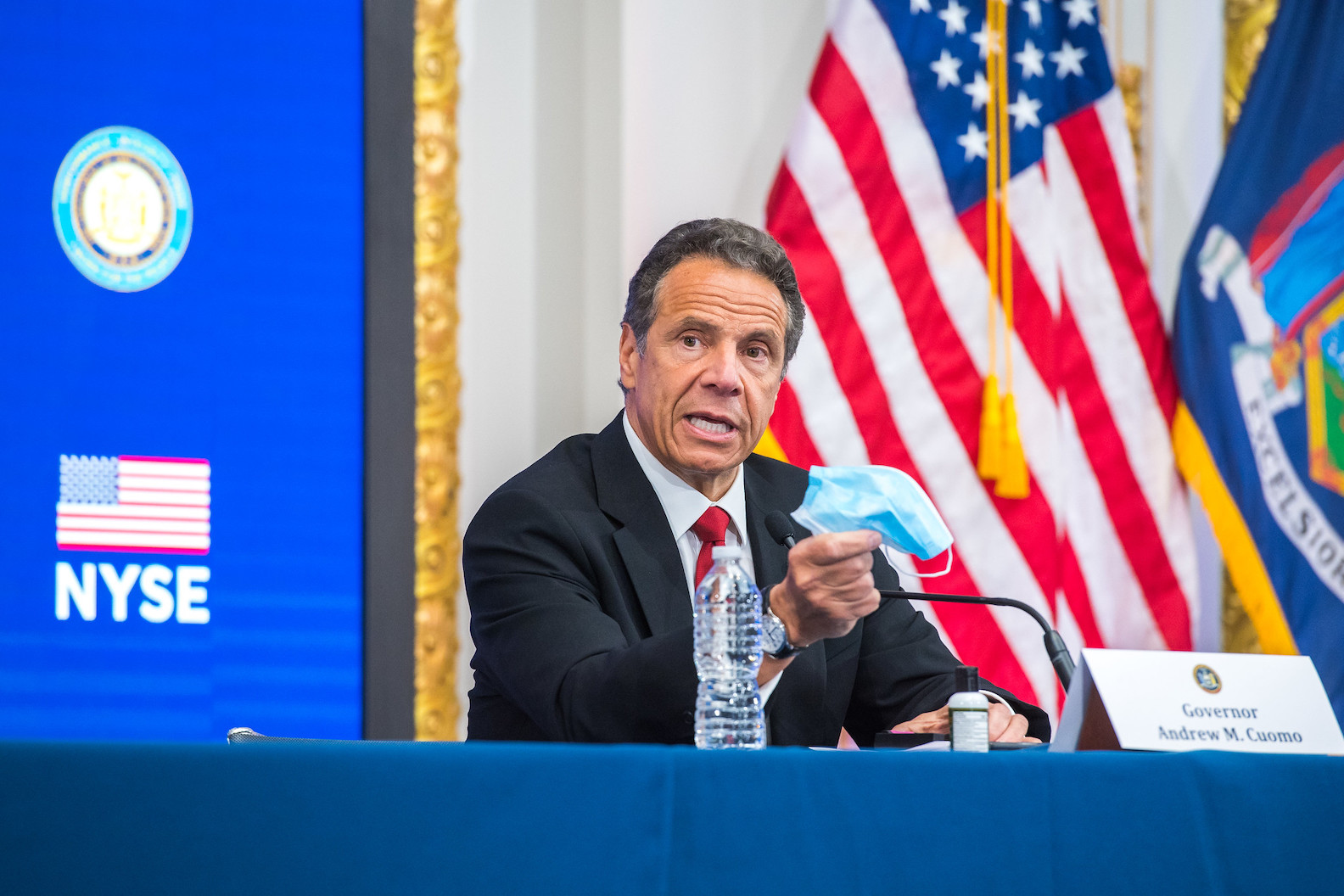 “Number of hospitalizations down, great news. Rolling average down; number of intubations down. Number of new COVID cases down to the lowest level since this ever started, just about 200. Amen,” he said. “Number of lives lost, 73. That's the lowest level that we have seen since this started. So again, in this absurd new reality, that is good news. any other time and place, when we lose 73 New Yorkers, it's tragic. It's tragic now. But relative to where we've been, we're on the other side of the curve and that's the lowest number that we've had.

“So, we thank all the health care staff once again, doctors, nurses, who've been doing a fantastic job. And you see we went up the mountain very quickly, that spike took us up very quickly, and it took a long time to come down but we're still coming down.”

Cuomo signaled a tide is turning in the fight against coronavirus.

“Yesterday was Memorial Day. And traditionally, Memorial Day is a pivot point, it's a transition point, summer is starting. Fashion changes, mindsets change, and it shouldn't be that much different this year. Memorial Day is going to be a point where maybe we don't all run back to the beach, but we're going to turn the page on COVID-19,” he said. “And we're going to start focusing on reopening, and how we reopen, and how smart we are in reopening, because that's the whole issue. You look at what's happening across the country, it was never a question of reopen or not reopen. The answer was always reopen. The question was always how smart are you on this reopening? How intelligent are you on the reopening? How informed are you, how disciplined are you on the reopening, because that determines how successful the reopening is.

“The stock market reopened today. I had the honor of ringing the bell. And it didn't reopen the way it was. It reopened smarter than before. Fewer people, wearing masks, new precautions, that the stock exchange has incorporated, not because government said they had to, but because the stock exchange is smart, and they wanted to get back the business – but they wanted to be smart and they're doing it in a way that keeps people safe – and that's an example of exactly what we've been talking about.”

Earlier in the day, Cuomo did ring the opening bell at the New York Stock Exchange to commence the reopening of the trading floor for the first time since March 23.

"I don't believe this economy just bounces back, and it is not going to be enough just to go back to where the economy was. We are going to rebuild and recreate the economy for the future – stronger than before,” he said. “Reopening the floor of the New York Stock Exchange is the first step. As trading on this iconic floor recommences, New York is showing the nation that we will lead the lead way."

Cuomo announced the winners of the “Wear a Mask New York Ad Contest”: "We Heart New York," created by Bunny Lake Films, and "You Can Still Smile" by Natalia Bougadellis and Emory Parker. Both winning videos will run as public service announcements and can be viewed here.

The contest, which was launched by the governor on May 5 and overseen by his daughter, Mariah Kennedy Cuomo, asked New Yorkers to create and share a video explaining why New Yorkers should wear a mask in public. The team collected more than 600 video submissions from across the state. There were 186,000 votes cast in the contest.

"We launched the ‘Wear A Mask New York’ contest to help spread the word about the importance of wearing a mask, and frankly this contest generated much more energy and excitement than I even anticipated," Cuomo said. "The tremendous level of participation demonstrates that people understand that a mask can be the difference between life and death. This is about their lives and this is about their community, and they're engaged – because they are New York tough, smart, united, disciplined and loving."

Kennedy Cuomo said, "We asked New Yorkers to create ads about the importance of wearing a mask in public, and we received over 600 video submissions from across the state. Congratulations to our winners and thank you to everyone who submitted ads, who voted, who shared ads, and helped spread this important message that it's absolutely critical to wear a mask in public.

“And we'll be continuing to reach out to New Yorkers for help in spreading the message about how we can get through this together, because New Yorkers are clearly ready, willing and able to help."