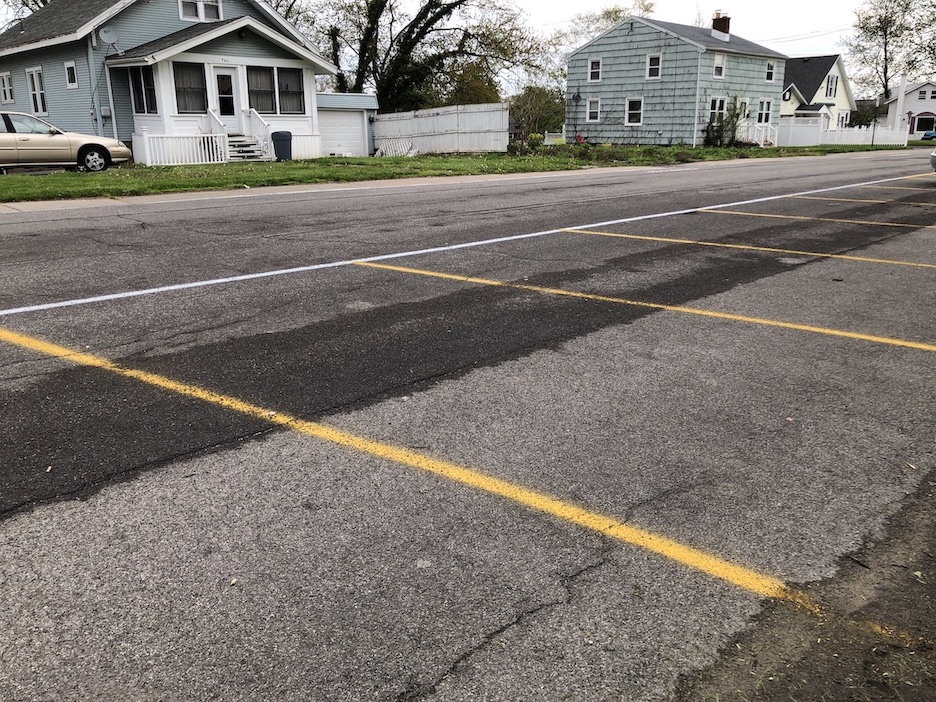 The Village of Lewiston Board of Trustees on Monday voted unanimously to restrict traffic on Ridge Street. The roadway is now a one-way street, with motorists entering via the Fourth Street corner and exiting onto Fifth Street.

This move was made to create almost two-dozen new striped parking spots on the south side of the road. At 66 feet wide, Ridge Street was too narrow to accommodate two lanes of traffic within this new reconfiguration. 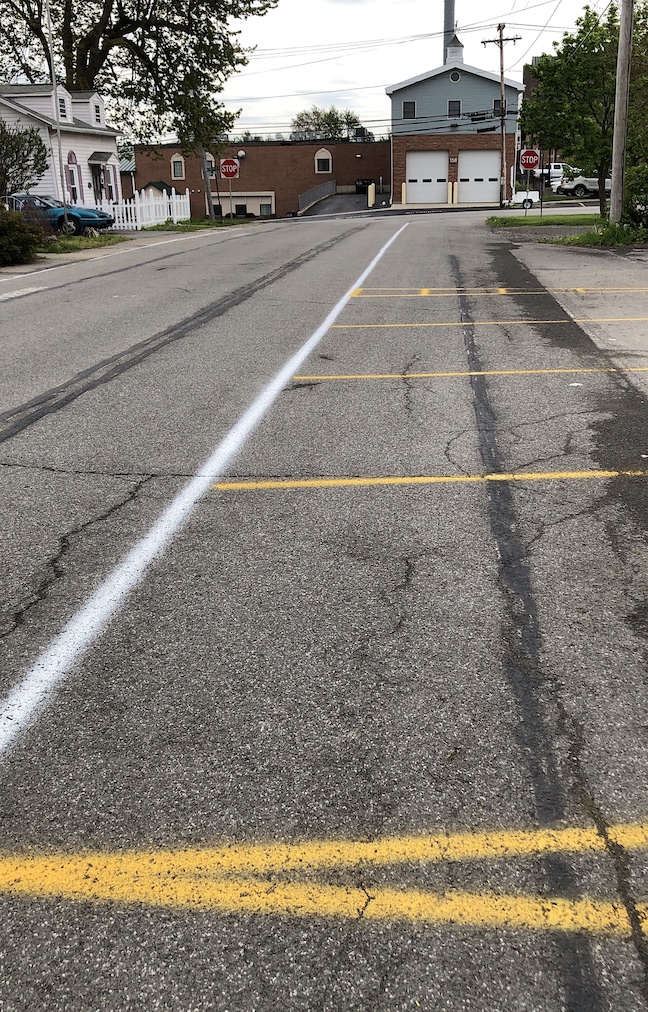 This is the way motorists will travel along Ridge Street, and these are some of the new parking spaces.

Trustee Dan Gibson said a Lewiston business person inquired about paying for the July 4 fireworks. The board voted to cancel the annual ceremony at the May 4 work session.

Though Mayor Anne Welch said a donation to offset the $9,000 cost would help, she explained the bigger concern is crowd size. New York is still limiting gatherings under Gov. Andrew Cuomo’s “PAUSE” order.

“We just can’t invite that kind of crowd for fireworks,” Welch said.

Western New York will likely be permitted to resume holding events that draw crowds of 10-plus when the region enters phase four of Cuomo’s “New York Forward” reopening plan. Local leaders have speculated that won’t happen until at least mid-July.

The board also voted to approve a refund, in the amount of $100, to Cadillac Cruisers, which decided to cancel its summer events at Academy Park this year.

“We’ll just have to look towards next year and having a great season next year,” Welch said. “Our main concern right now is just trying to get our businesses back open and doing what we can for them.”

Due to a clerical error with Niagara County, the Village of Lewiston tax rate is going up one additional cent per $1,000 of assessed valuation. When the clerk’s office went to file the tax rate, previously set at $7.65 for fiscal year 2020-21, employees were told the rate had instead been set at $7.66.

“The difference is because the county website had the figure that we used for the taxes, and then when the water and sewer was supposed to be put on the tax levy … (the county said it) had a different figure; that they had changed it,” Welch said.

Village Engineer Mike Marino of Nussbaumer & Clarke is applying for the Zero-Emissions Vehicle Infrastructure Grant program administered by the New York State Department of Environmental Conservation. The board is looking into installing a pair of dual-pedestal vehicle-charging stations for public use, with one at Lewiston Landing and a second on North Water Street.

The estimated cost for each unit is $30,000. Grant money would cover 80% of the bill, leaving the municipality responsible for $6,000 per charger. Shared service work conducted by the village’s Department of Public Works could further lessen Lewiston’s monetary obligation.

“It’s the wave of the future,” Welch said, later adding, “These are much-needed for the people that want to use them, and I think it’s a great idea.”

Trustees earmarked $100,000 in the new budget for matching grants.

Fees can be applied to the charging station users, returning some funds back to the village.

Trustees did not set a rate schedule.