Above all, Daniel had a special love and admiration for his nieces and nephews who will miss him dearly.

Daniel was predeceased by his nephew, Dr. James (Elizabeth) Mezhir.

Due to recent circumstances, interment in Gate of Heaven Cemetery was private for the family. A public memorial service will be announced at a later date.

In Daniel’s memory, memorial offerings may be made to the Niagara County Community College Foundation or St. Jude Children’s Hospital. 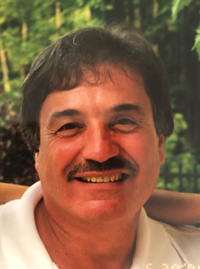