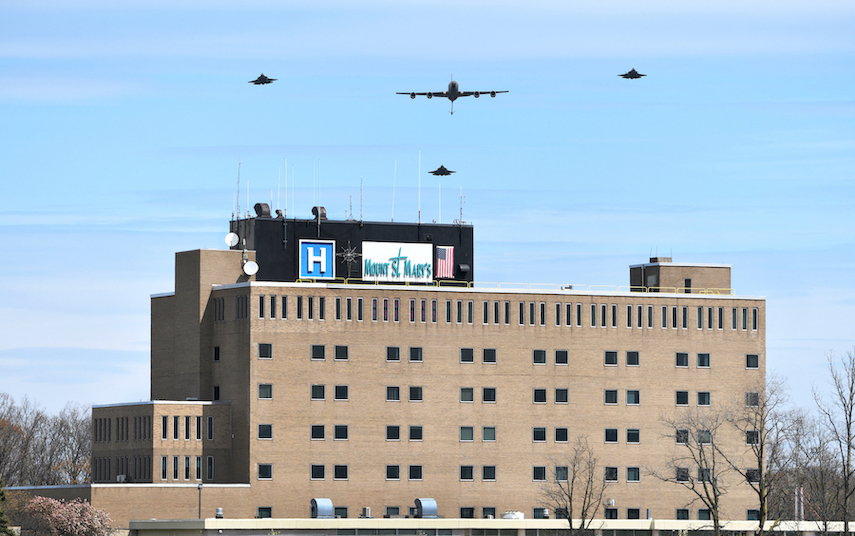 As part of a “Salute to WNY,” a 914th Air Refueling Wing KC-135 from the Niagara Falls Air Reserve Station and three F-35 fighter wings from the Vermont National Guard flew over parts of Western New York on Tuesday to salute frontline COVID-19 health care workers, essential employees and emergency responders. The planes were slated to fly over almost a dozen-and-a-half locations throughout the late morning.

On the NFARS website, 328th ARS Director of Operations Lt. Col. Ben Canetti said the aircraft were granted final approval to fly in the restricted airspace above the City of Niagara Falls.

“There’s a lot of limitations when planning a flyover to ensure the safest environment possible,” he said. “None of this would have been possible without the help of the Federal Aviation Administration, Air Transport Canada, and Buffalo Approach Control. We wish we could visit every location across Western New York, but we’re limited to time, resources and fuel.”

Canetti said the route was based on population density to safely fly over as many locations as possible before being required to return to base. 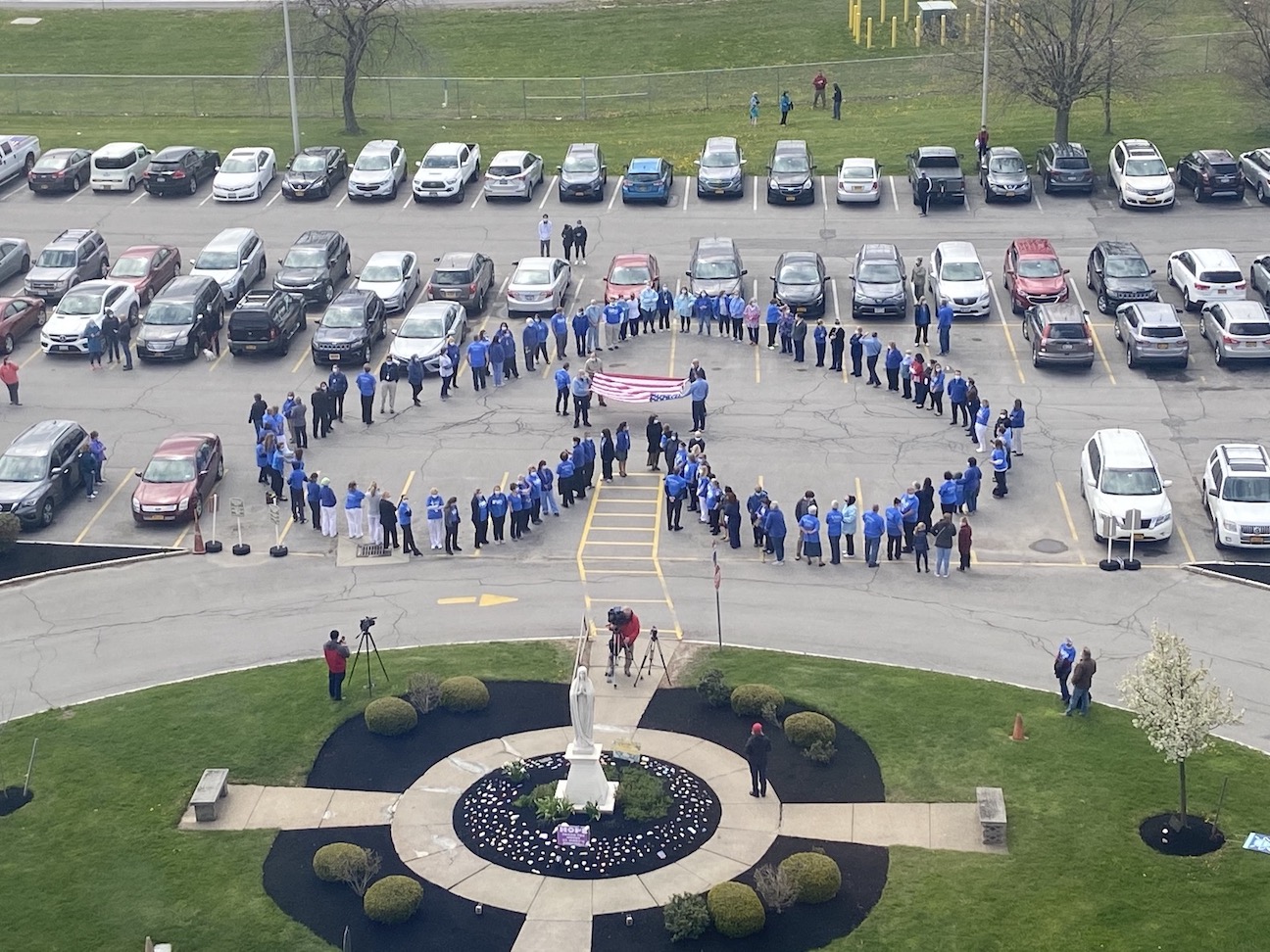 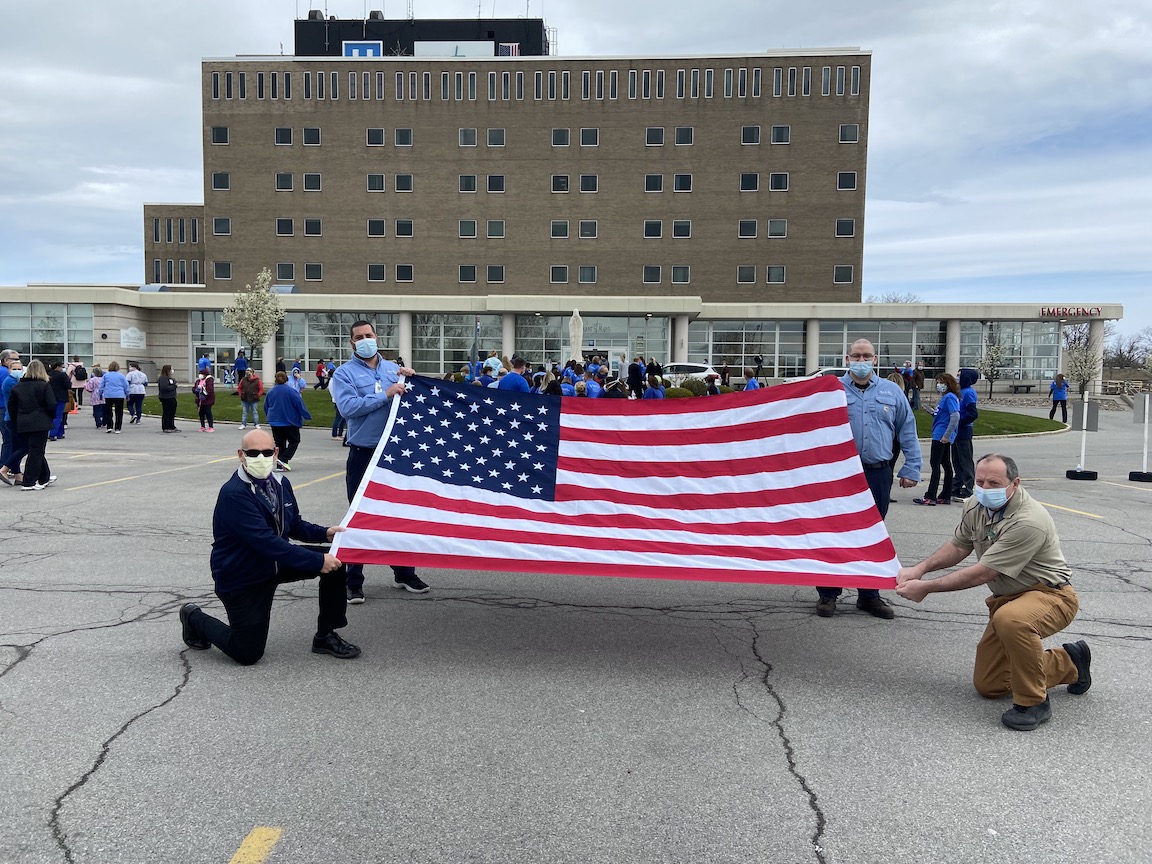 The planes fly high above the Summit Mall and Niagara Falls International Airport in Wheatfield. (Photo by David Yarger)