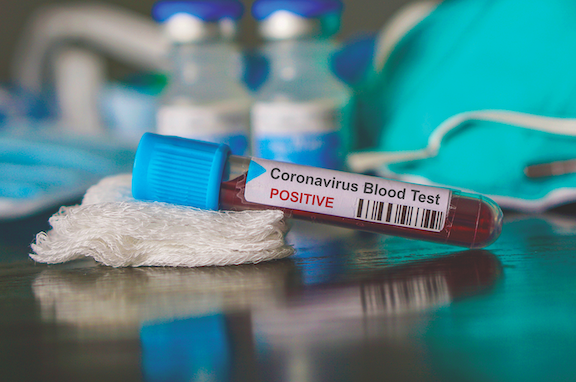 Federal, county and city leaders representing Niagara Falls are calling on the Assistant Secretary for Health, Admiral Brett Giroir, who has been designated the coronavirus national testing czar, to coordinate testing sites in the City of Niagara Falls.

Congressman Brian Higgins, City of Niagara Falls Mayor Robert M. Restaino, Niagara County Legislature Minority Leader Dennis Virtuoso and legislators Mark Grozio, Owen Steed and Chris Robins, all of whom represent the city, joined together to appeal to the U.S. Department of Health and Human Services to include the Cataract City as a priority location for the establishment of retail self-swab testing locations.

In a letter to Giroir, Higgins wrote, “We are several months into this crisis and yet our ability to perform enough COVID-19 tests to identify the sick and stop the spread of this virus is woefully inadequate. In Niagara County, the City of Niagara Falls accounts for one-quarter of all COVID-19 cases in the county, but there is currently not a single continuous testing site up and running in the City.”

Restaino pointed out certain population sectors within the city are more vulnerable to the COVID-19 virus: “As the largest urban center in Niagara County, Niagara Falls has a population which includes elderly, minority and those living in poverty – all of the sectors most impacted by the virus. Since late March I have stressed the need for a continuous diagnostic testing site as the only method to measure the impact of COVID-19 on Niagara Falls, if the city of Los Angeles, California, can do it, why can’t Niagara Falls get the assistance for continuous testing as well. I am encouraged by the vocal support Niagara Falls has received from our Congressman on this very important issue.”

Virtuoso said, “Our city is critical to the reopening of the Niagara Region; the safety of the city and its residents is essential to restarting our economy.”

HHS has awarded $73.2 million to establish walk-up, self-swab testing at retail locations such as Rite Aid and Walgreens across the country. Rite Aid currently operates 25 drive-thru self-swab testing sites including at New York stores in Albany, Utica and Valley College. Also working with the federal government, Walgreens announced this week plans to ramp up testing across the nation.

Higgins’ camp said, “The City of Niagara Falls continues to be the epicenter of COVID-19 cases in Niagara County. With vulnerable population groups and urban density not found elsewhere in the county, it is remarkable that no continuous diagnostic testing site exists in Niagara Falls.”

On Thursday, city and county officials representing Niagara Falls spoke with Higgins about this lack of testing and the congressman immediately took action to call on the federal Department of Health and Human Services to meet the need for diagnostic testing in Niagara Falls. Higgins’ office has also reached out to Rite Aid and Walgreens directly on behalf of Niagara Falls.

In a letter to the testing czar, the local leaders wrote, “Community spread is already a very real danger in smaller cities like Niagara Falls. If we do not make a concerted effort to rapidly expand testing, these high-risk, underserved communities are going to continue to disproportionately pay the price. COVID-19 testing must be made regularly available and accessible to everyone who needs it.”