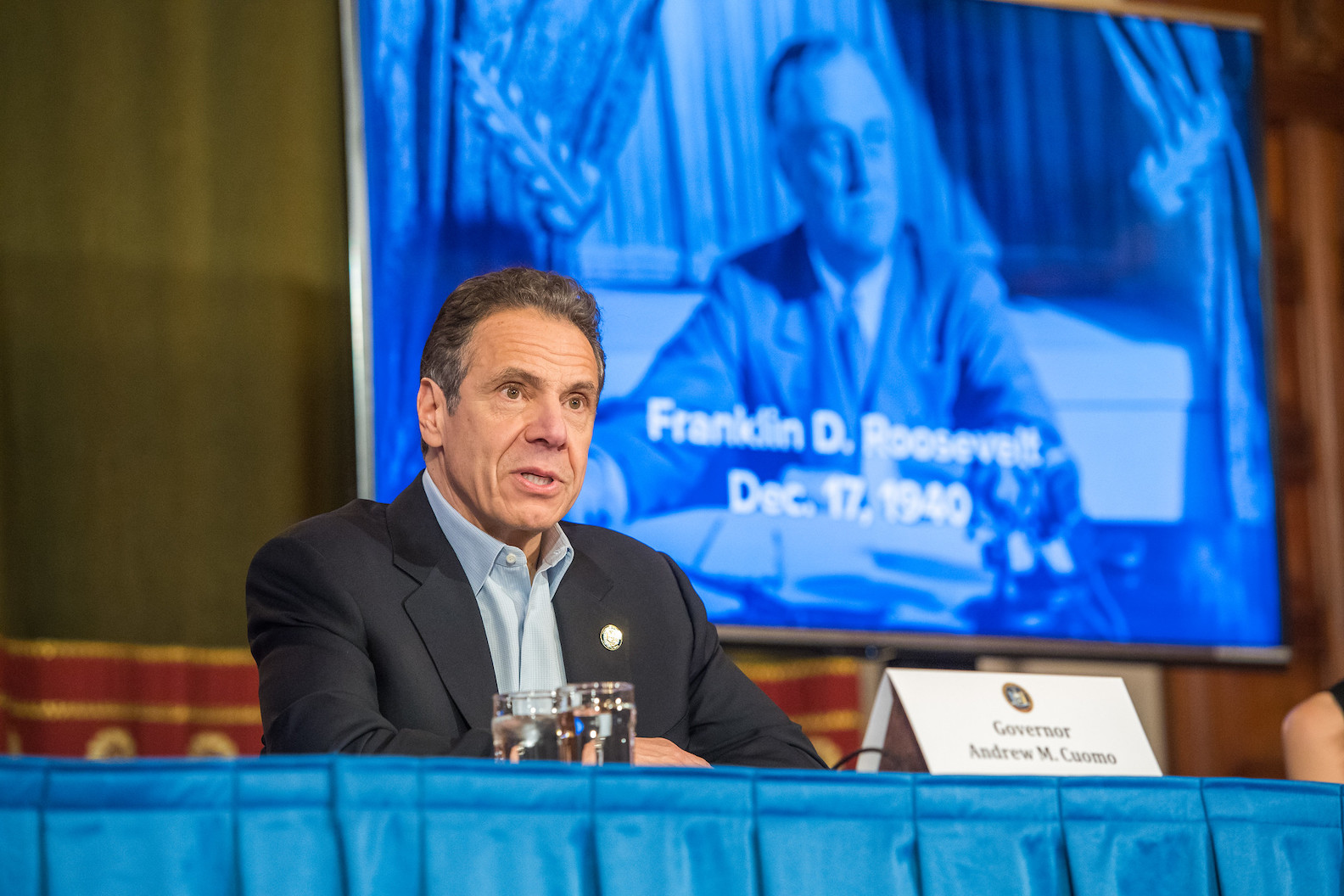 Cuomo: 'Anything anyone needs in Buffalo ... will be there'

In a new conference Sunday, Gov. Andrew Cuomo further explained his idea calling for the transfer of ventilators and personal protective equipment from upstate New York to the downstate area.

When he first announced this plan on Friday, several of Western New York’s elected leaders and medical executives expressed concerns that the mandate could weaken treatment measures at local hospitals.

Cuomo was asked why the executive order hasn’t been revealed yet, and what he would say to the residents of upstate New York who are concerned a transfer of items would leave people here more vulnerable.

“This virus will overwhelm the resources of any single community. It's also true nationwide. Our wisdom here in New York – our mental wisdom, and our ethos – is we’ll help one another. This surge flex, every day, we sit there allocating among hospitals, shifting gowns, shifting masks, shifting patients. Nassau needs this; Suffolk needs this; Westchester needs this. And that's the only way we're doing it, by shifting of those resources.

“We will come to a point where that wave will run right through the state. And we're going to have to do that for Albany, and Rochester, and Syracuse, and the North Country, and the Hudson Valley – that is going to happen. And I guarantee the people of this state that, as long as I'm governor of this state, we won't lose a life if we can prevent it. And we're not gonna lose a life because we didn't share resources among ourselves.

“Now, I understand the fear. ‘Well, if I lend you my ventilator, what happens when I need the ventilator?’ That was FDR and the garden hose, right? (A story the governor shared Saturday). First of all, smart is you don't want your house to burn down, don't let the neighbor's house burn down. When the fire hits the neighbor's house, it's in your self interest to put out the fire in the neighbor's house. Not only is it the right community/moral/ethical thing, it's the smart, practical thing.

“Why did Oregon send us 140 ventilators? Because they're very nice people. Yes. Gov. Brown is a great leader. Why else? Because they see the fire spreading. And they say, ‘Better we put out the fire before it gets to us.’

“If I'm sitting in upstate New York right now, and I see that fire coming up, I say, ‘Let's go put that fire out, before it gets to us.’ But even if the fire gets to you, every hose in this state that can be sent to you, because they don't need it, will be sent to you.

It was said 500 ventilators could be taken for the downstate area – “taken” being the operative word, because Cuomo said the National Guard would be used to acquire and transport the breathing apparatus.

Cuomo was asked how many ventilators have been claimed at this time.

“None,” he said. “I just wanted to know where they are, if we need them; right?

“And then, look, it's a ventilator. We had one here. It's on a stand; it's on wheels. You can move them on a day-to-day basis. Nobody's gonna get caught short. It’s not like you can't move ventilators from one place to the other.

“And you look at the (COVID-19 apex) curve. That's why I say, even nationally, you cannot do this any other way. I don't see any other operational model. It's, when a place is at the apex, all the firefighters run to the apex, with their hoses. And then the next place on the apex, you redeploy to that apex.

“New York City, the apex is either very, very soon, or we're on a plateau. Do what you can then, and then we redeploy.

“OK; this is the time the family has to come together. This is the time. Not just out of spirit and love, out of necessity. You cannot handle this without your brothers and sisters. You can't.”

On Saturday, Cuomo announced 1,000 ventilators have been donated to New York by the Joseph and Clara Tsai Foundation. That organization, together with the Jack Ma Foundation, also donated 1 million surgical masks, 1 million KN95 masks, and more than 100,000 pairs of goggles to the state.

The Chinese government and Ambassador Huang Ping, Chinese consul general, facilitated the donations. The ventilators were set to arrive at JFK Airport later in the day.