WNYE President and CEO Tim Winters said, “In conjunction with New York’s corn growers, Western New York Energy is committed to assisting distillers and companies of any size to manufacture hand sanitizer in the fight against the COVID pandemic.”

He added, “We could not do any of this without support from the farmers, our partners for the past 13 years. Corn ethanol is the main ingredient in 80% alcohol sanitizer. Farmers are as essential to WNYE’s operation as they are to America’s food supply. They are the bedrock of this region, the state, and the nation.”

NY Corn and Soybean Growers Association Executive Director Colleen Klein said, “Western New York Energy is a respected industry partner and a critically important, reliable market for our corn growers. In usual circumstances, our crop is used in the Medina facility to make clean, renewable fuel, but these are not usual circumstances. We are facing unprecedented times as a state and nation. We applaud WNYE’s ability and willingness to pivot their business to provide much-needed sanitation resources while maintaining the market for our growers during these uncertain times.”

WNYE’s Medina plant, located in Orleans County, is locally owned and can produce up to 150,000 gallons per day of tech-grade ethanol for industrial purposes such as sanitizer production. Winters and 50 employees are supplying some of the country’s largest technology companies and global personal care corporations that have repurposed operations to address the nationwide need for sanitizer, along with distillers across New York, New Jersey, Pennsylvania, Ohio, Massachusetts and Maine that have halted alcohol production to produce sanitizer for the urgent needs of doctors, hospitals and at-risk communities. Distilleries that WNYE first supplied at the forefront of the COVID response include: Black Button Distilling and Iron Smoke Distillery (Rochester), Uncle Jumbo’s  (Buffalo), Prohibition Distillery (Roscoe), Clayton Distillery (Clayton) and Maine Craft Distilling (Portland, Maine). Many were first bottled in 24-ounce glass liquor bottles in stock. WNYE is now working to make sanitizer available in larger gallon containers, pails or drums.

More distilleries across the Northeast, Midwest and the larger corporations WNYE has begun to supply are ramping up the production of 80% ethanol/alcohol-based sanitizer.

He emphasized, “It is important that products made in New York’s farm communities be given purchasing priority in times like this, as we are often more equipped and adaptive to support the needs of heavily populated urban areas that could be struggling.”

Klein added, “As we move forward, rest assured, New York farmers are going to show up to do their job – whatever it takes. We’re happy to have a friend in WNYE who shares this mentality. Whether you’re farm tough, New York City tough, or anywhere in between – we’re all stronger together.” 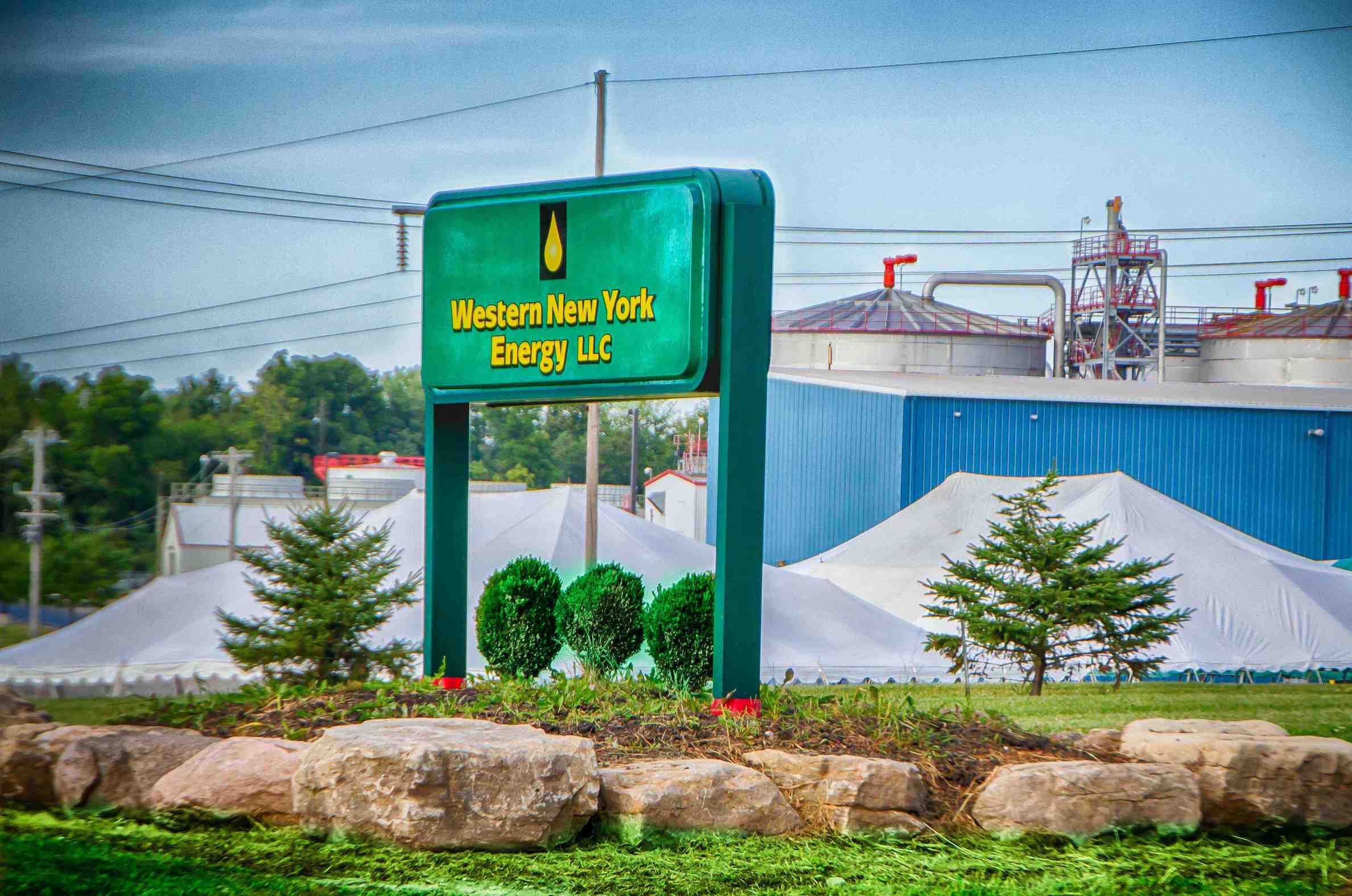 The first biofuel plant in the Northeast U.S., WNYE began ethanol production in 2007 upon completion of a $90 million facility in Medina. WNYE was the first ethanol plant in the Northeastern U.S. and is the only plant to be in operation 13 years. WNYE uses hydroelectric power from Niagara Falls. Renewable electricity reduces the GHG footprint for every gallon WNYE produces. With an EP3 designation from the EPA, WNYE is considered a highly efficient plant with lower GHG emissions. Less than one third of ethanol plants receive the EP3 designation.

On an annual basis WNYE processes approximately 20 million bushels of corn into more than 60 million gallons of fuel-grade biofuel blended with gasoline; 140,000 tons of high-quality dairy distillers grain for the dairy and livestock industries; 1,800,000 gallons of feed-grade corn oil sold as a feed product or for further processing into biodiesel; and 100,000 tons of food-grade carbon dioxide.