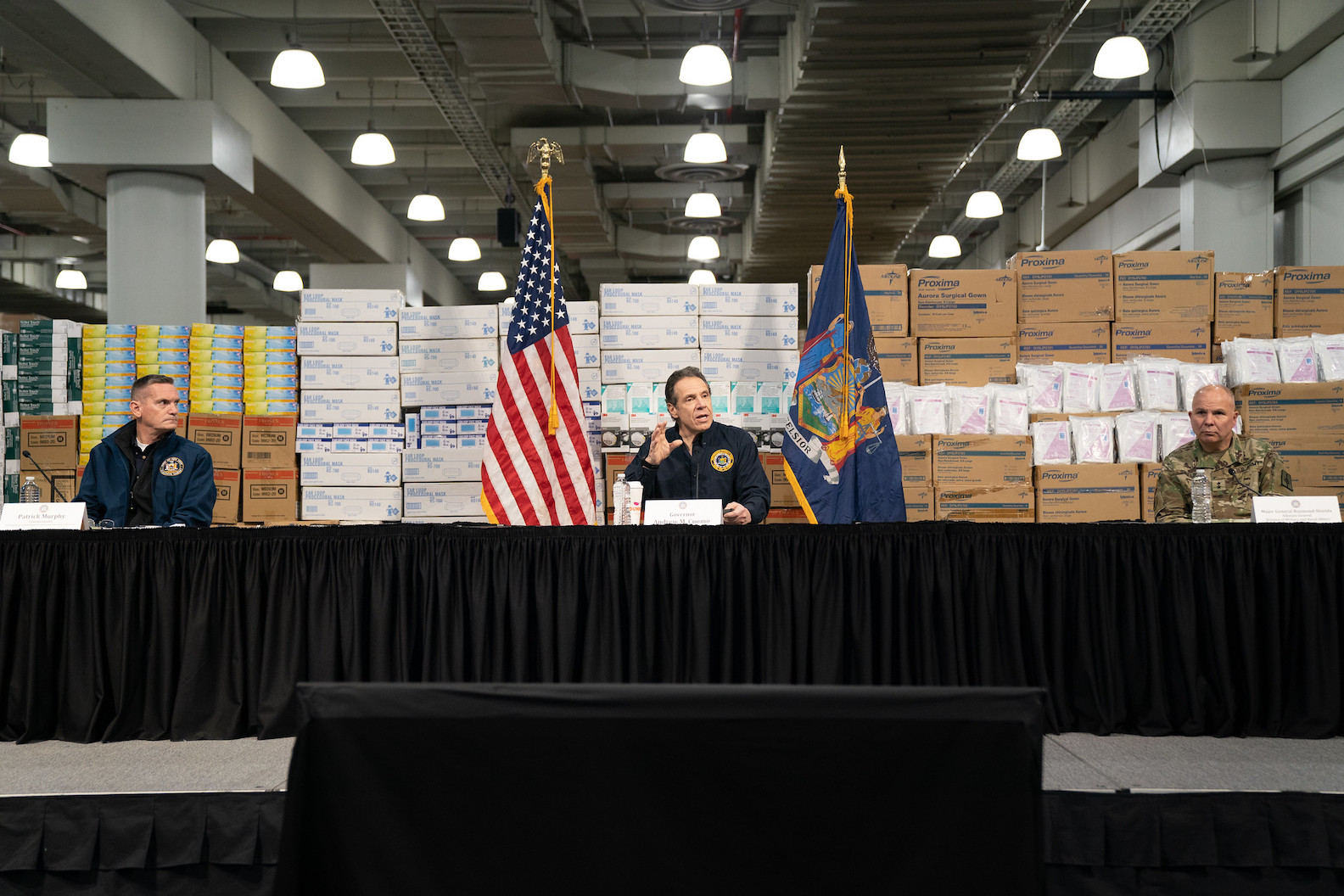 Gov. Andrew M. Cuomo didn’t mince words with the media in his press conference Tuesday. He said the time has come for the federal government to make ventilators more accessible to the medical professionals fighting COVID-19 in New York.

“The great critical need are ventilators,” he said. “Now, ventilators, you say ventilators, nobody really knows what you're talking about. The people who are going to come in, the people who will have acute needs, these are people who are under respiratory distress. They need a ventilator. The ventilators will make the difference between life and death literally for these people. This is piece of equipment that in a normal course of business you don't have a need for high levels of ventilators, and our hospital system has about 3,000 or 4,000 that has always met the need. This is a dramatic increase in the number of ventilators that you need. We have been working around the clock scouring the globe.

“We've procured about 7,000 ventilators. We need at a minimum an additional 30,000 ventilators. You cannot buy them. You cannot find them. Every state is trying to get them, other countries are trying to get them. The capacity is limited. They're technical pieces of equipment. They're not manufactured in two days or four days, seven days or 10 days. So, this is a critical and desperate need for ventilators. We're going so far as to you trying experimental procedure where we split the ventilator. We use one ventilator for two patients. It’s difficulty to perform. It's experimental, but at this point we have no alternatives. We're working on this experimental application taking two people in beds, one ventilator between the two of them, but with two sets of tubes two sets of pipes going to the two patients.”

“The federal Defense Procurement Act can actually help companies, because the federal government can say, ‘Look, I need you to into this business. I will contract with you today for X number of ventilators. Here's the startup capital you need. Here's the startup capital you need to hire workers that do it around the clock, but I need the ventilators in 14 days.’ Only the federal government has that power. And not to exercise that power is inexplicable to me. Volunteerism is nice and it is a beautiful thing. And it's nice these companies are coming forward and saying they want to help. That is not going to get us there. And I do not for the life of me understand the reluctance to use the federal Defense Production Act.

“How can we be in a situation where you can have New Yorkers possibly dying because they can't get a ventilator, but a federal agency is saying, ‘I'm going to leave the ventilators in the stockpile’? I mean have we really come to that point.

“Also, we have to be smarter about the way this is being done. The federal government has to prioritize the resources. Look at where the problems are across this nation. California has 2,800 cases. Washington state, 2,200 cases. Florida, 1,200 cases. Massachusetts, about 800 cases. New York has 25,000 cases. New York has 25,000 cases. It has 10 times the problem that California has. Ten times the problem that Washington state has. You prioritize resources, and your activity, and your actions to where they are needed. And New York, you are looking at a problem that is of a totally different magnitude and dimension.”

“The problem is the volume. Dealing with 2,000 cases is one thing – 2,000 cases, frankly, we could deal with in this building, with the capacity that we're providing. We have 25,000 cases. We need the federal help, and we need the federal help now. Also, there is a smart way to do this. Deploy the ventilators around the country as they are needed. Different regions have different curbs of the infection. New York is the canary in the coal mine. New York is going first. We have the highest and the fastest rate of infection. What happens to New York is going to wind up happening to California, and Washington state, and Illinois, it's just a matter of time. We're just getting there first.

“I will take personal responsibility for transporting the 20,000 ventilators anywhere in this country that they want, once we are past our apex. But don't leave them sitting in a stockpile, and say, ‘Well, we're going to wait and see how we allocate them across the country.’ That's not how this works. They're not simultaneous apexes. They are a curve that is individual to that region. Deploy to that region, address that region, and then move on to the next.

“And I'm not only talking about ventilators. We get past the apex, we get over that curve, that curve starts to come down, we get to a level where we can handle it. I'll send ventilators. I'll send health care workers. I'll send out professionals who've dealt with it and who know, all around the country.”

The supplies are being distributed in consultation with the Greater New York Hospital Association and the Healthcare Association of New York State, both of which are helping identify hospitals in greatest need.

"While the number of new cases continues to increase unabated, we are exercising all options as aggressively as we can including ramping up testing, isolating those who are infected, closing down nonessential businesses and building hospital surge capacity," Cuomo said. "The state cannot do this alone, and the blunt truth is we need more ventilators and health care equipment fast, and we need the federal government to actually use the Defense Production Act to get private manufacturers to help build this critical equipment. I'm not asking the federal government to help New York just to help New York – I'm asking for everyone. New York is the first – if we learn how to blunt the impact here and bend the curve here, we can help other states who are next. Let's learn how to act as one nation."