The wife of the late James A. Duxbury, she was the mother of Robert (JoAnne) Duxbury and grandmother of Jenell Duxbury. She was the daughter of the late Michael and Mary Kerwin, sister of the late Mary (late Maurice) Proy and Agnes (late Teddy) Rink. She is also survived by nieces and nephews.

Visitation was held Tuesday, March 3, at the Kaiser Funeral Home. A Mass of Christian Burial was Wednesday at St. Stephen R.C. Church. Interment was in Assumption Cemetery on Grand Island. 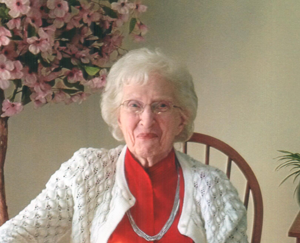