Delilah “Dolly” A. D’Orazio, 73, of Grand Island passed away on March 2, 2020, at her residence under the care of Buffalo Hospice.

Born in Kenmore, she was the daughter of the late John and Betty Jane (Meyers) McWilliams.

Dolly graduated from Kenmore West High School. In 1977, she married Anthony D’Orazio Jr. in New Jersey. Dolly was employed as a nurse’s aide in Enfield, Connecticut, and more recently as an aide at Huth Elementary School on Grand Island and a hall monitor at Grand Island High School.

In addition, she worked at the Reality Café on Grand Island. She was the religious coordinator for the Boy Scouts of America in Connecticut and was an active member of the Grand Island Democratic Committee, running as a candidate for Town Council. Dolly enjoyed cooking, crossword puzzles, gardening and arts and crafts.

In addition to her husband of 42 years, Delilah is survived by her children, Anthony D’Orazio III and Dawn D’Orazio; her stepchildren, David (Leesa) D’Orazio, Kim (Brian) Yohe, Lisa (Gary) Eckis, Scott (Dena) D’Orazio; several grandchildren, great-grandchildren and one great-great-grandchild; her siblings, Martha Kreuzer (Robert Guggemos), Jess (Diane) McWilliams, her niece Michelle (EJ) Budny, as well as several nieces, nephews and cousins. In addition to her parents, she was predeceased by her grandson, Vincent D’Orazio, and her infant brother, John McWilliams.

Visitation will be held on Friday, March 6, from 2 to 4 p.m. and 7 to 9 p.m. at M.J. Colucci & Son Niagara Funeral Chapel, 2730 Military Road, Niagara Falls, where funeral services will be held on Saturday at 11 a.m. Interment in St. Joseph Cemetery. If desired, memorial offerings may be made to Hospice Buffalo, 225 Como Park Blvd., Cheektowaga, NY 14227. Visit www.mjcoluccifuneralchapel.com for online condolences. 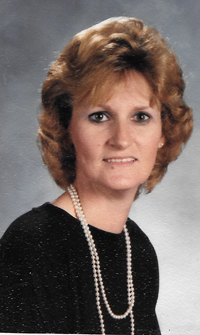