Taking the plunge in Olcott

Surprisingly, the weather was great Sunday for the 51st annual Olcott Lions Polar Bear Swim For Sight, with plenty of sunshine and fairly warm temperatures greeting those plunging into the cold waters.

After the increasingly popular firemen's tug of war, tailgaters were out having a great time. There was food from the various Lions Clubs, chowder from the Sanborn Fire Co., and chili from the fire companies. A number of colorful costumed characters filed into the Lions Club Pavilion to register for the swim, sign up for the Polar Bear Queen contest, and to pick up souvenirs.

As the time for the swim drew near, a brass band led the swimmers down Main Street to the beach. After Tina Baker was chosen queen, the court contestants went into the water first, followed by the rest of the swimmers.

Event organizers were forced to dig a hole into the ice, so the swimming area was limited. Swimmers went in the water in batches, under the watchful eyes of rescue personnel from the Youngstown Coast Guard. 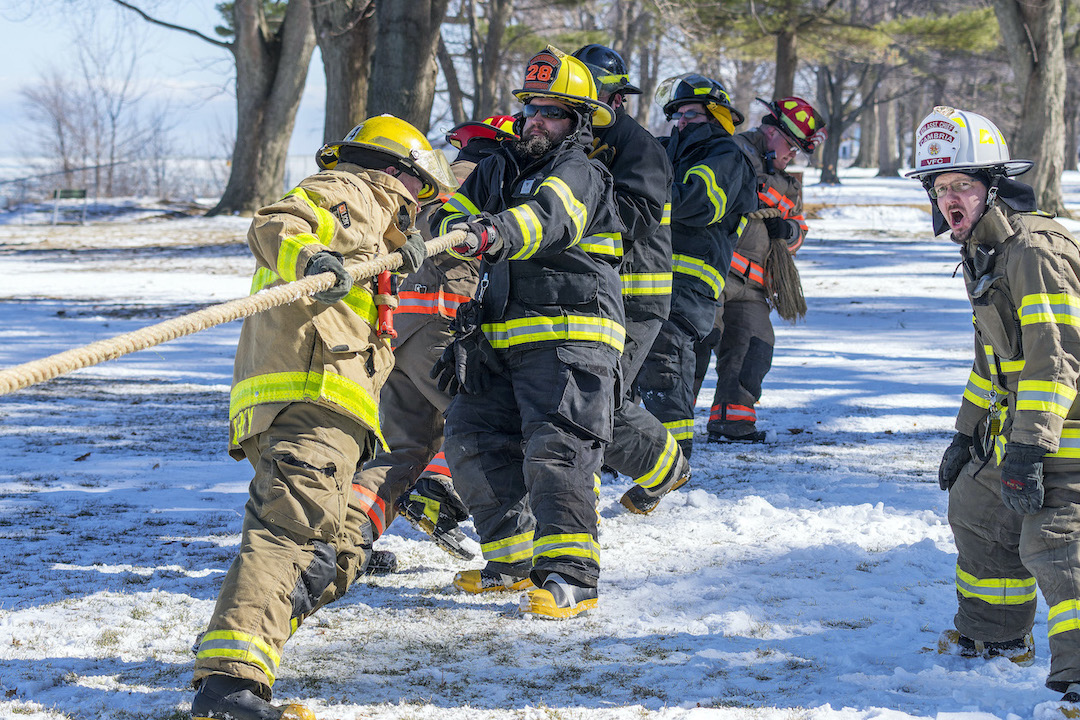 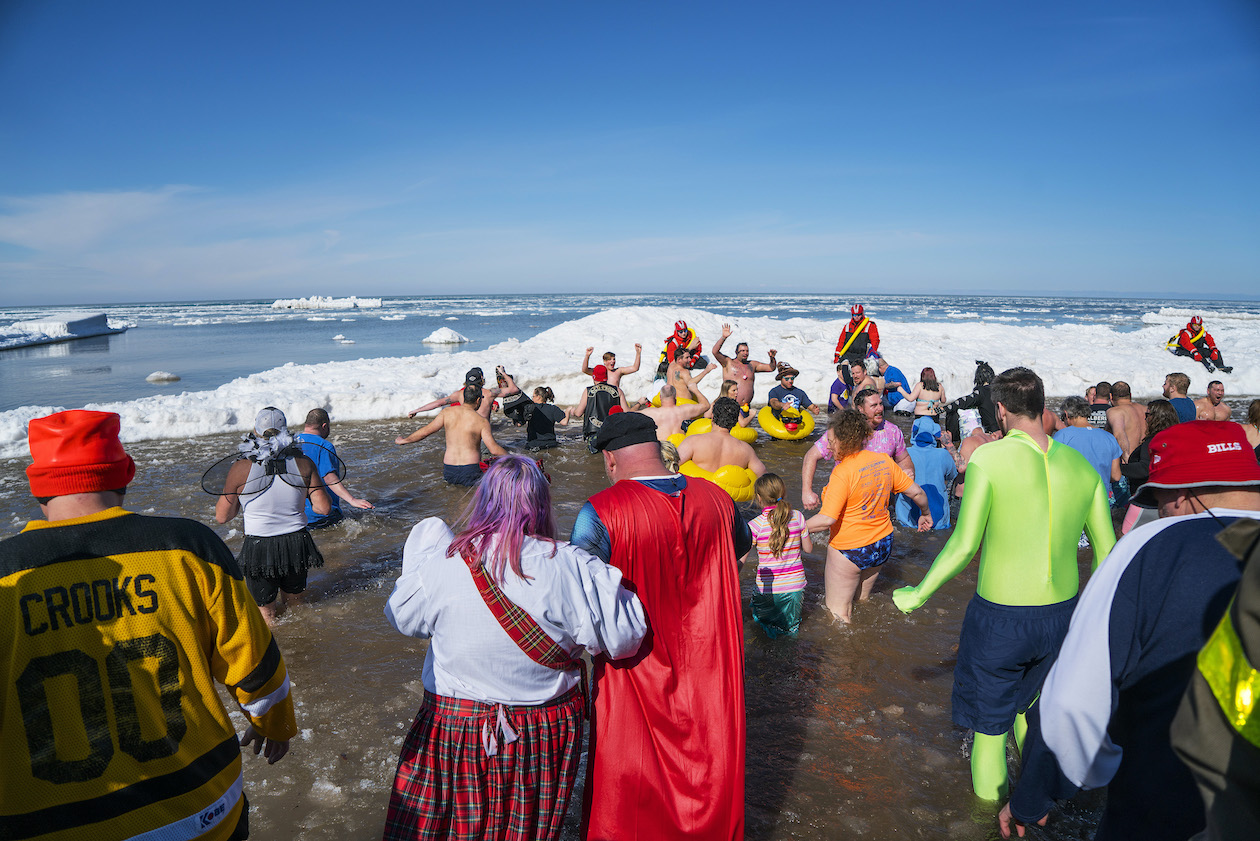