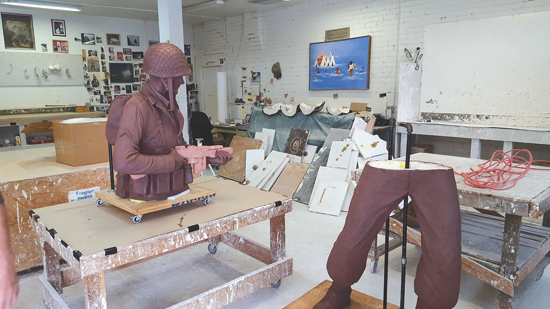 “From that point, it’s 13 easy steps from clay to bronze,” Henderson said. “It’s a pretty fascinating process, but it takes about three months.”

The sculpture will stand in DeGlopper Park and is set for an unveiling in June near the anniversary of DeGlopper’s death in battle in Normandy during World War II.