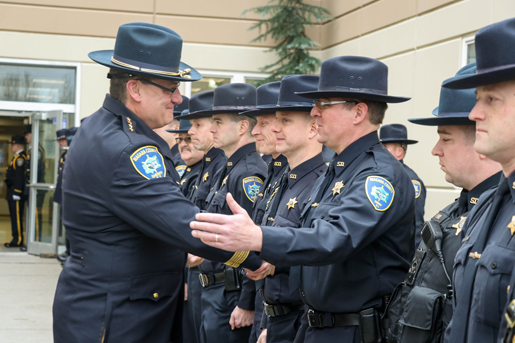 At Niagara County Sheriff James Voutour’s “walk-out” on Dec. 30, 2019 – his last day as a county law enforcement officer – he walked outside to find two long lines of sheriff’s deputies in formal dress uniforms wishing him well in the next phase of his life.

Acting Sheriff Michael Filicetti said that, as part of a tradition in law enforcement, Voutour shook the hands of the remaining sheriff’s deputies, though they were no longer under Voutour’s leadership.

“It means a lot to everyone in the department,” Filicetti said. “(It’s) the final celebration on your way out the door.”

“Prior to that, we had a little ceremony in the department where people came and presented some proclamations and said a few words,” he continued. “And then we did the walk-out.”

Since Jan. 1, Filicetti has taken over as interim sheriff for Niagara County. At the same time, he is campaigning for the Nov. 3 election day, when his acting duties will be suspended and an elected sheriff will take the reins.

“I’ve been the undersheriff for the last eight years,” Filicetti said. “So, I’m used to running the nuts and bolts of the department, day-to-day operations. Really, I’m just assuming leadership of the department. It was a seamless transition. There’s a few things left to do that are more public appearances and things like that. … Nobody that worked here noticed the difference from the end of December to the beginning of January, and we’re continuing to move forward.”

“We (Filicetti and Voutour) worked together for 26 years and I was his undersheriff for eight,” Filicetti continued. “He was a tireless leader. He set the pace for the department; he worked very hard, not just taking care of his duties during the day, but he attended public events in the evening and on weekends. He wanted to showcase the sheriff’s office as being involved in the community and, I think, he can certainly walk out of here with his head held high. He definitely achieved that.” 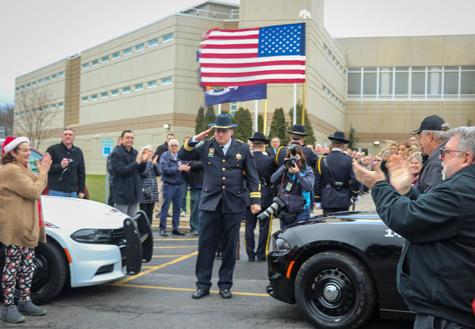 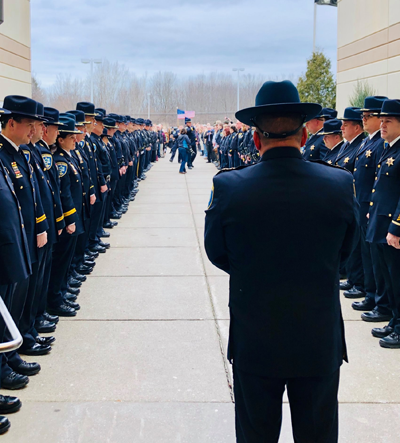