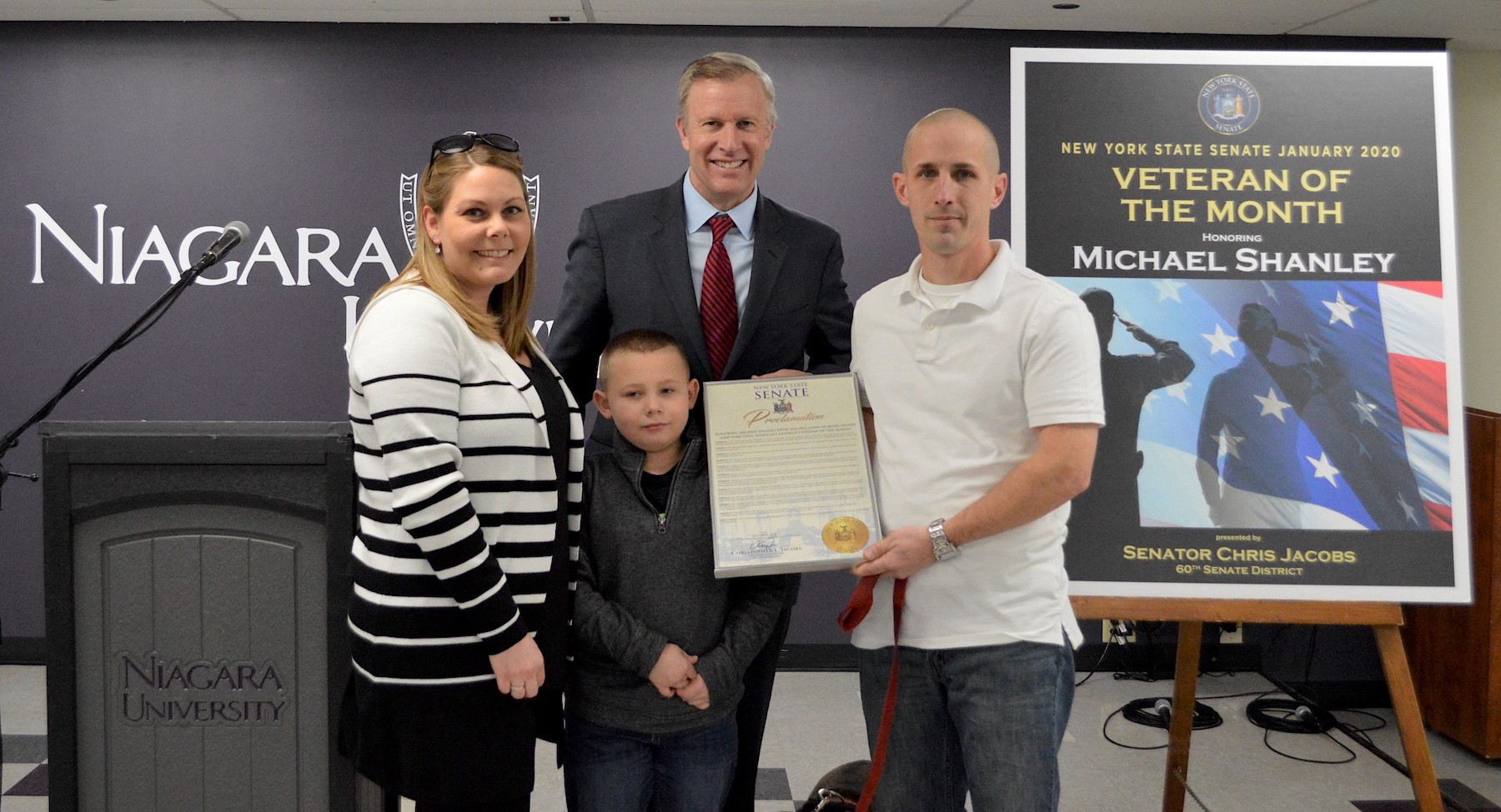 “Michael Shanley’s numerous awards and commendations speak to the excellence of his service as a tank crewman with the Army’s 4th Infantry Division during Operation Iraqi Freedom,” Jacobs said. “He has carried that same drive to succeed and commitment to excellence into many worthwhile causes on behalf of his fellow veterans. His experiences during his four years in the Air Force gave him an even greater appreciation for his fellow service members that has been a driving force behind 45 years of dedicated service to the American Legion and his fellow veteransmaking him a very deserving recipient of this honor.”

During Shanley’s service from 2000-04 he was stationed at Fort Hood in Texas and Camp Casey in Korea before being deployed to Iraq. It was there that Shanley and his unit participated in one of the most daring and noteworthy events of the war, the capture of former Iraqi dictator Saddam Hussein. A seminal moment in this nation’s military history, the actions of Shanley and his unit resulted in him receiving a Valorous Unit Award.

In addition to the heroic acts related to the capture, Shanley’s distinguished service was recognized through his receipt of the Army Accommodation Medal and three Army Achievement Medals for excellence in tank maneuvering, gunnery skills and eliminating five enemy armored vehicles in a single battle. He is also a recipient of a National Defense and a Good Conduct Medal, an Iraqi Freedom Medal, a Global War on Terror Medal, an Army Service Medal, an Overseas Ribbon and an Armed Forces Reserve Medal.

Shanley’s service to the veterans community is highlighted by his co-founding of Dog Tags New York in 2013. The organization provides veterans with shelter dogs who are trained to be therapy dogs for veterans. He remains very active with the group as an administrator, mentor and through veteran peer support. Shanley also volunteers for Buffalo Tunnels to Towers, a group whose annual 5K run raises money to support building smart homes for injured service members.

Shanley helped raise funds for the construction of the Western New York Iraq/Afghanistan Memorial located at the Buffalo and Erie County Naval and Military Park, which forever honors the 72 men and women who gave their lives in defense of their country. He volunteers with the Western New York KIA Memorial Road March and is an active life member of the Charles N. DeGlopper Veterans of Foreign Wars Post 9249 on Grand Island.

“Michael Shanley’s life and career are shining examples of what the 60th Senate District Veteran of the Month award represents,” Jacobs said. “I am honored to recognize him with an award that he so richly deserves.”