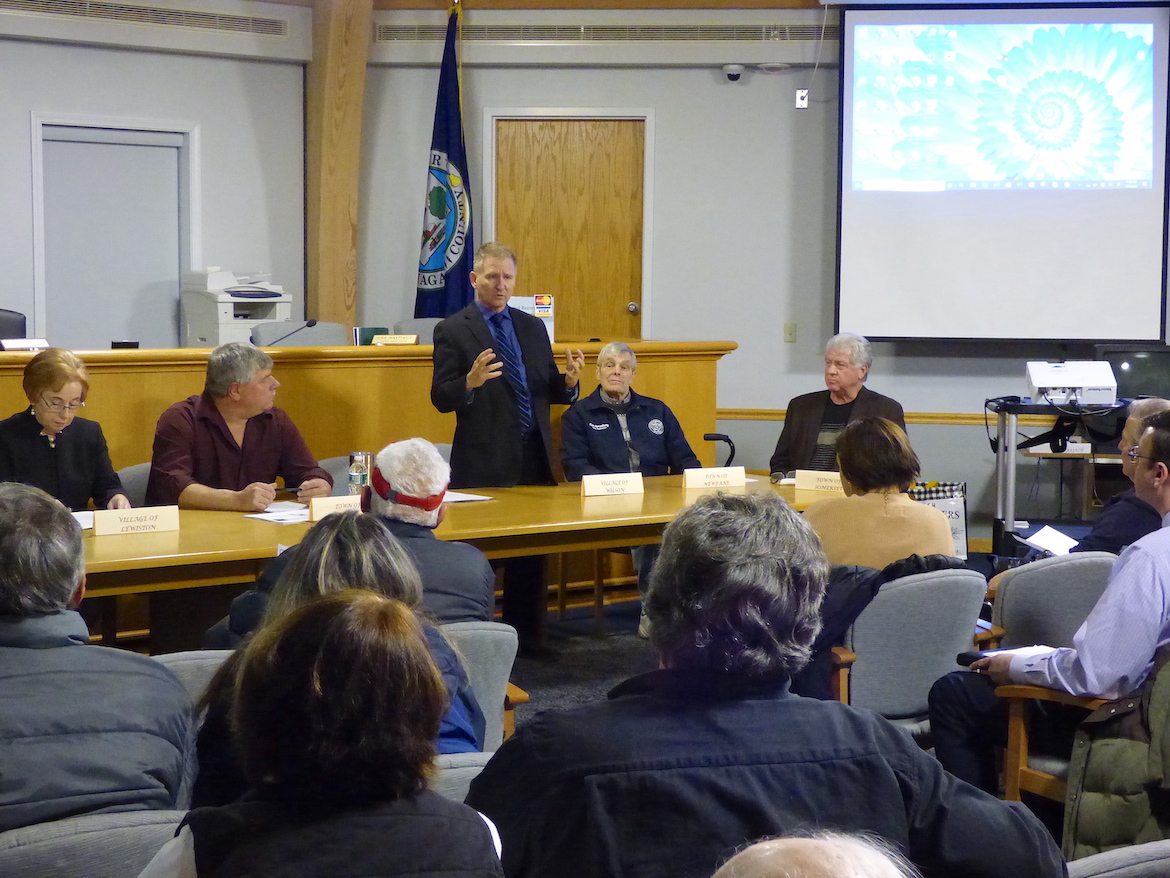 Following presentations on both the Greater Niagara Fishing and Outdoor Expo and Discover Niagara’s marketing strategy, Village of Wilson Mayor Arthur Lawson shared portions of the resolution with the audience. He said his group wants the IJC to “immediately rescind and suspend Plan 2014,” which members have said adversely altered water levels, leading to damaging floods seen in two of the past three summers.

The IJC website stated, “The International Joint Commission was established under the Boundary Waters Treaty of 1909 to help the U.S. and Canada prevent and resolve disputes over the use of the waters the two countries share. Its responsibilities include considering applications for projects that affect the natural levels and flows of boundary waters, such as the control works at Cornwall, Ontario and Massena, New York.”

In December 2016, the IJC (per its press release) “signed an updated order of approval for the regulation of water levels and flows in Lake Ontario and the St. Lawrence River.” Plan 2014 was intended to “protect shoreline property and will retain, essentially unchanged, the environmental conditions and coastal protections on the lower St. Lawrence River, below the Moses-Saunders Dam.”

Though U.S. Section Chair Lana Pollack said, “Plan 2014 is a modern plan for managing water levels and flows that will restore the health and diversity of coastal wetlands, perform better under changing climate conditions and continue to protect against extreme high and low water levels,” extreme high water levels did occur, causing millions of dollars in damage to shoreline communities in 2017 and 2019. Boating seasons were lost, and local economies suffered. It has requested the IJC fall back to Plan 58DD; that any future water level plans provide additional shoreline protections; fund flood prevention, mitigation and response efforts; and include members of the group of related committees and task forces.