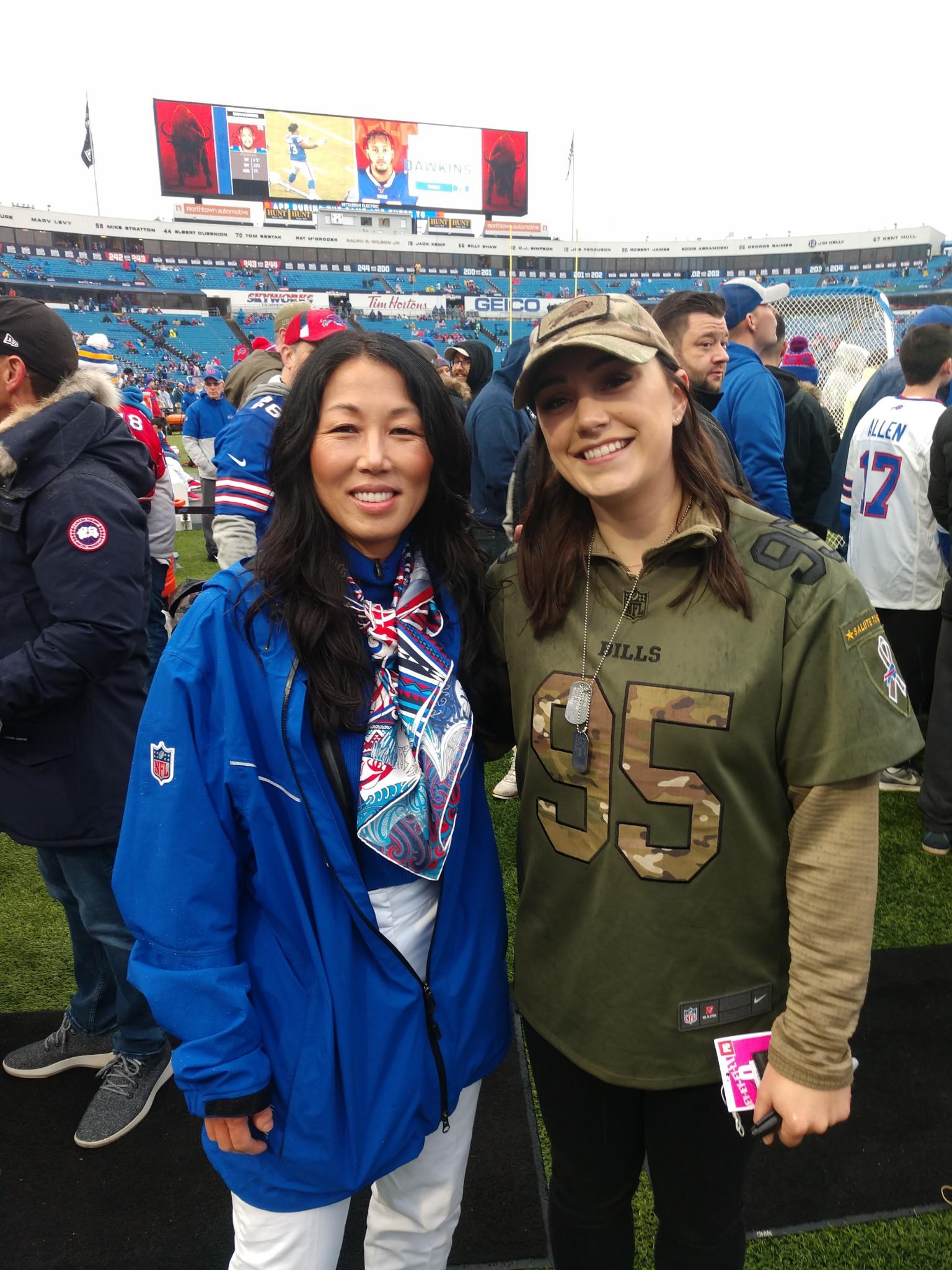 U.S. Army Spec. Riley Johnston, daughter of Town of Porter Supervisor John “Duffy” Johnston, was recognized by the Buffalo Bills on Sunday for her service to this country. The event was part of the Bills-New York Jets game at New Era Field.

Johnston attended basic training at Fort Jackson, South Carolina, graduating in 10 weeks. She then graduated with honors in advanced individual training at Fort Eustis, Virginia, after completing a 38-week course.

Johnston is currently stationed in South Korea as an armament, electrical and avionics repair specialist for the AH-64 Apache Attack helicopter. She is responsible for troubleshooting and handling repairs for the weapon and sighting systems on the AH-64 and supplying it with ammunition.

Johnston is shown in a pre-game meet with Bills co-owner Kim Pegula, and during the on-field ceremony conducted by the Bills as part of its home game tributes to service members. (Photos: Terry Duffy and submitted).