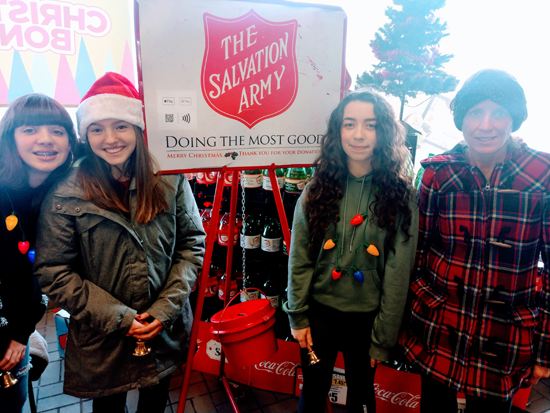 Rotary Club member Celestin Nkounkou is the major of the Salvation Army of Tonawanda, which meets the human needs without discrimination in the Tonawandas, Grand Island and Amherst communities.

The Salvation Army, a worldwide organization since 1865, has relied on public donations to the kettles since 1891. The Red Kettle donations enable them to bring the spirit of Christmas to those who would otherwise be forgotten all year long – to the aged and lonely, the ill, the inmates of jails and other institutions, the poor and unfortunate. In the United States, kettles at Thanksgiving and Christmas help make it possible for The Salvation Army to do the most good possible for 30 million people each year.