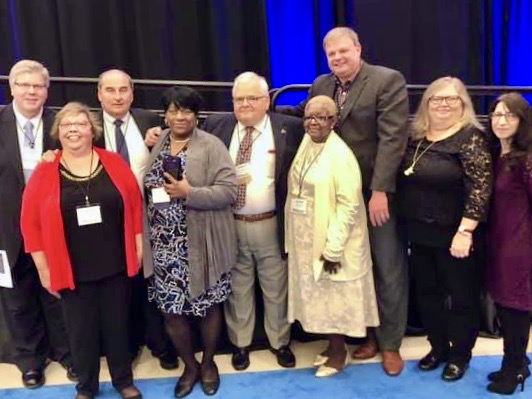 A Niagara County resident received statewide honors at the Cerebral Palsy Associations of New York State conference on Oct. 28. The honoree was chosen from nominees across New York.

Ernestine Gayle of Niagara Falls received the Robert Schonhorn Direct Support Professional of the Year Award for her excellent care and support of people with disabilities who live in one of Empower’s community residences. Ernestine's positive interactions with residents and her upbeat demeanor with co-workers creates a positive environment.

“The house where Ernestine works has the lowest staff turnover in our whole agency,” Empower CEO Jeff Paterson said. “We firmly believe this is due in part to the mentoring and role modeling that Ernestine provides to her co-workers.”

Ernestine serves on Empower’s incident review committee and played a key role in Empower's accreditation by the Council on Quality and Leadership. She was Empower's employee of the year in 2006.

Each year, Empower helps 1,000 people with and without disabilities through a variety of programs and services.