He was the loving and devoted father of Angelina Fabiano; cherished son of Marion P. Fabiano and Louis R. Fabiano; loving brother of Mary (Jim) Egloff, Annie (late Bruce) Carlson and Louis (Lisa) Fabiano. He is also survived by many nieces, nephews, aunts, uncles and cousins.

A Memorial Mass will be celebrated at St. Stephen R.C. Church, 2100 Baseline Road, at a later date to be announced. Memorials may be made to the Grand Island Fire Co., Juvenile Diabetes Research Foundation or a charity of your choice. 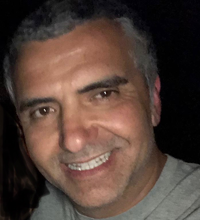