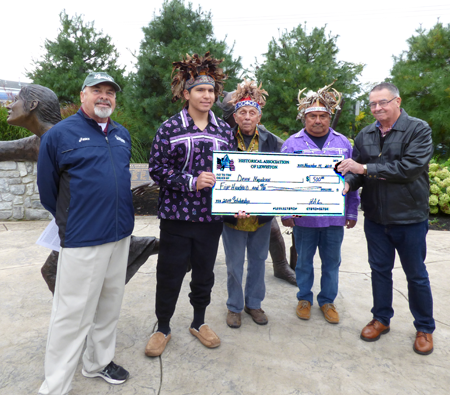 At the foot of the Tuscarora Heroes Monument, the Historical Association of Lewiston awarded a $500 scholarship to Devin Napoleon on Monday – Indigenous Peoples’ Day.

Napoleon, 18, is attending college at Roberts Wesleyan in Rochester. The Niagara-Wheatfield High School graduate is studying biology. He is from the Tuscarora Reservation.

HAL established the scholarship in 2018 as a way to honor and thank the Tuscarora Nation for its contributions to Lewiston.

At around 8 a.m. Dec. 19, 1813, the British attacked residents in the village, killing about a dozen people. Even more lives would've been lost had it not been for the actions of the neighboring Tuscarora people.

In an unprecedented act of bravery, they descended upon Lewiston in such a manner that the British forces were led to believe they were outnumbered – and soon left Lewiston. 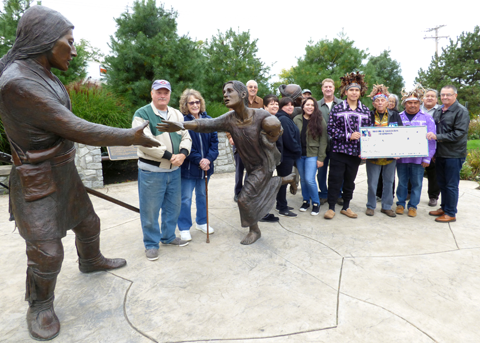