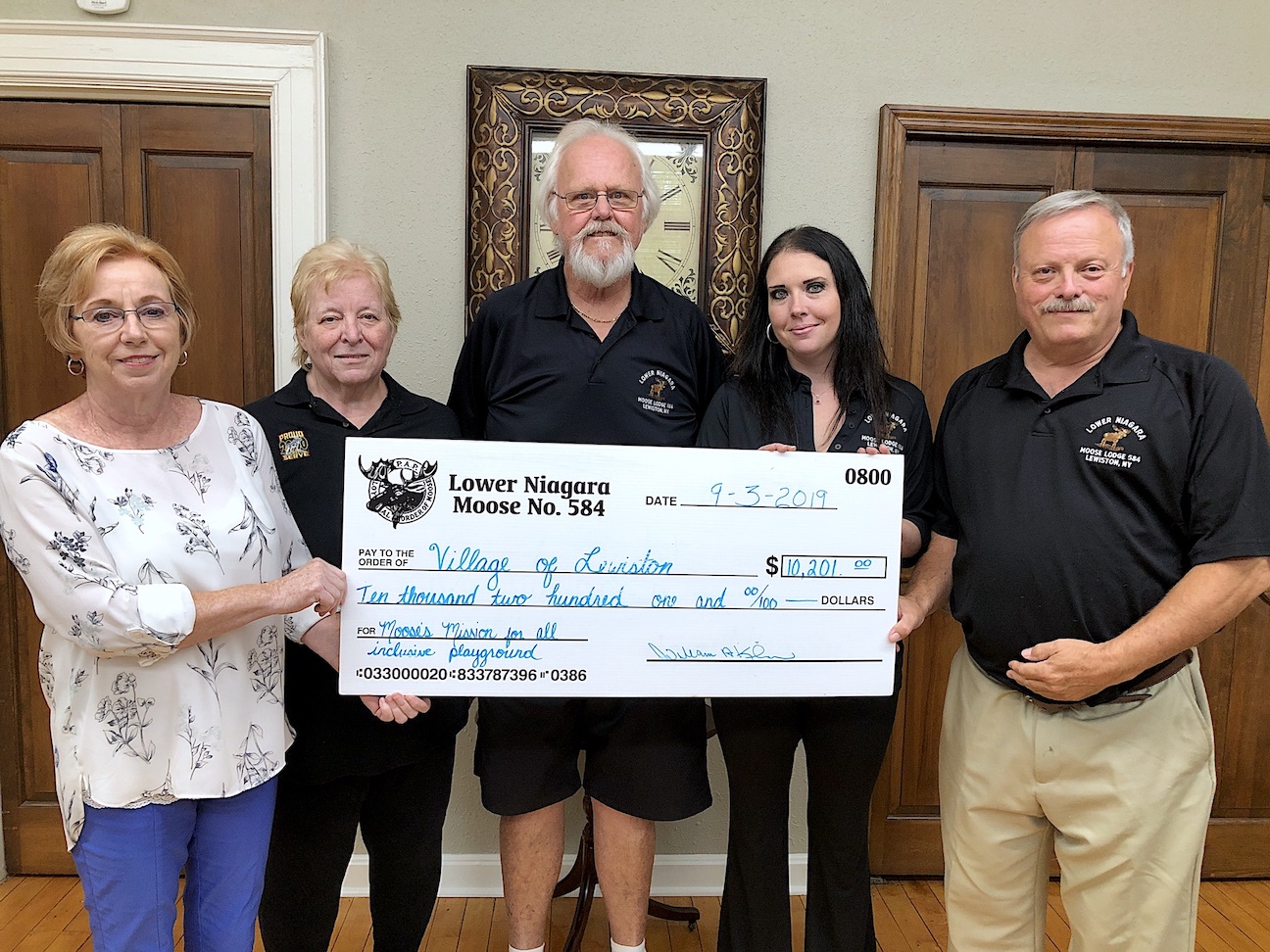 Village of Lewiston Deputy Mayor Vic Eydt joined with Ashley Olds, Bill Kilmer and Linda Fleck in presenting the municipality with $10,201 on Tuesday for the new inclusive playground project. The funds were generated at last month’s “Moose’s Mission” fundraiser, which was presented by Lower Niagara Moose Lodge No. 584 and Women of the Moose Chapter 1940.

“They did very well at their event,” Mayor Anne Welch said.

“I just want to thank Trustee Eydt and all the Lower Niagara Moose lodge people that were involved,” she added. “They raised over $10,000, which was awesome. It's going to be really great for the park.”

“A lot of hard work went into it,” Welch said.

“We really appreciate them doing this for us,” Welch said.

She noted the project still needs about $150,000 for completion. To date, the Village of Lewiston has received $200,000 in Niagara River Greenway funds, plus $60,000 in private donations. It is waiting for the transfer of another $250,000 in Dormitory Authority of New York State funds.

“People are still sending donations, which we hope they’ll continue to do that,” Welch said.

Welch also announced more than $3,500 has been raised via a GoFundMe campaign in honor of recently deceased Lewiston resident Pat Krell.

“It’s a nice tribute to Pat,” Welch said. “She was very adamant about donating to the playground. I thank the family for that.”

About the Inclusive Playground

The inclusive playground will be built in Marilyn Toohey Park, behind the Red Brick Municipal Building. At nearly 14,000 square-feet, it will provide a welcoming recreational area for children of all abilities.