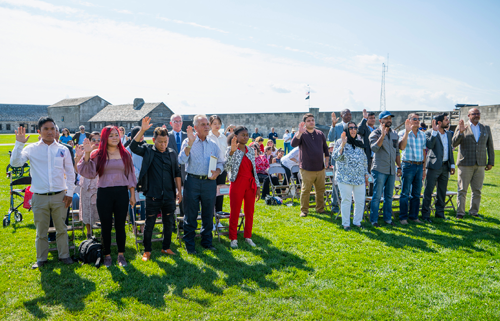 Conducted by U.S. Citizenship and Immigration Services, the ceremony included a number of civic groups in attendance, including the Penpoint Girl Scouts, Buffalo Passport Agency, League of Women Voters, The Daughters Of The American Revolution and the Erie County Board of Elections.

Old Fort Niagara provided entertainment from its Field Musick and capped off the ceremony with the firing of a cannon.