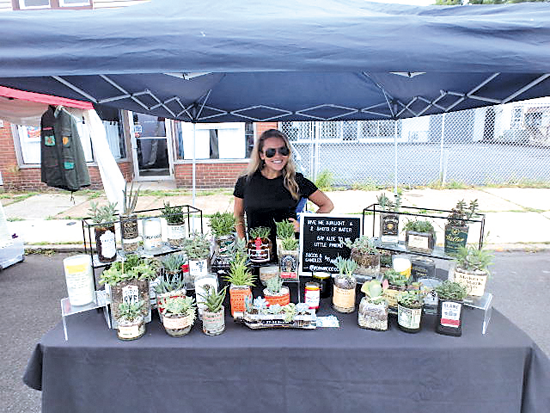 Summer means a lot of things to a lot of different people, but traditionally it has always been a season to get out of the house and attend local events with the rest of the community. Nobody knows this more than right here in Niagara County, where municipalities often end up competing with one another to draw in curious visitors and longtime residents alike for their own take of summer fun.

Over the past week, The Tribune has been able to visit four of these end-of-summer events, including the last of the concerts in Veterans’ Memorial Park within the Town of Niagara called “Music Mania Mondays.” We also attended the Wheatfield Family Picnic, The Oliver Street Arts Festival in North Tonawanda, and “Thursdays on the Water” at Gratwick Park. All in all, it was a great summer weekend, starting Thursday and ending Monday.

There’s still time to attend another “Thursdays on the Water,” and if you’ve been to any of them, you may recall buying a raffle ticket to win an electric guitar signed by Rick Emmett, the founding member of the Canadian rock band “Triumph.” All the proceeds of this 50/50 go to Bikers Against Child Abuse (B.A.C.A.), an organization dedicated to empowering children to not feel afraid of the world in which they live. To buy more and witness the drawing, make sure to be at this weekly event on Aug. 22.

“I started this three years ago,” said Jesse Gooch, a North Tonawanda business owner who is currently running for another term in the county legislature. “I’ve always been in the concert business. I used to run a concert, a one-day event in the summer called ‘Roots-fest’ that I used to have in my backyard. We had just a few people together, a couple bands; it just got big after a couple of years. … I would invite the public to my house and we would pick a different charity that we could donate the proceeds to … it started getting really big where we had hundreds of people in our backyard… it got so big the town requested that I move it to another location.”

Gooch said that it went from being the biggest party in the whole world, to being spread out and not as fun. It still brought in the same people, but it wasn’t as crowded. It lost some of its appeal.

However, it didn’t stop Gooch. He did one last show and got Dizzy Reed from Guns-n-Roses.

“We had a decent crowd and we raised money for ‘Hometown Heroes’,” Gooch said. “But I wanted to do something more frequent. … I noticed there wasn’t anything done in Niagara County for Thursday nights … I said, let’s have a Thursday’s on the Water. Let’s do a car show. Let’s have music. Let’s do that. Let’s keep it kid friendly so I hooked up with the Niagara Climbing Center … I hooked up with other businesses and got them involved.”

“So, the first year I approached the City Council of NT and they said, ‘give it a shot,’ and then it rained every Thursday! … I said, no, wait, I believe in this, I want to give it another shot,” Gooch said. “So, we tried it again last year, the weather was perfect. We hooked up with 97 Rock … it blew up!”

Another annual festival in North Tonawanda has also been plagued by rain. In fact, this year’s Oliver Street Art Festival saw a thunderstorm as artists and vendors set up their tables. The festival’s organizer, Natalie Brown said that it wasn’t the first time.

“I’m the Project 308 Gallery owner and my dad did a festival years ago,” Brown said, giving some backstory to the annual event. “I thought about how I was an art gallery, and I should do one and over the past six years; it’s grown into a great event!”

“It’s rained before, we were lucky it stopped right before the festival began,” she explained. “Four years ago it rained, and we had to close early, but we had a party in the gallery to make up for it! We’re really lucky it didn’t rain on the festival this year.”

The festival was just one block on Oliver Street between Robinson Street and Shenck Street, but more than 60 tents sprouted on the closed street after that initial thunderstorm. The weather held out for strollers to take in the innovations different craftspeople and painters presented.

One vendor, conveniently located by Brando’s Pizza and Wings, showed off, “completely recycled plywood and solid woods,” used to make boxes. The father and son duo area known as Moxes Boxes, Bryan and Andrew Maacks, sat on sound boxes they hit repeatedly on opposite ends of Oliver Street from the music tent, giving that side of the festival a different rhythm to walk to.

Further down, Julia Stephens of Williamsville sat behind a table filled with old liquor bottles. Mostly whiskey, she said, but all repurposed for their new role as planters for succulents.

“They don’t need a lot of water,” she said. “And just partial sunlight is good for them.”

Stephens laughed when she was asked where all the bottles came from.

“I drank them all!” she said. “No, really, they’re from local bars and restaurants. I cut them with a wet saw. … I like it and the feedback is phenomenal!”

At a much larger event, now in its ninth year since being revived, the Wheatfield Family Picnic was very well attended. The picnic included food, bounce houses, pony rides, a car show, a juggler and various animals, including a camel who could be fed with a small donation to the Party Animals, as well as, a demonstration by Rich Bull and his K-9, Chief.

“My name is Rich Bull and I am part of the Sheriff’s K9,” Bull said. “All my jokes are terrible and you might learn a thing or two about dog work.”

Bull told the crowd that for Chief every part of his work is actually play. He said that “bad drugs” were placed inside Chief’s chew toy, so when they investigated an area for illegal contraband, Chief thought he was sniffing around for his toy.

Chief’s sense of smell is incredibly more sensitive than our own. He and Bull showed the crowd how the dog could sniff an article of clothing and track down missing persons with just that one clue.

Then Bull showed Chief’s ferocity of taking down a bad guy with a mock arm. Believe me, you don’t want to be on the wrong side of this game of cops-and-robbers!

Around the picnic, one could pick out the organizers by their neon green shirts. All were happy to talk about what was happening.

“It’s all about service to the community, it’s all about doing something … think about this, people who live here in this town can now come here,” said Michael Zarbo, picnic committee chair, “They can have a great day with their children and their families, their parents as well, and it’s very inexpensive because everything’s free except for the food!”

“This whole thing is on the back of local businesses, and I hate to use that term because it sounds so negative, but it’s made possible because of the local businesses.”

On the last day of the Tribune’s wild weekend, it was “Music Mania Monday.” The bands played well, in fact, all of the hype proceeding the BBC Band’s arrival to the stage, much of it by Frank Vince, lead singer for the Jethro Tull cover band, Minstrels in the Gallery who opened for the ‘60s cover band was not just spin. They played immensely well.

The supervisor played “San Francisco” with the BBC Band who then played for another hour in front of hundreds of people standing and sitting on blankets.

“It’s a lot of moving parts, and it just comes together seamlessly,” Wallace said. 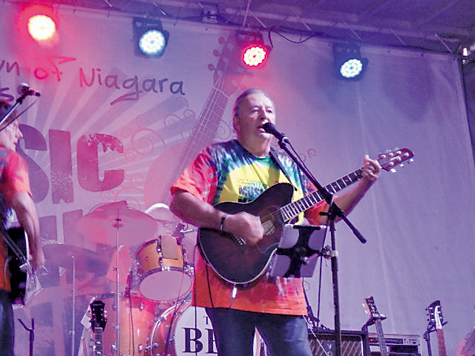