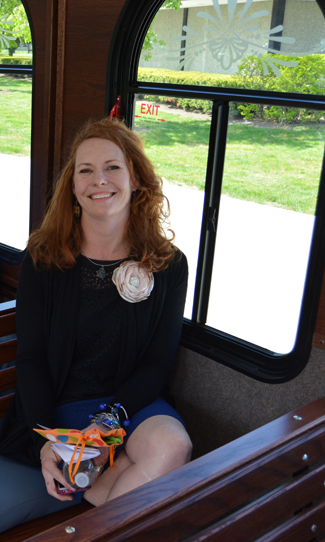 First launched in May of 2016 as a two-year pilot project led by the Niagara Falls National Heritage Area, the Discover Niagara Shuttle will soon be a permanent fixture along the 14-mile “Falls to Fort” route during the busy tourism season.

Elected leaders gathered Thursday to announce the shuttle’s status, and to say the 2019 season was extended through Oct. 15.

Niagara Falls National Heritage Area Executive Director Sara Capen said, “Through vision, partnership and collaboration, the Discover Niagara Shuttle is now a seamless part of the visitor experience in Niagara Falls and a vital component of our region's tourism infrastructure. The Niagara Falls National Heritage Area is grateful for all those who have championed the Discover Niagara Shuttle and supported a dedicated source of revenue ensuring that the service continues to exist for years to come.”

Since 2016, the free hop-on/hop-off shuttle route has grown from 14 stops to 17 destination sites with plans to look at adding additional stops and extensions in the future. Ridership, too, has increased from 23,813 in 2016 to an estimated 28,758 to date in 2019, representing over 5,000 more passengers.

In June, the New York State Assembly and Senate approved legislation dedicating a portion of the bed tax, collected from visitors to the region through hotel stays, to permanently support the shuttle service.

The growth of the Discover Niagara Shuttle is taking place as Niagara Falls is experiencing an assemblage of transformative investments and improvements along the route.

Congressman Brian Higgins said, “The Discover Niagara Shuttle project serves as a national model for the good work that comes from national heritage areas and the benefits the federal program brings to communities like Niagara Falls. Niagara Falls is undergoing a transformation, and the shuttle is serving as the link between all the good things happening in the Niagara Region.

“We are fortunate to have Sara Capen, who serves as a national leader for national heritage areas, leading this and other projects here in Western New York.”

Assemblyman Angelo J. Morinello said, "I am extremely pleased at the vision shown by Sara Capen (and) cohesive bipartisan efforts focused on a dedicated source of revenue for the Discover Niagara Shuttle. This accomplishment highlights what can be accomplished when partisan politics is put aside for the benefit of all."

Assemblyman Michael Norris said, "The Discover Niagara Shuttle is proving to be a true economic engine bringing tourists to key destinations, businesses and restaurants in our county. I am proud to work with director Sara Capen and local officials to promote and expand the shuttle's mission and success."

Niagara Falls Mayor Paul Dyster added, “The Discover Niagara Shuttle continues to serve both as a catalyst and complement to the many exciting developments that have taken place since its launch in 2016 and the many more still to come. We are proud to celebrate the Discover Niagara Shuttle and its unquestionable impact on our growing tourism economy as it solidifies its position as a permanent fixture here in the City of Niagara Falls and our region as a whole; and look forward to many more years of continued success!” 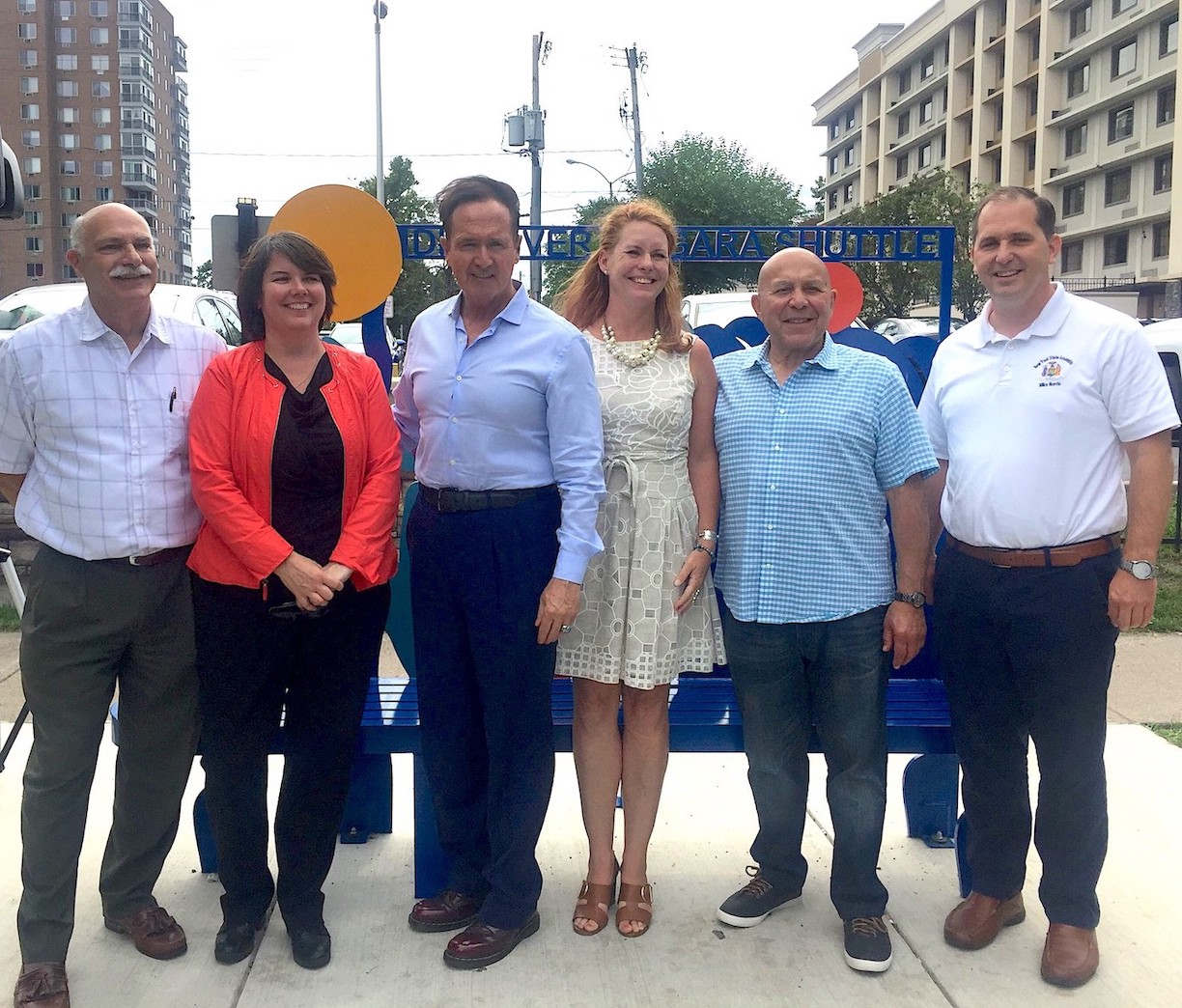 Examples of progress since the launch of the Discover Niagara Shuttle include:

•Robert Moses Parkway Removal: Removal of the Robert Moses Parkway, renamed the Niagara Scenic Parkway, is currently underway. Once complete, the project will replace an underutilized portion of the elevated highway with a reconstructed Whirlpool Street, open space, scenic overlooks and recreational trails that will reconnect Niagara Falls neighborhoods with the waterfront. The $40 million-plus project, funded by the New York Power Authority, marks the largest expansion of green space since the Niagara Reservation was designed in 1885.

•Niagara Falls Underground Railroad Heritage Center: The Niagara Falls Underground Railroad Heritage Center celebrated its grand opening in May of 2018 and has already received national accolades, including receiving an Award of Excellence from the American Association for State and Local History for its “One More River to Cross” exhibit; and being named in USA Today among the top 10 best new attractions in the nation.

•Aquarium of Niagara: The Aquarium of Niagara is continuing to grow in exhibits and visitors, recently setting a new annual attendance record of more than 300,000 people. In 2018, the aquarium opened “Penguin Coast,” a $3.5 million improvement to the penguin habitat. Over $470,000 was recently invested in the new “Aliens of the Sea” jellyfish exhibit, which opened earlier this year. Next up is a $1.85 million shark and ray bay feature.

•Niagara Falls Mural Project: The Niagara Falls National Heritage Area, in partnership with New York State Health Foundation, is leading a murals project featuring the work of local artists centered on the theme of freedom, and specifically what freedom means to the residents of Niagara Falls. Follow on Instagram @nfmurals.

•“Restore the Gorge”: The Western New York Land Conservancy is undertaking a project to restore the ecological health and diversity of the Niagara Gorge. The “Restore the Gorge” project, which began 2018, in is supported by $1 million from Buffalo Billion Phase II, nearly $1 million from Niagara River Greenway Commission’s Greenway Ecological Standing Committee, a $100,000 grant from Oath Community Benefit Fund for Niagara County by the Empire State Development, and a $25,000 grant from the federal/state NY Sea Grant.

•Hotel growth: Approximately 1,000 new rooms and $250 million investment has been made in Niagara Falls hotels in recent years, increasing opportunities for tourism and enhancing the stay for visitors. Projects include:

•Niagara Falls Train Station: A new Niagara Falls International Railway Station opened in 2016 supported by $16.5 million in federal transportation funding. It serves as a rail station for Amtrak passengers traveling various routes in the U.S. and Canada. It also is a connection point for NFTA buses and the Discover Niagara Shuttle.

The Niagara Falls National Heritage Area was designated by an act of Congress in 2008, and is a partnership with the National Park Service and the U.S. Department of the Interior. Its mission is to enhance public appreciation for the communities, significant historic and natural resources, and landscapes of the Niagara Region.

National heritage areas provide a substantial return on investment: $5.50 through the creation of jobs, revenue for local governments, community revitalization and heritage tourism, for every $1 of federal investment.