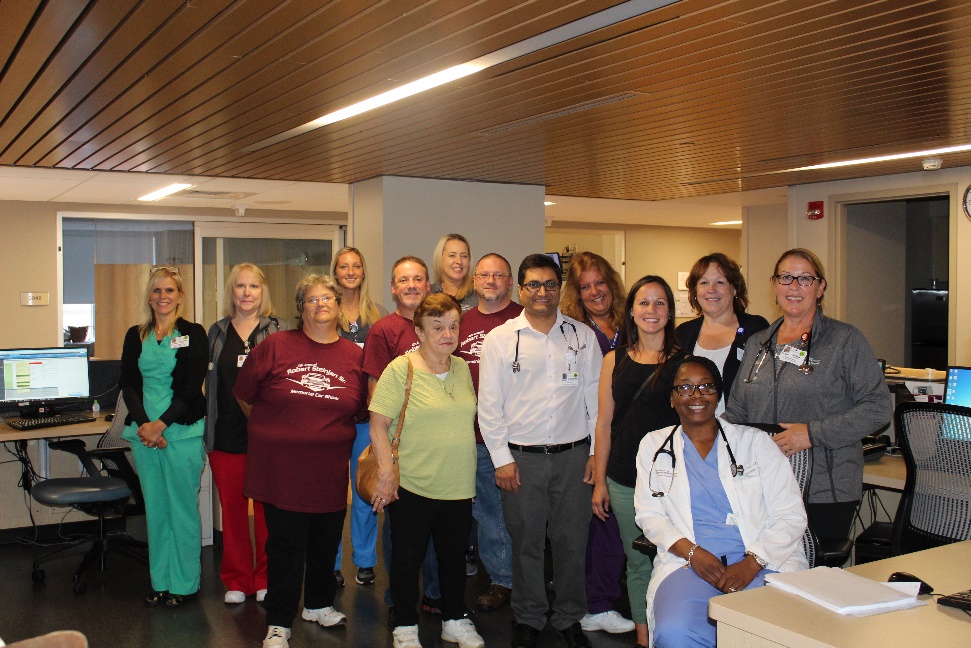 Niagara Falls Memorial Medical Center staffers were present for the recent presentation of a check for $7,750 by the family of the late Robert O. Steinjan Sr. The gift will support the hospital's inpatient cardiac and stroke care unit. Members of the Steinjan family present included Terri Steinjan, William Steinjan, Robert Steinjan Jr. and Betty Steinjan.

Robert O. Steinjan Sr., who died in 2015 at the age of 76, had chronic heart disease and was treated at Memorial after suffering both a stroke and a heart attack. His family was so favorably impressed by the care he received that members vowed to raise $25,000 for the new unit, which opened in January 2018, by holding an annual classic car show.

This year, the Steinjan family donated a portion of the proceeds to others who have been impacted by significant loss in their lives over the past couple of years.

“Our event was based on our personal loss of a loved one but, in the last two years, there have been other losses that I felt needed to be recognized,” William Steinjan said.

Frank Bellavia Sr., a dear friend of the family, passed away in February.

“With his passing, I wanted to show Frank’s family how much he meant to our family,” Steinjan said.

The family donated $1,000 of the car show proceeds to Niagara Hospice in Frank’s name.

In addition to Bellavia’s family, the Steinjans also took time to recognize one of Memorial’s own, cardiac and stroke care clinical coordinator Janet Kundl, R.N.

“Janet had a loss in her life that no parent should ever go through, and that was the loss of her son, Chris,” Steinjan said. “With her family’s loss and the loss of a childhood friend, we decided to take $1,000 and present it to Janet in Chris’ name for them to do something in his honor and to remember him by.”