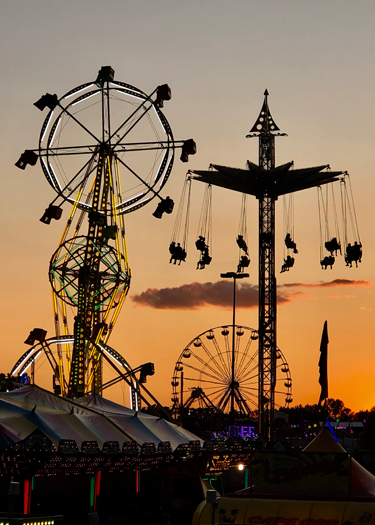 The all-time attendance record for the Erie County Fair was shattered as the “Best 12 Days of Summer” in Western New York concluded Sunday night. Final 2019 attendance is 1,238,456. This number represents a 3.3% increase from 2018 and makes 2019’s number the highest attended County Fair in the history of the Erie County Agricultural Society. The previous all-time record was achieved in 2014 (1,220,101).

Record-breaking attendance numbers are just one of the benchmarks used to measure the success of the annual event. With 52,968 pounds of canned food items collected, the County Fair’s opening day drive to benefit FeedMore WNY was the largest in its history – and ranks as Western New York’s largest food drive during the summer.

Highlights of the 180th Erie County Fair include sold-out and recording-breaking attendance for a number of concerts at the Gusto Grandstand, an expanded I-Hub Pavilion featuring STEM-related activities and displays, new dairy, viticulture and maple sugar exhibits in the Agriculture Discovery Center, and the return of the famous Sky Wheel to the midway.

During the first weekend of the County Fair, the James E. Strates Shows announced it had broken the all-time single-day gross revenue record on Aug. 10.

A press release noted, “The Erie County Agricultural Society would like to thank Western New York for its continued support of the Erie County Fair.”

The Erie County Agricultural Society is a private not-for-profit membership organization. Established in 1819, the society is the oldest civic organization in Western New York. The County Fair sponsor’s mission is to preserve and enhance, by educational endeavors, the agricultural and historical legacy of New York.