Gladys Irene (Walke) Kantenwein of Niagara Falls passed away peacefully on July 2, 2019. She was 96 years old.

Gladys was born on Feb. 25, 1923, the daughter of the late Ernest H. and Alice (Doddridge) Walke. She was the second of five children, with the last two being twins; Gladys was the first in her family to be born in the U.S.

She attended local schools and graduated in 1941 from Niagara Falls High School. She then worked in the international filing department at Union Carbide.

Gladys married William J. Kantenwein on July 26, 1947, and they remained happily married for nearly 55 years until his passing in 2002.

She was a talented seamstress who enjoyed arts and crafts, scrapbooking and Skippo, but her greatest joy was time spent with her children and grandchildren.

Gladys is survived by her daughter, Elizabeth (James) Foley; daughter-in-law Rena (late William R.) Kantenwein; four grandchildren: Michael J. (Jennifer) Foley, Kelly (Douglas) Rice, Douglas (Deanna) Kantenwein and Jill (Vaughn) Lowe. She is also survived by a brother, Raymond (late Lorraine) Walke; a niece, Nancy (John) Lasut, who was like her daughter; 10 great-grandchildren, three great-great-grandchildren and many nieces and nephews. In addition to her parents and loving husband, she was predeceased by her son, William Robert Kantenwein, and three siblings: Elsie Stickney and Robert and Ernest Walke.

In honoring Gladys’ wishes there was no visitation. Funeral services were held Tuesday, July 9, at Oakwood Cemetery in Niagara Falls. In lieu of flowers, donations may be made in Gladys’ name to Hospice of Buffalo Capital Fund, 225 Como Park Blvd., Cheektowaga, NY 14227. 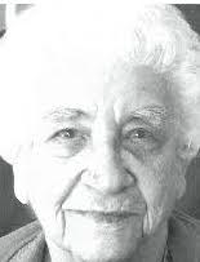