Patrick Joseph DeCillis, 96-plus, a formerly of Grand Island, died peacefully June 23, 2019, in Paducah, Kentucky, after a brief stay at Parkview Nursing and Rehab.

Patrick was born Oct. 2, 1922, in Rochester. He graduated from the University of Rochester in 1943 in three years with a Bachelor of Science in chemical engineering. In September 1943 he joined Hooker Chemical in Niagara Falls where he worked on the World War II Manhattan Project. Shortly afterwards, he met Doris Schaefer, a nursing student in The Army Nurses Corpa program. They went dancing that night and continued dancing for the next 70 years. They married in 1947, and that year he joined Mathieson Alkali Works (now Olin Corp) and worked there as manager of production and maintenance until he retired in 1983.

In 1949, they made their home on Grand Island. During that time, Pat was active in Scouting as a Cubmaster, assistant Scoutmaster and district commissioner. His other volunteer activities included president of the Band Boosters, as a loaned executive to the United Way of Niagara County, member of the Citizens Review Board, Board of Directors of the Alcoholism Council of Niagara County, the Grand Island Architectural Review Board, president of Olin Retirees Group, treasurer of the Tonawanda Retired Men’s Group and prepared taxes for the elderly under the AARP program. From 1948 to 2013, Pat was a member of the First Presbyterian Church of Tonawanda, where he served as a trustee, an elder on the finance, personnel and property committees, a deacon as treasurer and on the community action committee. He spent many hours, with his wife, helping the women’s groups.

In 2013, Pat and Doris relocated to Paducah from New York to be close to their three sons, who had retired there. They joined the First Presbyterian Church and until recently were regular attendees.

He is survived by his wife of almost 72 years; a younger sister, Dolores Harris of Miami, Florida: three sons, Patrick, James and Thomas, residing in Paducah, and many nieces and nephews including Susan Schaefer of Grand Island, Dave (Marriane) Schaefer of Orchard Park and James (Daryl) Schaefer of Paducah.

He was preceded in death by his parents, Antonetta (Pizzi) and Vincenzo; and his five older sisters: Angelina Mastrodonato, Mary Pedulla, Madylyn DeCarlo, Josephine D’Ettore and Rose Fraza.

Online condolences may be left at www.lindseyfuneral.com. 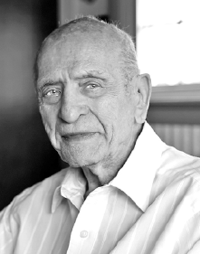