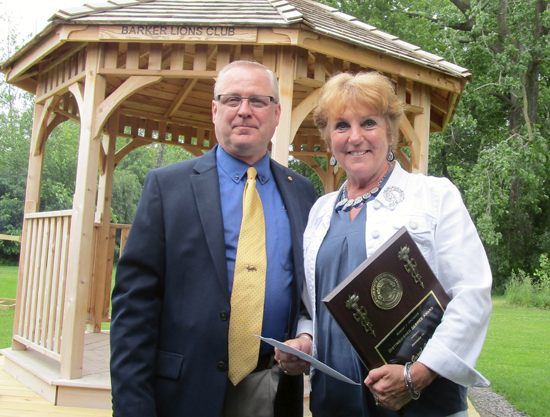 Anders was recognized for her commitment to Relay For Life and for encouraging others to have cancer screenings. The Barker Parents Music Boosters has raised funds to provide attire for all students participating in concerts and other band and chorus needs. It has also partnered with the Barker Lions for a pancake breakfast each March in honor of Music in our Schools Month.

A press release stated, “Lion Bob was an energetic and devoted Lion who devoted himself to promoting and advancing Lionism in Multiple District 20 and the world. He served our association with outstanding distinction and was the first recipient of the award given in his name. He served for many years as the co-chair of Lions Day at the United Nations. For his dedicated service, he received numerous honors and awards.”

Established in 1993, the award honors outstanding Lions, non-Lions and organizations that perform exemplary service to the club, district or community. These honorees possess the highest examples of Lionistic character, ideals, purpose and service. The award cannot be purchased by an individual; it must be presented as a club’s or district’s recognition of the recipient's service.

Worldwide, Lions clubs are recognized for their service to people who are blind and visually impaired. This service began when Helen Keller challenged Lions to become “knights of the blind in the crusade against darkness” during the 1925 Lions Clubs International Convention.

Barker Lions meet the first Wednesday of each month at the Lions Community Building on Main Street. For more information about the club or its services, email [email protected] or call 716-778-7001. 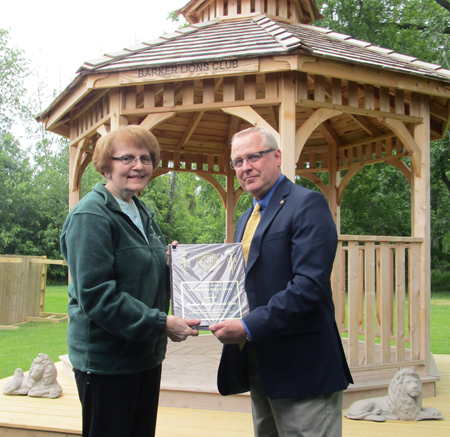