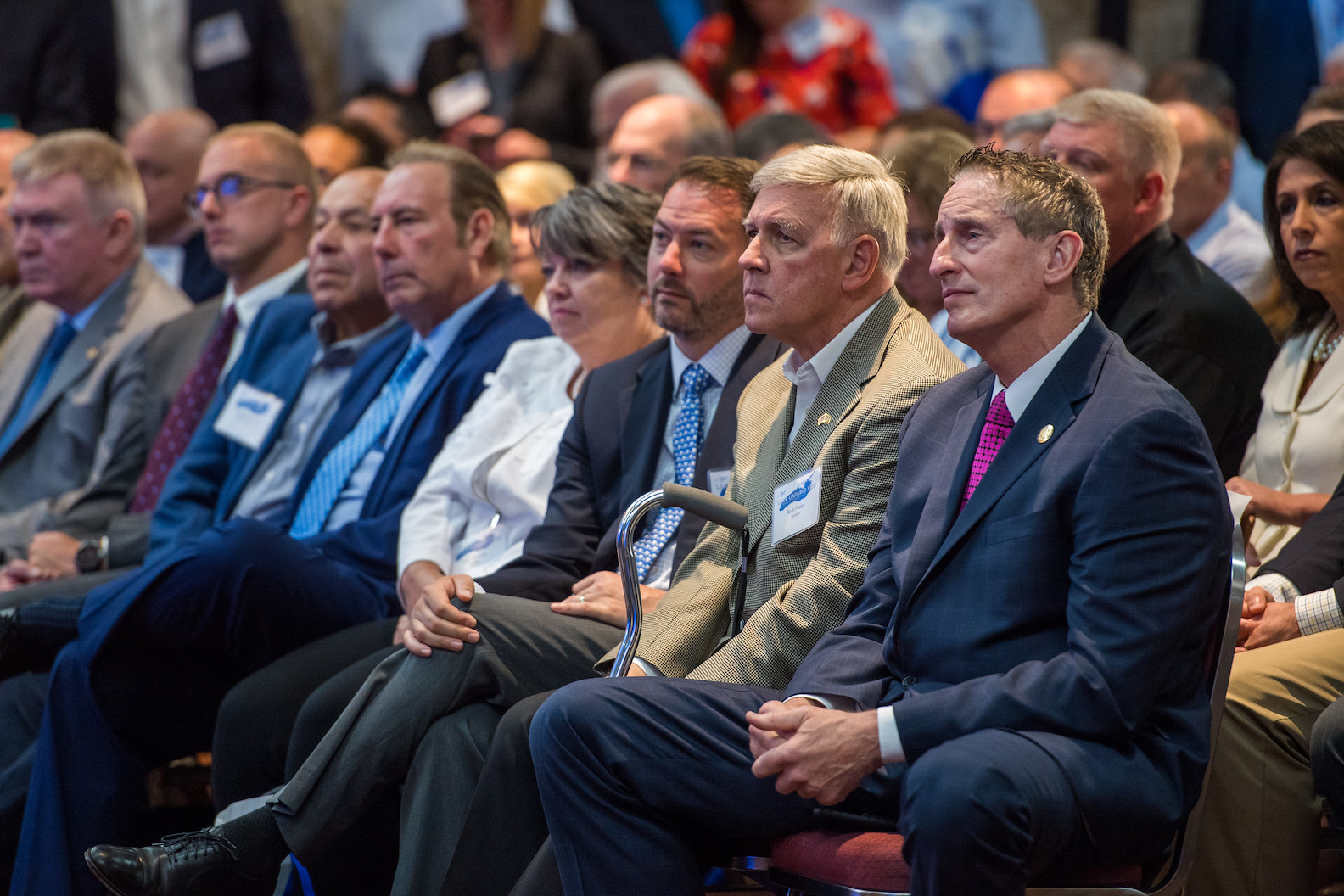 Gov. Andrew M. Cuomo on Monday hosted the first meeting of community leaders and the Lake Ontario Resiliency and Economic Development Initiative (REDI) Commission, where he announced up to $300 million in funding available for communities impacted by Lake Ontario flooding. Local governments will match 15% for every dollar the state spends.

The governor, the commission and more than 250 state and local officials from communities along the Lake Ontario and St. Lawrence River shorelines gathered in Rochester to develop plans to reduce risk to infrastructure along the lake's waterfront while strengthening the region's local economies, which are heavily dependent on summer tourism.

These areas have been devastated by flooding due to the lake's historic high-water levels twice: first in 2017 and again this year. In both cases, this flooding has caused widespread shoreline erosion, damaged coastline structures and jeopardized infrastructure.

Additionally, the governor deployed an additional 100 National Guard for sandbagging missions in the Lake Ontario communities.

"We are launching a bold effort to protect homes, businesses and people's livelihoods along the Lake Ontario shoreline by using the power of government and working in partnership with local communities," said Lt. Gov. Kathy Hochul, who spoke at the announcement. "We have a responsibility to be stewards of the lake and ensure we build back stronger and smarter for the future."

Since the previous record flooding of spring 2017, the state has committed more than $100 million to rebuild communities along the Lake Ontario shoreline that were devastated by flooding in 2017, only to again experience record-high water levels and flooding in those same communities this year. The approach developed by the REDI task force and any subsequent investments resulting from its recommendations will take into account the new reality facing these communities.

The commission has been touring and examining areas hard hit by flooding on Lake Ontario, including areas that were impacted by severe flooding in 2017. Cuomo’s camp wrote that, “With input and proposals from local leaders, the task force will develop a package of new actions – ranging from legislative changes to aid packages to executive actions – that will not just rebuild the shoreline, but improve resiliency to withstand whatever Mother Nature has in store in the future.”

At Monday’s meeting, local governments began to outline their infrastructure and economic development priorities to state officials who will award funding to projects identified by the REDI Commission. Local governments have until Labor Day to submit their projects for consideration.

The governor also announced the launch of a new website to help local leaders and members of the community experiencing flooding seek immediate help from the state. The website is designed to serve as a one-stop shop to connect New Yorkers living along the shores of Lake Ontario with the information they need to withstand rising waters. On the site, residents can obtain information ranging from how to request resources to lake level data to permitting and grant information. As the situation progresses, the site will be updated with additional resources that may be useful.

Basil Seggos, commissioner of New York's Department of Environmental Conservation, said, "The increase in intense and frequent storms and the ongoing issues created by a changing climate continue to challenge those of us who love the Lake Ontario and St. Lawrence region and want to see it thrive. That is why Gov. Cuomo directed DEC and other members of REDI to prioritize the protection of our coastal communities and their infrastructure by developing a comprehensive agenda to improve shoreline resiliency."

Dr. Gerrard P. Bushell, president and CEO of DASNY said, "DASNY is proud to contribute to Gov. Cuomo's REDI initiative and stands ready to assist the local communities impacted by rising water levels along Lake Ontario and the St. Lawrence River. By helping these regions build back stronger and smarter, we will make certain they can meet their future emergency needs and ensure long-term economic success."

Michael Kopy, the governor's director of emergency operations, said, "Sadly, we need to start looking at this flooding as the new normal and an ongoing problem until those responsible for managing water levels start doing a better job, and Mother Nature decides to cut us a break. With the governor's establishment of this REDI Commission, we will now able to look at implementing long-term solutions that will only bolster the effectiveness of our short-term emergency management operations the next time this happens."