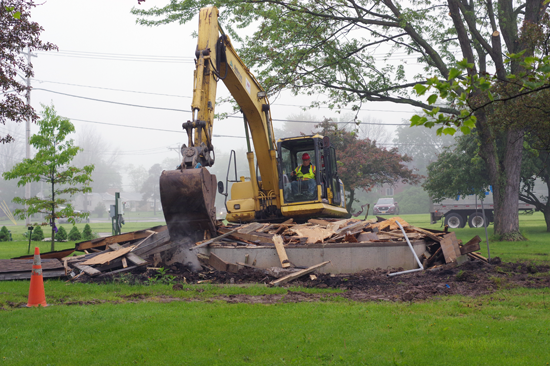 The Grand Island Rotary Club Gazebo in the Town Commons is no more after it was demolished Thursday morning.

The wooden gazebo that dated back to the early 1980s had been blocked off after the town deemed it unsafe.

Pictured, George Panepinto of Pinto Construction made quick work of the structure, which will be replaced by a newer gazebo in the fall.

“They’re donating their services and everything else,” Earne said.

“That saved us a ton of money,” said Councilwoman Jennifer Baney of the donation of services.

“We didn’t even go to them to ask. They came forward,” she said. “They were the ones that brainstormed the idea. ... We didn’t go as a town and say, ‘Hey, would you consider doing this for free?’ It was of their own doing.”

Baney said labor will be used through BOCES trade school student to build a new gazebo when the town comes up with a design. 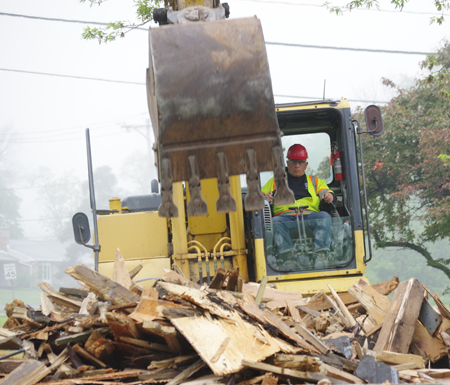