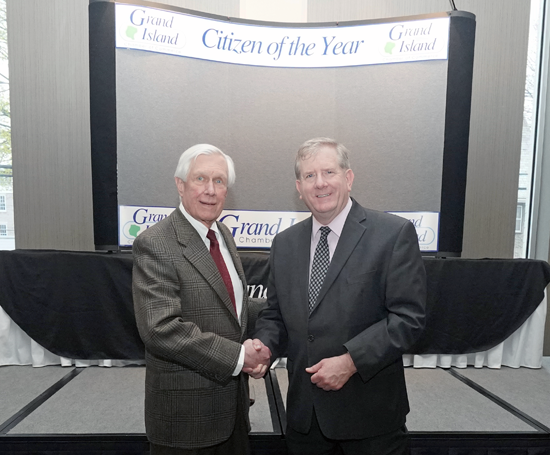 The Erie County Legislature at its May 9 meeting commemorated the 75th anniversary of the Island Dispatch.

Erie County 4th District Legislator Kevin Hardwick, who represents Grand Island in the legislature, presented the proclamation to the legislature for approval.

In making the proclamation, the legislature noted the Dispatch is an official newspaper of Erie County government and “an important resource” for residents and government on the Island “keeping them informed on local developments in the town.”

Founded by Ollie Howard in 1944, the Dispatch had been through six owners in 12 years until Skip Mazenauer purchased it in 1978, the proclamation said. The legislature congratulated the newspaper on its anniversary and wished “for many more years of service to the community and success.” Pictured, Mazenauer, left, is congratulated by Hardwick.